Toward a Trans Literature of the Everyday

Weiner’s deeply unsympathetic portrait of Peruvian transwomen who go to Europe to serve as prostitutes makes no mention of those who bravely remain in Peru and become activists to fight against the conditions that force others to flee. It is quite different from the photographic series “Virgenes de la Puerta” by Peruvian artist Juan Jose Barboza-Gubo, which brought international attention to the plight of transwomen and which, as Vice magazine wrote “pays homage to the strength and bravery of his country’s transgender community.” Examining Barboza-Gubo’s photographs, I felt that I was learning new things and seeing some key aspect of other people’s lives. To the contrary, I find what Weiner has written about transwomen to be sensationalistic, exoticizing, and offensive; it purports to take readers deep into a fascinating subculture, but lacks empathy and understanding, and it will only give its readers the same negative stereotypes that they have already encountered about transwomen.

Unbound, American academic Arlene Stein’s recent book on transmen, is far better: nuanced, sensitive, and sympathetic, it is a book that I learned a great deal from and am glad to have read, but it still presented many ideas that I think will mislead its audience. I believe that Stein is merely trying to present a more holistic, normalizing view of transpeople when she writes things like, “many transgender people are not particularly troubled—they’re simply longing for an alternative,” but this troubles me. While it’s true that there is a range to how deeply transpeople feel gender dysphoria, I’m very concerned by the impression Stein gives that transitioning is somehow a decision taken lightly. At one point Stein implies that some transmen decide to transition simply because they get tired of society thinking of them as butch lesbians, as though it’s just a matter of wanting to access the immense benefits of male privilege. Reading her book, one could come away with the idea that, particularly among Millennials, many progressive young women are just one decision away from becoming transmen, but the facts of the matter don’t bear out her thesis—studies indicate that much less than one percent of the population currently identifies as transgender, even among Millennials.

Likewise, I understand Stein’s good intentions against medicalizing matters of identity when she later writes, ‘gender dysphoria might be seen as a medical term for a cultural problem: our inability . . . to tolerate gender variance, and celebrate it.” But again, this rather brusquely casts aside the countless transpeople who have felt a diagnosis of gender dysphoria to be life-saving. Many of us have lived quite successfully as nonbinary for years, eventually realizing that this would never be enough. In my own case, I enjoyed those years of feeling like a gender outlaw, and I desperately hoped that the freedom to dress and act as I deemed appropriate would be what I was looking for. It was not—I eventually accepted that what I needed was to make my body and mind as much as possible like that of someone assigned female at birth. For those who experience gender dysphoria in this way, it is not simply a matter of making space for effeminate men, masculine women, and a more complicated idea of gender; we primarily transition not to access cultural benefits or to better align with our sexualities but because it’s the only thing we’ve found that truly addresses our gender dysphoria. Unbound marginalizes us and implies at many points that we are lesser transpeople than the true gender outlaws, who delight in blurring the lines while euphorically constructing dozens of entirely new gender identities.

Last of all, when Stein calls gender dysphoria a “First World problem,” I understand what she’s saying, but I find her remark incredibly condescending and limited. I mention it here because this, more than anything else I read in Unbound, made me see just how much even someone like Stein misapprehends our existence. People choose to transition because gender dysphoria is something we think about every single day—it’s a continuous, omnipresent concern of our lives, and it never, ever goes away. It’s absolutely not something that only comes about once we’ve taken care of more fundamental concerns. It’s true that if you’re starving because you’re desperately impoverished, the need to find food will take precedence over every other concern you might have, but it does nothing to obliterate the discomfort and pain you feel in your own skin. You’ll just be starving and dysphoric at the same time. Just ask the transpeople in developing countries, like Peruvian activists I mentioned above, or the Salvadorians who seek asylum in this country so that they can better access their true gender, or the people I have seen on Instagram, who leave everything behind to flee intolerant societies and live in countries where they can have the medical treatment they need.

“For decades transpeople have been creating a body of literature reflecting our existences.”

Stein is clearly an intelligent, sensitive woman. I applaud her for her humility and courage in revealing many of her prior misconceptions, and for admitting that writing Unbound gave her a much richer understanding of transgender. But when I read a book like this, which has received mainstream acclaim in places like The New York Times and Harper’s, I am deeply concerned that Stein’s smartness—as well as her intellectual bona fides as an academic and respected writer—will persuade people that her understanding of a transperson’s existence is more than or equally valid to our own. I am afraid that the thousands of people who will read Unbound will come away understanding that transgender is a “First World problem,” or that those of us who simply want to transition are old-guard dinosaurs who will eventually get out of the way of the Millennial gender outlaws who don’t want anything so pedestrian as a normal human body.

What these and other books have made me reflect on is something I first encountered in transwoman Julia Serano’s book Whipping Girl, the idea that it’s imperative for transpeople to create our own body of writing about our lives. This is particularly necessary now, when the boom in mainstream interest in trans culture has led many outsiders to represent us in popular film, TV, and books—even when these portrayals are intelligent and sensitive, they often promote serious misconceptions.

Of course, for decades transpeople have been creating a body of literature reflecting our existences, and I am deeply thankful for these pioneers who have paved the way for transwomen like myself, but now we are at a point in time when this sort of work can be something altogether different. I view what we are capable of now as analogous to the work that has been done by many other minority groups in America, who have undertaken the process of creating a body of art that speaks to their lives. Despite the fact that the Trump Administration and other governmental powers fight to discriminate against us, deny us needed medical services, and altogether efface our existence as human beings, I am proud of the space that my nation makes for people like myself to create and circulate this knowledge. I find it incredibly inspiring to think that I can participate in such a meaningful task, and it gives a drive to my life that I never had when I saw myself as a straight white male.

What I am most interested in right now is constructing portraits of ourselves as everyday people. When I recently watched the Oscar-winning film A Fantastic Woman, starring Chilean transwoman Daniela Vega, I began with trepidation because I was afraid that I would quickly become envious of a flawless cinematic construct that made my own attempts at femininity feel pathetic. What I found instead was a flawed, resilient, and deeply relatable protagonist who had to constantly deal with the fact of not passing (despite the fact that she is quite beautiful), and who believed herself female in spite of that fact. Because this character was so honestly, compassionately, and mundanely portrayed, it made the film empowering for me, and I found it so much easier to love myself and walk around in public after I had watched it.

I would also mention transwoman Casey Plett’s recent novel Little Fish; although the protagonist of this novel is a working-class Mennonite—someone with whom I have little in common culturally—I could nonetheless relate to her very much because of Plett’s skill and authenticity in rendering her existence. She is no activist fighting to deconstruct the gender binary, she is just a normal person struggling to live a dignified life—Plett’s novel is fundamentally concerned with embodying this character, one who just happens to be trans. This is why it works so well.

I could go on: for instance, the interviews that I have read with Daniel Mallory Ortberg about his transition represent a trans life in such down-to-earth and charming terms. They make me hope very much that he will write more and more at length on his experiences. And there are many more examples. Much more than Unbound, I would rather give Little Fish, A Fantastic Woman, or these interviews to a friend wanting to understand the trans experience.

While there is certainly still very much room to create stories about transpeople as outliers and activists, those stories have largely dominated art about transpeople. What we have not seen so much of are the transpeople who have to deal with the everyday stresses and emotions that are commonly the focus of stories about cis-gendered individuals. I think it is these stories that will do the most good for the transpeople out there fighting to discover their identities and live happy lives, and I think they will be the truest depictions of us for the many Americans who have never knowingly met a transperson or deeply engaged with one. I’m very pleased that in the trans memoir and articles that I’ve already written, I’ve begun participating in this process without even realizing it. In the future I will be doing it more intentionally and thoughtfully, and I hope that transpeople of all varieties and backgrounds will join me.

Amanda Stern On Anxiety, Becoming a Writer, and Rilke! 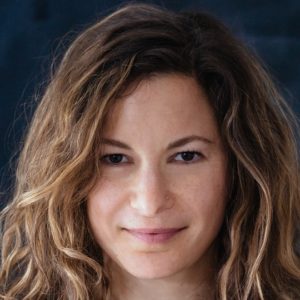 Amanda Stern On Anxiety, Becoming a Writer, and Rilke!

WS: Hi. I’m Will Schwalbe, and this is But That’s Another Story. From time to time I have a terrifying dream. I call...
© LitHub
Back to top