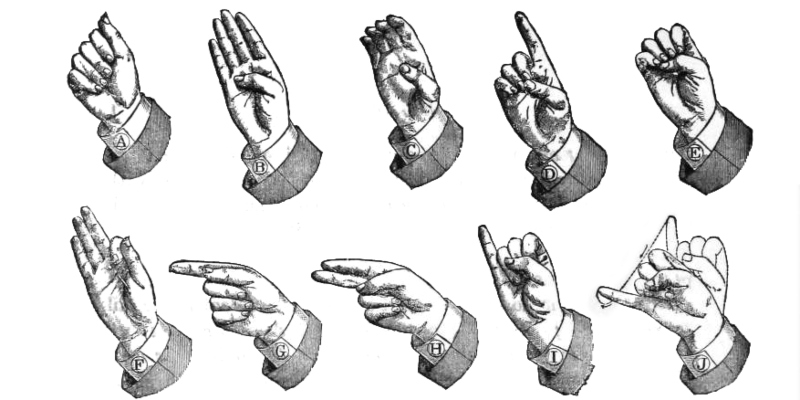 When I was eight, I transferred from a deaf school to my local elementary school. It was a shock; the deaf school, where I was surrounded by deaf classmates and sign language, was the only learning environment I’d ever known. Now I was thrust into a place where I was the only deaf student.

In my new school, I worked with a sign language interpreter who helped me understand everything that was happening around me. When the interpreter wasn’t around, I paid attention to people’s mouths. I pulled clues from their movements and attached words and meaning to them, learning, bit by bit, how to read lips. I quickly tired of this and retreated to the library. With its no-noise policy and shelves of stories, it was a relief. Every recess, I read pages instead of reading lips; the dialogue was laid out for me, and I didn’t have to fill in gaps.

Stories held more meaning for me than people did, and stories were my tool for learning about the hearing world in which I lived. Romance novels taught me about how hearing people moaned in pleasure. Thrillers and mysteries taught me how whispers and secret conversations took place in shadowed hallways or forgotten rooms. Science fiction taught me about the possibility of technology that would foreshadow health concerns, birth defects, lifelong disabilities, and premature death.

Stories also taught me about hearing people’s perceptions about deaf people: we were apparently fragile, strange beings. We were unreachable, untamed, unwilling to bend to popular (read: hearing) opinion. We had personhood, but little agency and autonomy.

By the time I reached college, my signing skills had declined—when I moved away from the deaf school, I replaced signing with hours of speech therapy. When I started signing regularly again, months after I graduated from high school, I struggled to remember basic words and phrasing.

“You’re so English, so robotic,” a college classmate told me once when we were signing together. “Do you even know ASL?”

Stories were my tool for learning about the hearing world in which I lived.

I felt my back straighten, my defenses up. “Yeah, of course,” I replied. I had started learning language at a deaf school, after all. Sign language had been my first mode of communication, my first entry into any community. “Am I not doing it right?” I asked.

“Use your body. It’s more than just hands.”

As I relearned ASL, I also discovered Deaf authors. I thrilled in finding people like me who were adding nuance and cultural specificity as they wrote about Deaf people. In those stories, Deaf people had power and agency in a narrative. As I adopted a “big-D” Deaf identity (the uppercase D signifies a cultural identity, rather than a medical condition) and grew into a Deaf adult, I turned to literature written by Deaf writers to validate my existence.

The more I read this, the more it dissatisfied me. When I think about sign language, it is entirely on its own, as a language separate from English—even if Deaf students are often taught how to write English in conjecture with ASL. (The deaf school I attended often adopted English grammar rules and syntax in signing to better teach us English.) But to write in English about someone signing is to translate one language to another; when Deaf authors wrote sign language into English, those Deaf authors did so through translation, through the act of converting one language to another.

To see sign language and English as interchangeable ignores the cultural legacy that comes with sign language.

If you use sign language, you sublimate yourself within the Deaf community. You step away from English and the mainstream for a space and language outside standard expectations.

If we use ASL in our stories, we should acknowledge ASL as it is: a language of its own. It is a language of the body. Sign language begins and ends in the body.

Every conversion needs a beginning point. It’s why we acknowledge translated books’ native languages, and the story’s translators, before the story begins.

Some Deaf authors have tried to bring as much of sign language into English instead of translating sign language into English. Those Deaf authors have tried to retain the traits of sign language while writing in English. One possible approach is to write stories with signed dialogue that adopts ASL grammar in order to literally show how this dialogue looks to a Deaf person. In essence, ASL syntax is rendered in written English. This form is commonly known as ASL gloss. For example, in Raymond Luczak’s Men with their Hands, Luczak translates a character’s signing the simple phrase, “sorry I’m late,” into, “Sorry-sorry me l-a-t-e.”

This approach of rendering signed dialogue gets the grammar and spelling of ASL on the page, but I would argue that it doesn’t fully acknowledge the spatial and physical needs of ASL, and it also misses the emotional nuance of this language. Someone who doesn’t know ASL wouldn’t know why sorry (a sign that’s made with your fist rubbing in a circle upon your chest, as if you’re washing your heart) is repeated twice, or why the word late is spelled out.

They wouldn’t realize the specificity of what is being communicated when a person repeats a sign or spells out a word. This approach, in effect, portrays sign language as akin to English, albeit following different syntax rules. There is little acknowledgment of how the body works to create the dialogue on the page, and why.

For someone to know what happens with the character’s body and just how they sign, they would have to know sign language to the point where they could visualize the phrases in their mind.

Therein lies the contradiction of this method: to render ASL in written English with its syntax intact is to create a strange tension. There is the grammar of ASL, preserved and captured only in syntax—but syntax is only part of a language. To try to render ASL in writing is to suspend yourself halfway between ASL and English.

To do justice to ASL, we need to treat it on its own terms.

ASL comes from the body. Signs are made, not just with hands, but with fingers, arms, chests, jawlines, faces. ASL teachers often emphasize facial expressions and the direction and spatial specificities of any given signs. And, depending on the context and the emotional climate, a sign could either be delivered languidly or quickly. A sign could be delivered, heavy with tension, the hand vibrating with emotion. Before we consider approaching English, we need to think about what the body is doing. What does the body do? How does the hand form the shape? Is the character struggling to sign? Is whoever watching noticing? Do they care?

As someone who existed in a liminal space before finding community and finding communication, I want sign language in literature to have its place as its own language. I want it to take up space on the page, as it is. I want to ground it in where it begins. I don’t want to read about it only in a language that either converts it or strips it of nuance. Just as I found a space, eventually, where I could grow into my identity as a Deaf person, I want the written page to be a space for sign language and its idiosyncrasies to spread out and be seen as what it is: a language that is acknowledged where it begins.

Ross Showalter is a Deaf queer writer based in the Pacific Northwest. His short stories, personal essays, and critical pieces have published in The New York Times, Electric Literature, Strange Horizons, Catapult, Black Warrior Review, and elsewhere. His work has been a finalist for the Best of the Net anthology, included on Entropy Magazine’s Best of the Year lists, and supported by the Anderson Center and Deaf Spotlight. He earned his BFA in creative writing from Portland State University and he currently teaches creative writing courses in UCLA Extension Writers’ Program. 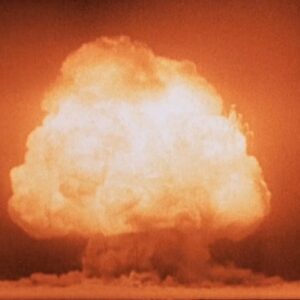