Totally, Radically Baldwin: Raoul Peck on I Am Not Your Negro

Craig Hubert Interviews the Director about his Oscar-Nominated Documentary

In 1979, the writer James Baldwin began working on a new project. “Remember This House” was originally conceived as a piece written for The New Yorker that would be a tour through Baldwin’s memory of the civil rights movement. The article never happened—parts of the original idea eventually migrated to Pat Hartley & Dick Fontaine’s documentary I Heard it Through the Grapevine (1982)—but as the decade progressed, Baldwin kept returning to project, over and over again.  It became the foundation of a book proposal that was never completed, now focused on the intersecting lives of civil rights leaders Medgar Evers, Malcolm X, and Martin Luther King, Jr., and a film project with the Maysles Brothers that was discussed before Baldwin’s death in 1987.

When the Haitian filmmaker Raoul Peck began developing a film about James Baldwin around 2006, with the assistance of the author’s estate, he saw the unfinished “Remember This House” as the crucial centerpiece that, because of its cumulative stature and open-endedness, allowed him to bring Baldwin into conversation with a present-day audience. As a teenager, Peck had been transformed by Baldwin’s words, partly because there was a direct connection between writer and reader that couldn’t be found anywhere else. It felt like Baldwin was speaking right to him, and the film needed that same immediacy and focus.

“I Am Not Your Negro,” the resulting film that will be released in theaters tomorrow, achieves this through an intimate relationship with its subject. Baldwin’s words, for the most part, are the only words you hear in the film, whether it be through voice-over (read by the actor Samuel L. Jackson) or archival footage of Baldwin’s many television appearances. The film, which was recently nominated for an Academy Award, is a staggering achievement of synthesis, jumping around many different points of Baldwin’s evolving thought—about race and power and the realization that, as Baldwin says in the film, “my countrymen were my enemy”—to produce not just a visual memoir but an immediate call to action.

In a recent conversation, Peck explained what it meant to read Baldwin as a young man, how “I Am Not Your Negro” was conceived as an “open project,” and how it relates to the present day.

Craig Hubert: When you did first become aware of Baldwin?

Raoul Peck: I was a teenager, probably somewhere between finishing my school years and going to college. It must have been The Fire Next Time that I read first. I have read French literature, German literature, American literature, most of Latin American and Caribbean literature, and there are not many authors who are much more than authors. Baldwin spoke of real life; he spoke of who you are as a minority or as a black person or as a gay person or as a woman. He gives you a very structural way to analyze everything around you. So it’s not just about literature—it’s about life, it’s about history, it’s about the narrative that you’re given when you’re born, and how you deal with it, and how to recognize it as well. This is a rarity.

CH: Do you see the influence of Baldwin on your film work previous to I Am Not Your Negro?

RP: I’m a total product of Baldwin, along with a few other thinkers. I learned from him very early about the strength and the impact of film: as a central form of not only art, but propaganda. We are all deeply entranced by film—the image and the narrative are transporting. Having read some of his criticism and his views on narrative, at a time when I didn’t have models to look at, was very influential. Don’t forget: for a young black man in the 1960s, aside from a few Latin American and Caribbean authors, there were not many things around to help you understand your world. It could be frustrating to read, let’s say Faulkner, and you’re totally in the story, and then at one moment you realize the character that is the closest to you is maybe the fifth, the sixth, or the eighth character. They are not the main character. Then you turn the page, and you bump into something totally racist. You realize the book was not written with you in mind. It’s like this all your life. That’s why for me every single line of this film is like the Bible. Our lives were never separated from reality and the contradiction of it. We were living in a contradictory world from the beginning. And it’s continuing on until today. I can’t say that I see myself or the people around me when I watch The Real Housewives of Atlanta, or am surprised by the conversations about “Oscars So White” every single year.

CH: When did you start developing this film?

RP: I decided to make the film more than ten years ago. I managed to get access to the estate of James Baldwin. That was everything, because I knew without being close to the estate, having their confidence and trust, this project would not have been possible.

CH: Where did you begin?

RP: It was an open project. I did not know what would ultimately be the result of this process. The only things I knew was I had to make sure this film was unprecedented, totally original in its form and in its content. I had to develop the proper way for Baldwin to be seen in a movie. For that, I needed time and access. The film is the result of this process. The longer you work on something, the more layered and mature it becomes. If I made this film three or four years ago, it would have been poorer.

CH: Did recent events like Ferguson, which you show in the film, make the completion of the project more urgent?

CP: No. I wanted the film to go to the fundamentals. What are the fundamentals? That nothing has changed, basically. So whatever happened in terms of the news, the only thing it can tell me regarding the film is we were right from the beginning. This film works not because of what is happening around us in the news. It will work ten years from now, and ten years further. I did send a team to Ferguson because I knew something symbolic was happening. But it took me time to figure out what the right footage would be. I wanted to avoid any images that would remind people of the news coverage. I had to find the proper approach, the proper images, and how to include it in the film. I was never running after the news. The killing of these young boys was, of course, an incredible source of reality coming into the film. But I had to find an artistic way to include it in the film, as a symbolic occurrence. If it was just news, I would have had to include hundreds of names people who were killed just in the last few years.

CH: You use “Remember This House,” an outline Baldwin wrote for a proposed book before he died, as the structure for your film. Why did you choose this material as the foundation?

RP: Baldwin was so multilayered. He had so many different projects, all of them open on his desk; he would work on one, leave it, go back to another one, change titles, use pieces of one in another essay. This particular book was, for Baldwin, it seems, one of the most important. It was a chance for him to go back over the last 40 years, the loss of these three friends, and link them. They were all icons, they all died before they were 40, and they all became closer politically. People forget that Martin Luther King, Jr. became a rebel. The speeches of his last two years are radical, and Malcolm X’s discourse also changed, after he gained more perspective following his travels. When I saw Baldwin’s pages I thought, this is the film. It opened an entire universe and allowed me to go everywhere in Baldwin’s work to find the book that was never written. I knew it was buried somewhere.

CH: Were there things about the film that you noticed changed during this long process? Not because of what was happening in the news, but because of your own evolution of thinking about Baldwin?

RP: No, because Baldwin was so totally in my way of thinking and analyzing the world around me that it was not about discovering anything new. When I said that this film was ten years in the making, that’s not really true. Really, the 35 years prior were just as important. I was already making this film; he was already a part of me. The urgency I felt was, How do I share this with everyone else? How do I give the younger generation the opportunity to profit from him the way I did in my life and work? There are very few thinkers who have this capacity to play that kind of role in somebody’s life. In the same way that Shakespeare is at the center of every playwright because what he explored was unique, Baldwin, in his own way, is the center of many things. He invented a language. This will continue for a long time. He’s still original; you can’t imitate him.

CH: Do you think of your film as somehow completing his unfinished project?

RP: The film does several things. First, it makes sure Baldwin will never be forgotten. That is a victory, because people have started to push him aside. The film will circulate, and it will only bring people back to his books.That was the idea: to make sure his legacy will continue. For that to happen, the film had to be totally, radically Baldwin. It had to be a direct confrontation between Baldwin and the audience. The perspective of the film is Baldwin; he is telling the story. He is pointing his finger at you, looking at you through the camera. 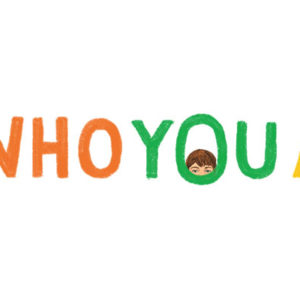 As a parent who cares deeply about raising a socially aware, compassionate kid, I’m always on the lookout for books that...
© LitHub
Back to top