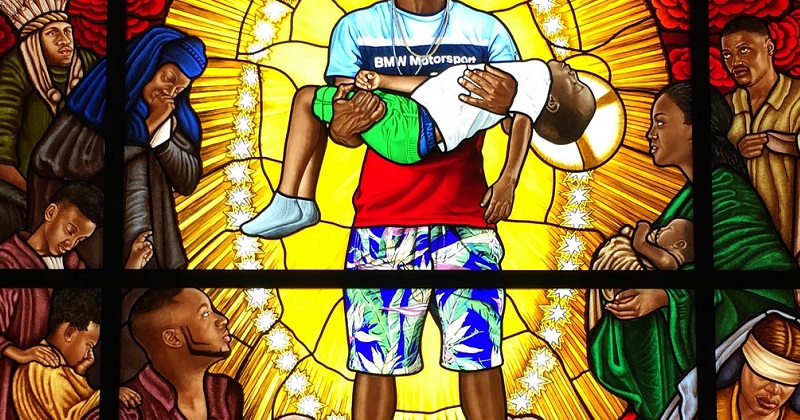 From Her Collection When Rap Spoke Straight To God

the story of a woman. How the skies

came out of her wherever. Spacious skies.

time of the month spreads deep. That kind of K

you see in Crux, that’s her. The bloody new

moon, her. Yessir, you’re going to have to swing

a huge dick if you’re going to hit it.

came out of triumph. Trump (verb): play a trump

through my sewing machine, connecting this

for force. It isn’t dark enough. My new

of things. Tonight, okay, if any world

were new. Ever. If swinging skies were spume

preserved in amber. If Trump.

but would totally go liberal for you;

at a gas station, a man’s Damn girl, those tits

knocks me into the pump and I, too, can

When I was young, in our basement, where Africa

hung on the wall, my parents danced to Isaac Hayes’s

It happens. So I tell myself.

would wash off the smell of a cop’s night shift, maybe

refill the sockets of his knocked-out teeth. 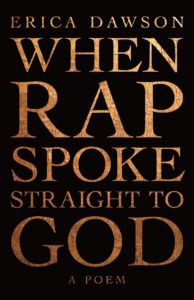 Erica Dawson is the author of two previous collections of poetry: The Small Blades Hurt (Measure Press, 2014), winner of the 2016 Poets’ Prize, and Big-Eyed Afraid (Waywiser Press, 2007), winner of the 2006 Anthony Hecht Poetry Prize. Her work has appeared in Bennington Review; three editions of Best American Poetry; Crazyhorse; the Pushcart Prize XLII: Best of the Small Presses; Virginia Quarterly Review; and numerous other journals and anthologies. She is an associate professor at University of Tampa, where she also directs the low-residency MFA program.
Share: 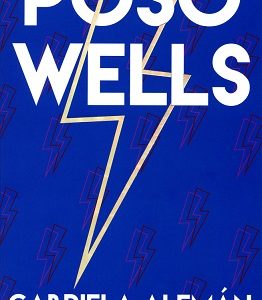