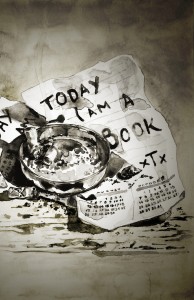 xTx is a writer living in Southern California. Her story collection, Normally Special is available from Tiny Hardcore Press; her chapbook, Billie the Bull, is available from Dzanc Books. xTx’s story, “The Mill Pond” won the 2012 storySouth Million Writers Award.

Today I Am A Whore

Today I am a whore. But it’s only because a meteor is about to hit the earth. It’s the size of El Capitan. Every scientist is in agreement on this one. Every trajectory measurement points to impact. The end of the world as we know it. For real this time.

I wasn’t a whore two weeks ago. Only since this meteor business. Only in the past 5 days.

But, I’m all, “Sorry, Bob.” And then I drive to any bar in any city in any town in any country that exists and fuck everyone there. I fuck Chinese guys, Tahitian guys, Argentinean guys, Canadian guys, French-Canadian guys, Irish guys, Filipino guys, Japanese guys, German guys, Haitian guys, Russian guys and guys from Philadelphia. I fuck guys from Brazil, the Congo, Iceland, The Netherlands, Zimbabwe, Sweden, England, Greece, Thailand, Italy, South Korea, India, Vietnam and Brooklyn. I also fuck a bunch of ladies, bartenders, a mature twelve year old, two large dogs and a man claiming to be an extraterrestrial.

Bars no longer have tables and chairs, only mattresses and tons of sheets and towels. All the stools and tables have been piled out in front of the bars like a pyre waiting to happen. Most have already happened. Our cities look like the meteor has already touched down. It’s frightening.

When I am too sore from all the fucking I leave whatever bar I’m in and go home. The first thing I do when I squint into the day or moonlight, fresh air on my sticky-slick skin, is stare up into the sky and look for the meteor. So far nothing. The sky sits clear and innocent. But they assure us it’s there and it’s only a matter of days.

I go home to Bob and the kids.

I shower and sleep and the next day he begs me to stay again.

Today I Am A Farmer

Today I am a farmer. Everything I grow is dying. There’s a window upstairs where she watches. I keep my smile on. I wave into the sun, squinting. She’s dying too; she doesn’t need more worry from me.

When I see the stalks are right, I pull them. Each time thinking, this time will be different. This time I’ll see an intact casing with a hue even and full. I’ll be able to swing them into the bed with confidence, trusting they’ll make a hard thud against the others; a sound indicative of unripeness, a thick promise of rewards to come. I’ll be able to work a fruitful morning before the heat of the sun becomes unbearable with the coming noon. I’ll be able to haul my bounty into the cool of the shed, go in and make lunch, sit with her without fret. Just a regular day with a regular crop.

But it never is.

So many things happen when I pull the stalks. I find myself bracing. There is a clench in my chest and jaw. I suck my breath. I think a quick segment of prayer. A section of words God should be familiar with. I tighten the part of me that threatens to collapse into despair and fear. All of this takes place in the moment before the pull.

When the pull happens, there is a natural release that comes with the process. Taking something out of something else using force has an inherent satisfaction. They way it holds then relents. How it lets go into you; a type of giving. So, there is that feeling, but it is false. It is a trick. The pleasure is as fleeting as a sneeze.

With the pull comes the disgust. Which variation will be hanging off the green in my fist? None of them the same, yet all of them bulbous and dripping. All of them with a fecal, rotting stench. The fleshy, oozed gapings exposing further, internal horrors.

How many wounds can I pull from the earth?

I want to hurl each one of them. I want to build a pyre and feed them into it. But I cannot. I have no choice but to toss them into the truck bed, hear the wet slap and gurgled cries as they join the growing pile. She is watching from the window. She must see nothing different.

The harvest squirms. My mind screams.

If I know they can die, I know I can be rid of them. I can clear my field and start anew. I can go to her with peace in my heart and tell her everything is just fine and she will smile at me in her new weak way that will make me almost believe it.

From TODAY I AM A BOOK. Used with the permission of Civil Coping Mechanisms. Copyright © 2015 by xTx. 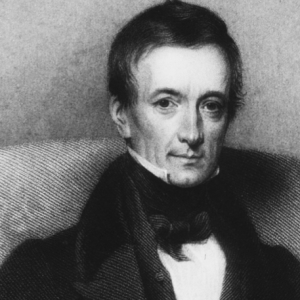 LitHub Daily: April 29, 2015 When Antonio Ruiz-Camacho began writing in English at 35, he wondered "Why is it uninvited instead of non-invited?”...
© LitHub
Back to top