From the Collection Your Kingdom

I write something down for my future self. I

want it to change what my self does later.

I want it to make my future self know the past thought. Rude

time has a role in this.

(Then when I’m a hundred I’ll hoot like an owl).

Like a ﬁsh that sends itself a signal: This electrical output is from me! so it

doesn’t get confused by another ﬁsh’s message, mistake itself for

I’ll read those marks later and know what to do: Write cephalopod poem.

Or who I am, writing. I am signaling

to myself to get organized, just like cells tangled

up in trying to build a tentacle.

Here, I’ve written it. Cephalopod Poem. Along with everything else going

on inside you, it’s a memory

of the ﬁrst chemical kisses

not on earth, because earth didn’t exist yet when all 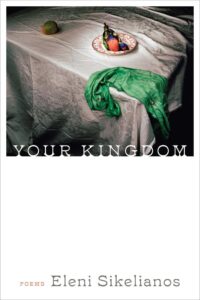 Excerpted from Your Kingdom by Eleni Sikelianos. Copyright © 2022. Available from Coffee House Press.

Eleni Sikelianos was born and grew up in California, and has lived in New York, Paris, Athens (Greece), Colorado, and now, Providence. She is the author of nine books of poetry, most recently What I Knew and Make Yourself Happy, and two hybrid memoir-verse-image-novels, The Book of Jon and You Animal Machine. A number of her books have appeared in French and one in Greek, and her work has been translated into many other languages. She has been at the forefront of ecopoetics and hybrid work since the early 2000s, exploring family as well as animal lineages. Her work has been widely fêted and anthologized, garnering numerous awards, including from the National Endowment for the Arts, the Fulbright Program, the National Poetry Series, New York Foundation for the Arts, Princeton University’s Seeger Center, and the Gertrude Stein Awards in Innovative American Poetry. Dedicated to the many ways poetry manifests in communities, she has taught workshops in public schools, homeless shelters, and prisons, and collaborated with musicians, filmmakers, and visual artists. She currently teaches at Brown University.
Share:

Free virtual writing workshops and literary events to check out this January. 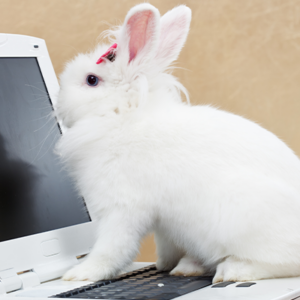 Free virtual writing workshops and literary events to check out this January. If your New Year's resolution was something along the lines of: attend more events or be a better literary citizen, I have...
© LitHub
Back to top
Loading Comments...