Ryan Chapman hosts Nerd Jeopardy, the online literary game show. Tonight Ryan is joined by Rebecca Dinerstein Knight, author of Hex, and Jerry Saltz, author of How to Be an Artist.The show—which takes place on Zoom—is being simulcast below via YouTube, so just like normal Jeopardy, you’re just going to have to follow along at home, yelling at the screen. This week’s indie spotlight is Deep Vellum Books, and a hearty thank you to Kristen Radtke, who let us borrow her artists’ portraits this week.

This episode’s categories, questions, and answers…

100: In what is probably a first–I’m too lazy to fact check–this is the only Tony-winning musical to be based on a graphic novel by a MacArthur “Genius.”

200: Yaa Gyasi’s “Homecoming” follows two half-sisters from this country and their many descendants.

400: “The Home and the World” is third novel by this Bengali polymath, the first non-European to win the Nobel Prize for Literature.

500: Sheila Burnford’s “The Incredible Journey,” about a 300-mile trek by two dogs and a cat, was adapted by Disney into this film (twice).

100: While she has a PhD in immunology, Barbara Ehrenreich is best known for her political activism and journalism on labor, such as this breakthrough 2001 book.

In Grant Morrison’s comic series “DC One Million,” the Flash oversees a habitable form of this celestial body.

300: This pirate steals the titular booty in “Treasure Island” and… maybe starts an affordable seafood franchise.

400: This Hergé creation encompasses comics, film adaptations, and even a few statues around Brussels.

500: This Nelson Algren work about a Chicago Polish neighborhood nabbed the National Book Award in 1950.

[The Man With the Golden Arm]

100: If you don’t believe the devil gets all the best lines, look no further than this Milton epic.

Starting with limbo and ending with treachery, Dante’s vision of hell is divided into this number of circles.

300: Sartre’s famous line “Hell is other people” comes from this play.

400: “Hell Is the Absence of God” is this author’s Hugo Award-winning story, later collected in “Stories of Your Life and Others.”

500:  In Greek myth, which is very permissive when it comes to incest, Hades kidnaps his niece to make her queen of the underworld.

100: Few writers are the subject of a feature-length documentary, like this writer and 2019’s “The Pieces I Am.”

200: This author has seen his novel “High Fidelity” adapted for film in 2000, and this year as a series on Hulu.

300: Here’s Kristen herself. You may know her from this graphic nonfiction book, which spans ruins in Iceland, the Philippines, and the American midwest.

[Imagine Wanting Only This]

400: Rapper Jean Grae recently added a new title to her CV: advice columnist for at this Vegas-based magazine.

500: This author of the memoirs “Whip Smart” and “Abandon Me” credits Rilke’s “Letters to a Young Poet” as a primary influence.

100: This week the New York Times reported the forthcoming publication of “The Inseparables,” a posthumous novel from this “Second Sex” author.

200: In a masochistic wink, “The Map and the Territory” features the brutal murder of this novelist.

300: After the success of “The Perfect Nanny” Emmanuel Macron asked her to lead the International Organisation of La Francophonie.

500: Friends and family told him to give up after the tepid reception to his “Cromwell”; thankfully, he persevered with “La Comédie humaine.”

200: Ann Brashares’s “The Second Summer of the Sisterhood” concerns four friends and these itinerant trousers.

400: After “Get Shorty,” loan shark Chili Palmer has gone Hollywood in this author’s “Be Cool.”

Dodie Smith’s “The Starlight Barking” followed this canine hit from 1956.

[One Hundred and One Dalmatians]

400: “Q Is for” this word in Sue Grafton’s Kinsey Millhone mystery; maybe she finds some limestone? (6)

600: Shakespeare saw his works published in this format, smaller than a folio. (6)

800: This Philadelphia publisher gave us “Pride and Prejudice and Zombies”; also a synonym for an eccentricity. (5)

200: In this Hesse doorstop, sometimes translated as “Magister Ludi,” characters are obsessed with a complex sport whose rules are never fully articulated.

400: Tim Crothers’s “The Queen of Katwe,” adapted into a film with Lupita Nyong’o, centers on teen prodigy Phiona Mutesi’s mastery of this game.

600: Despite Evan S. Connell’s prolific output and long career he was best-known for this debut novel, about a Kansas City homemaker.

800: In this Cortázar novel the reader can choose their own path through its non-linear structure.

1000: This author, oft invoked at pool parties, dictated “Books of the Marvels of the World” from a Venetian jail.

200: This Michigan-based blogger and author published “Meaty” with Curbside Splendor in 2013; Vintage reprinted it in 2018.

400: Sarah M. Broom won both the National Book Award and the NBCC John Leonard Prize for “The Yellow House,” set in this city.

600: Cheryl Strayed’s “Wild” recounts, among other things, a thousand-mile hike of this American path.

800: You’d be forgiven for thinking Robert Caro wrote “Lyndon Johnson and the American Dream,” which was penned by this presidential scholar.

Faithfully depicting the charm that all writers possess, this actor has portrayed an aspiring novelist in two films, “The Words” and “Limitless.”

400: Molly Shannon, Cynthia Nixon, and Hailee Steinfeld have all played this bard of Amherst.

600: Most would call this celebrated “Myra Breckinridge” author a man of letters. In “With Honors,” Joe Pesci’s character calls him an asshole.

800: Sarah Jessica Parker and Burt Lancaster have both added metropolitan glamour to onscreen portrayals of this journalism gig.

1000: The 1994 film “Il Postino,” based on an Antonio Skármeta novel–itself adapted from Skármeta’s own film from 1983–is about a fictional friendship between a mailman and this Chilean poet.

Clue: Michael Chabon, Jack London, and Eowyn Ivey have all set novels in this state, whose motto is “North to the future.”

The Week in Books LIVE:
Joy Harjo, Discworld, and Some Thoughts on Henry Kissinger 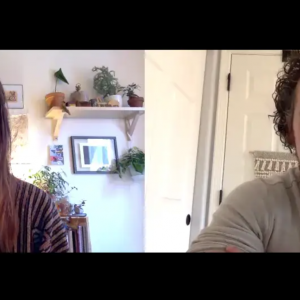 The Week in Books LIVE:
Joy Harjo, Discworld, and Some Thoughts on Henry Kissinger

Featuring the good news and the bad news from the week in books, the big titles everyone is talking about, the best reviewed...
© LitHub
Back to top