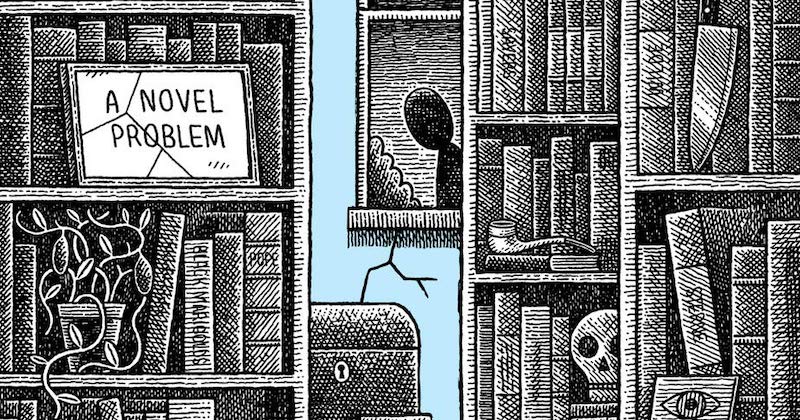 This year, writers and publishers learned about the power of #BookTok—a literature-loving corner of TikTok where readers post videos inspired by the books they love. Viral trends involving certain books launched backlist titles to the top of the fiction charts; particularly, tearjerkers with moving or shocking endings, as BookTokers captured their reactions (tears; hand clapped over mouth; etc) to reading the last lines of novels.

But, unintuitively, a very different type of book has been propelled to late success by BookTok: Cain’s Jawbone, an obscure murder mystery puzzle from the 1930s. The Bookseller has reported that following a viral TikTok about the book, Unbound—an experimental crowdfunding publisher—is scrambling to reprint seventy thousand new copies of the novel.

Cain’s Jawbone, written in 1934 by The Observer’s crossword writer, Edward Powys Mathers, under the pen name Torquemada, consists of 100 pages, bound out of order; the reader’s job is to put the pages in the one correct order, which allows them to read the book chronologically and solve its six murders. When you take into account that there are over 32 million possible orders for the pages, it makes sense that only three people have ever solved the puzzle: two readers in 1935, and British comedian John Finnemore last year. The solution has never been released to the public.

But in November, Sarah Scannell—a 24-year-old TikTok user known on TikTok as @saruuuuuuugh—picked up the book at her local bookstore and made a TikTok about it: “I’ve decided to take this nearly impossible task as an opportunity to fulfill a lifelong dream and turn my entire bedroom into a murder board,” she said. The TikTok went viral; as of now, it’s been viewed over 5.6 million times. Within 24 hours of Scannell posting the clip, Unbound sold out of Cain’s Jawbone. In late November, Unbound issued 10,000 reprints of the book, but that’s still not enough: likely due to both the viral TikTok and the holiday push, Unbound is reprinting 70,000 more copies. Half the profits from the book’s sales will go to the Laurence Sterne Trust, as Sterne, according to John Mitchinson, Unbound’s co-founder, “adored setting literary puzzles and finding clever ways to market his books.”

“It has been amazing to see the demand for Cain’s Jawbone build over the last 10 days,” Julian Mash, Unbound’s head of sales, told The Bookseller. “We have worked very hard to expedite a reprint in order to get this back in bookshops in time for Christmas gifting both in the UK and US. To see this kind of grassroots demand from shops has been incredible.”

Scannell has made over ten videos tracking her Cain’s Jawbone progress, inspiring other users to pick up the book. Booksellers have noted the extreme demand for Cain’s Jawbone as a bellwether of BookTok’s power: said Gaby Lee, genre fiction buyer at Waterstones, to The Bookseller, “We’ve seen huge demand for Cain’s Jawbone over the last month; once it became viral on TikTok we sold out in a matter of days and demand has continued to be strong since then. It’s consistently exciting to see BookTok give books like this a new lease of life.”