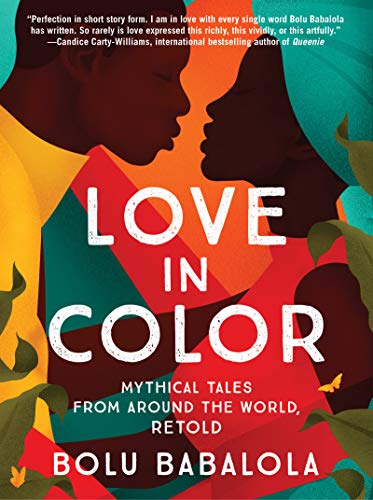 The following is excerpted from Bolu Babalola's short story collection, Love in Color, a retelling of love stories from history and mythology. Babalola is a writer of books, scripts and retorts, a lover of love and self-coined romcomoisseur. She writes stories of dynamic women with distinct voices who love and are loved audaciously.

–If you’re going to break up with someone, ensure that you do it right before one of you leaves the country. Distance is key to moving on.

Although, in my case, I guess him leaving was technically the reason we broke up. The memory is imprinted on the lining of my mind and replays every time I’m reminded of him, my own personal movie reel of torment. He’d just got a role in a network TV show filming in L.A.; it was his big break and I was over the moon for him.

“Come with me, Tiara,” he said, brimming over with excitement. He was already there in his mind, eating acai bowls al fresco. “It’ll be perfect, TiTi. Think about it: me and you taking on L.A. We can pretend to be Idris Elba’s and Naomi Campbell’s cousins. Nobody will ask questions. Isn’t Hollywood, like, the perfect place to start your writing career?”

Despite my feelings for him and how tempting the idea of pretending to be related to a supermodel was, I knew it wasn’t for me.

“Babe, it’s a place where every coffee shop is full of wannabe writers. It is literally a farm for writers. On top of that, are you forgetting that I’m a black woman? It’s twice as hard for me. Seye, if I go, it needs to be on my own terms. I’m at the beginning of my career and I’m still figuring it out. We can make it work long distance . . .”

I was sat cross-legged on my bed while he paced in front of me, topless and in his sweats. It almost dissolved my resolve.

“This is precisely the right time to go. There’s nothing at stake, nothing to lose.”

I could tell by the way his face fell that he knew he’d made a mistake as soon as he’d said it. I was a writer’s assistant then, aka a coffee and admin bitch, fetching teas and hoping that somebody would be able to see in the tea leaves that I had the capacity to write an award-winning episode. I was a long way from my dreams, but I felt them inching closer—I thought he could feel that too. My heart dropped into my stomach.

“My career and my dreams are nothing to lose?”

He sighed and pinched the bridge of his nose. “TiTi, that’s not what I mean, I just— You’re the most talented person I know. You’re so smart, and I just feel like it’s wasted here. It’s time for you to take charge of your future—”

“As long as it’s in line with what you want?”

“You loved L.A. when we visited! Said you could move there. And now suddenly it’s a problem because I’ve got an opportunity there and you haven’t? Does this relationship only work when our careers are at the same stage?”

I felt like somebody had kicked me in the stomach. Tears sprang into my eyes. It was the first time he’d ever made me cry.

“You’re being a dick.”
Regret shadowed his face. “I know. I’m sorry—”
“Your wins are my wins. I couldn’t be prouder of you. And sure,

I said maybe one day I could move there. But not like this . . . not living off my boyfriend while I flounder around—”

“TiTi, I want to do that for you. You know I don’t care about that.” “Okay, but I do, Seye! This is how I’m taking charge of my future!” I was trying to slow my breathing, trying to ignore the fact that

the fragments of my world were swilling in the air, torn from each other, jagged edged. I still hoped I could pluck them from suspension, put them together again, despite knowing the truth, feeling it. Seye swallowed and sat next to me, defeated.

“We don’t fight. We don’t do this. What the hell is happening to us, Tiara?”

I turned to face him, feeling as if an anvil were pressed onto my chest. “I don’t know.”

He exhaled deeply and looked at me with gleaming eyes. “Isn’t this relationship enough for you?”

I stared at him in disbelief. “Don’t do that. Don’t you dare make this about my love for you, because you know—”

He shook his head, eyes flashing with annoyance. “Apparently, I don’t know shit, T. Because I thought it was me and you against the world. This is what we agreed. You with writing, me with acting. We were gonna be on our Bey & Jay shit—”

“Bey & Jay pre the first On the Run tour.” Damn. I’d really taught him well. “The point is I thought we were gonna take it on together—”

“Seye, we still can! We’re a team. We can do FaceTime, visits—” I could hear the desperation in my voice fighting against the descending reality that was thickening the air. I could barely breathe. He gave me a look that made all the floating fragments of my world crash to the floor.

“Tiara, I don’t know when I’m going to come back. Or if I’m going to come back. And you don’t know when you want to move to L.A. Or if you want to.” He paused and leaned his elbows on his knees, burying his face into his hands. For a moment we both just sat there in the stillness of our sadness, the inevitability of our demise sinking into our bones. It was summer and the sun was setting, orange light softly beaming into the dark of my room, “Right Here” by SWV flowing through an open window, mingling with the taut air. I would have laughed at the irony if I hadn’t been crying. Eventually Seye lifted his head from his hands. His eyes were bloodshot, and when he spoke, his voice croaked.

“TiTi, who else am I gonna do this with? My family didn’t think I could do this, but you always did. You read lines with me. You’re the one who told me to go for it. I really don’t want to do this without you by my side.”

Something in me snapped and melted. I climbed up on his lap and wrapped myself around him, legs clamped around his waist, arms winding themselves around his neck as he buried his face into mine, his arms anchoring me to him as he breathed me in. We stayed like this for a minute or an hour, clinging to each other while the world as we knew it disintegrated around us.

I leaned my forehead against his. “I love you.”
“I love you too.”
“And I know you’ve convinced yourself that this move would be

for us, but it’s for you. And that’s okay. This is your moment. We can make long distance work. This is worth it.”

Seye opened and shut his mouth before he straightened up, his arms loosening their hold on me. “I . . . I don’t think I can do that, T.” My throat tightened. I suddenly felt an odd sensation of intense nothingness. It was as if the hurt was too immense, my heart too broken, and so my whole body was pulling me into self-protection mode, stopping me from fully feeling the brunt of the love of my

life telling me that he didn’t think I was worth it. “Right.”

I climbed off his lap. He wasn’t prepared to do long distance but I was supposed to be prepared to leave everything I knew behind to be a budget Real Housewife. We sat silently next to each other for a few moments, before Seye lifted my limp hand to his lips and kissed it. Then he walked away.

Two years dissolved into nothing. Dissipated into the air. Thanos snap. Dust. It was the last time we spoke to each other.

I’d seen he was doing well. His recurring gig as the wise-quipping mate of some superrich teens living in New York got upgraded to series regular. He played the son of a fraudulent African politician. The part of Africa wasn’t ever really stated, but, according to the guy who played his dad, whatever country he was from boasted an impressive accent that was a mixture of Zimbabwean, Nigerian, and some alien colony that only communicated in guttural grunts. He shone with what he was given, eking out depth from what was initially a two-dimensional character. It’s what landed him Rough & Reckless, a movie that tripled his star power, playing a rogue ex-cop with a need for speed and women with unfathomable hip-to-waist ratios. Somehow, he even managed to make that watchable.

Our Favorite Day of the Year by A.E. Ali, Read by Almarie Guerra

17 new books to find at your local library. 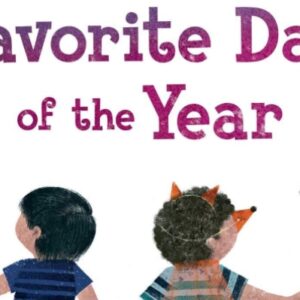 Our Favorite Day of the Year by A.E. Ali, Read by Almarie Guerra Every Monday through Friday, AudioFile’s editors recommend the best in audiobook listening. We keep our daily episodes...
© LitHub
Back to top