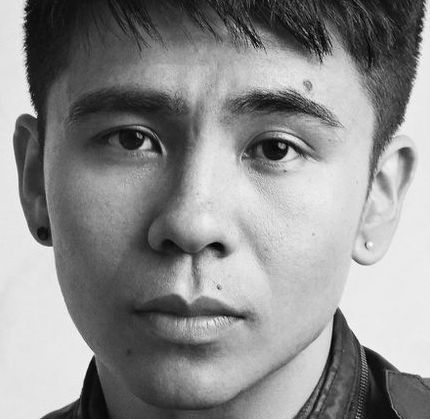 Having already been welcomed with acclaim from seemingly every corner of the literary world, Ocean Vuong’s novel On Earth We’re Briefly Gorgeous was officially released on Tuesday as a crowd gathered at Brooklyn’s Books Are Magic to hear him speak. Vuong talked to Alexander Chee about writing his first novel, the pressure for constant literary reinvention, and writing through questions that will never be fully resolved. Here are a few takeaways from their conversation.

Start with poetry. “I think my apprenticeship as a poet was the best thing for a writer. If I had it my way, I would really advise every writer to really have an earnest participation in poetry,” he said. “The sentence is one thing, but when you have the line, what you’re confronted with is fracture at the return … You’ll realize right away that there are so many possibilities in the middle of the sentence.”

You don’t need to reinvent yourself. After his poetry collection Night Sky with Exit Wounds, was published in 2016, Vuong said he was expected to turn his focus in a new direction and away from reckoning with power, violence, and the effects of epigenetic trauma. There’s constant pressure “in this country, with this capitalistic anxiety, to reinvent yourself [in] the second book, to make a fresh new product.” But the questions that he had, he said, were “not answerable in 85 pages of poems. … For me, it was always about privileging inexhaustible questions.”

You don’t need jeans. When he first arrived in New York City as a teenager, “I walked into fancy MFA receptions in my sweatpants because I couldn’t afford anything, and folks, you know, didn’t talk to me … and I just thought, ‘Oh god, I can’t be a writer, because I don’t got jeans,'” he said, bringing laughter.

The city’s spoken word community took him in. “Every day I stood behind a microphone as somebody. Maybe nobody knew my name, but I had the air. The room was silent. They listened to what I wanted to say. You get your three minutes, it’s democratic. You get three minutes to make your world, to claim yourself, to add something … You have to learn how to get folks to care about your world,” he said. “When you’re writing a book, writing a song, you’re still in that project. How do I get you to care?”