The following three poems were selected from New-Generation African Poets (TANO), an annual chapbook boxset featuring emerging African authors. Editors Kwame Dawes and Chris Abani sought out recommendations from poets and literary professionals working around the world, eventually settling on 11 authors. According to Dawes and Abani, the poets this year are by far the most experimental to be featured in the yearly series. They work in a range of poetic styles and aesthetics, reflecting the eclecticism of African poetry.

In the evening, I remind Bruce
to shut the door to the closet,
because the kitten already knows

a door is a wall you cannot climb—
you must walk through.
Yesterday

I promised Jennifer
I was over you,
then logged into

your Instagram,
counted backwards
to the last photo of us

trying on dresses
like I used to
with my mother

who promised to tell the truth,
especially when it wasn’t pretty.
One day, I remember

hand on the escalator,
resting my head on her shoulder.
I was ten

when she pulled away
saying, people will
think we’re lesbians.

Sometimes
around 4 AM
my full stomach

in every house
a room
for the unknown.

IN ANOTHER WORLD
Rasaq Malik

In another world I want to be a father without
passing through the eternal insanity of mourning
my children, without experiencing the ritual
of watching my children return home as bodies
folded like a prayer mat, without spending my
nights telling them the stories of a hometown
where natives become aliens searching for


a shelter. I want my children to spread a mat
outside my house and play without the walls
of houses ripped by rifles. I want to watch my children
grow to recite the name of their homeland like Lord’s
Prayer, to frolic in the streets without being hunted like
animals in the bush, without being mobbed to death.
In another world I want my children to tame grasshoppers
in the field, to play with their dolls in the living room,
to inhale the fragrance of flowers waving as wind blows,
to see the birds measure the sky with their wings.

The night you leave, the sky breaks out
in stars. They burn like open sores.
The acacia, scarred from private wars,
still has leaves.

I am not radical in my sorrow.
What has come before,
that which has been handed down—
these are my only methods.
I feel what I feel should be felt.
I say nothing new, nothing different.
My concerns are as they were before:
is the tea too cold to drink?

Omotara James is a poet and essayist. The daughter of Nigerian and Trinidadian immigrants, she lives and studies in New York City. She has been awarded fellowships and scholarships by Cave Canem, the Home School, Lambda Literary, and Colgate University. Her awards include the Bridging the Gap Award for Emerging Poets, the third place Luminaire Award for Best Poetry, and the Nancy P. Schnader Academy of American Poets Award. Her work has appeared in the Recluse, Winter Tangerine, Cosmonauts Avenue and elsewhere. Find her on Twitter @omotarajames.

Rasaq Malik is a graduate of the University of Ibadan, Nigeria. His work has appeared or is forthcoming in various journals, including Michigan Quarterly Review, Poet Lore, Spillway, Rattle, Junked, Connotation Press, HEArt Online, Grey Sparrow, Jalada, and elsewhere. He is a two-time nominee for Best of the Net. He has been nominated twice for the Pushcart Prize and was shortlisted for the Brunel International African Poetry Prize in 2017.

Alexis Teyie is a Kenyan writer and feminist. Her poetry is included in the Jalada Afrofuture(s) and Language issues, and Black Girl Seeks. Her short fiction is published in Short Day Africa’s Water and GALA’s Queer Africa II. She has also appeared in Omenana, Q-zine, This is Africa, Writivism, African Feminist Forum, Anathema: Spec from the Margins, and HOLAA’s safe sex manual. Teyie recently coauthored a children’s book, Shortcut. She currently works in development, and is a poetry editor with Enkare Review. 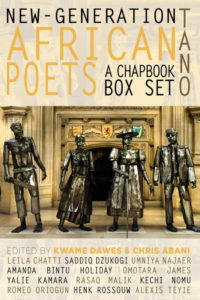 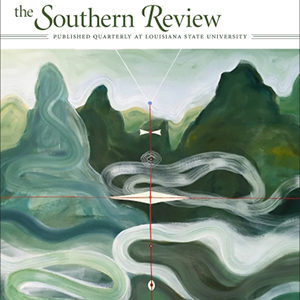 Brett was crashing with me while he was on the lam after sucker-punching a Republican. You probably think harboring a fugitive...
© LitHub
Back to top
Loading Comments...