The Ongoing and Depressing Relevance of a 200-Year-Old Thinker

As you may have noticed, Henry David Thoreau is having something of a special day around here (here being the internet). After all, today is the famous transcendentalist’s bicentennial, otherwise known as the 200th anniversary of his birth. Though plenty has changed since Thoreau’s day, we’re still reading his work, and whether you yearn to live alone in a cabin in the woods or not, much of it is still relevant to daily life in 2017. Particularly this 2017 that we’ve found ourselves inhabiting. You know what I’m talking about. Below, some selections from a few of Thoreau’s most famous works, categorized by how they might just be applied in this, the darkest American timeline.

On the Donald Trump Administration:

How does it become a man to behave toward this American government today? I answered that he cannot without disgrace be associated with it. (Civil Disobedience, 1849)

Must the citizen ever for a moment, or in the least degree, resign his conscience to the legislator? Why has every man a conscience, then? I think that we should be men first, and subjects afterward. It is not desirable to cultivate a respect for the law, so much as for the right. The only obligation which I have a right to assume is to do at any time what I think right. (Civil Disobedience, 1849)

Unjust laws exist; shall we be content to obey them, or shall we endeavor to amend them, and obey them until we have succeeded, or shall we transgress them at once? Men generally, under such a government as this, think that they ought to wait until they have persuaded the majority to alter them. They think that, if they should resist, the remedy would be worse than the evil. But it is the fault of the government itself that the remedy is worse than the evil. It makes it worse. Why is it not more apt to anticipate and provide for reform? Why does it not cherish its wise minority? Why does it cry and resist before it is hurt? Why does it not encourage its citizens to be on the alert to point out its faults, and do better than it would have them? (Civil Disobedience, 1849)

The ways by which you may get money almost without exception lead downward. To have done anything by which you earned money merely is to have been truly idle or worse. (Life Without Principle, 1863)

If a man is thought-free, fancy-free, imagination-free, that which is not never for a long time appearing to be to him, unwise rulers or reformers cannot fatally interrupt him. (Civil Disobedience, 1849)

While civilization has been improving our houses, it has not equally improved the men who are to inhabit them. It has created palaces, but it was not so easy to create noblemen and kings. (Walden, 1854)

Our legislators have not yet learned the comparative value of free-trade and of freedom, of union, and of rectitude, to a nation. They have no genius or talent for comparatively humble questions of taxation and finance, commerce and manufacturers and agriculture. If we were left solely to the wordy wit of legislators in Congress for our guidance, uncorrected by the seasonable experience and the effectual complaints of the people, America would not long retain her rank among the nations. (Civil Disobedience, 1849)

We are in great haste to construct a magnetic telegraph from Maine to Texas; but Maine and Texas, it may be, have nothing important to communicate . . . As if the main object were to talk fast and not to talk sensibly. We are eager to tunnel under the Atlantic and bring the Old World some weeks nearer to the New; but perchance the first news that will leak through into the broad, flapping American ear will be that the Princess Adelaide has the whooping cough. (Walden, 1854)

Every generation laughs at the old fashions, but follows religiously the new. (Walden, 1854)

To a philosopher all news, as it is called, is gossip, and they who edit and read it are old women over their tea. (Walden, 1854)

I do not know but it is too much to read one newspaper a week. . . . The news we hear, for the most part, is not news to our genius. It is the stalest repetition. (Life Without Principle, 1863)

I think that there is nothing, not even crime, more opposed to poetry, to philosophy, ay, to life itself, than this incessant business. (Life Without Principle, 1863)

So You've Decided to Write: When to Drown Your Darlings 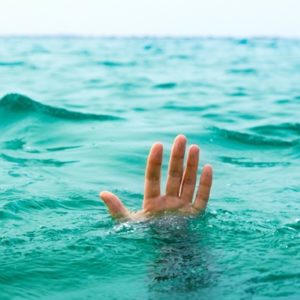 So You've Decided to Write: When to Drown Your Darlings

Another editor, a rival of mine with a fondness for hypocrisy, once said there was nothing worse than a truthless writer,...
© LitHub
Back to top