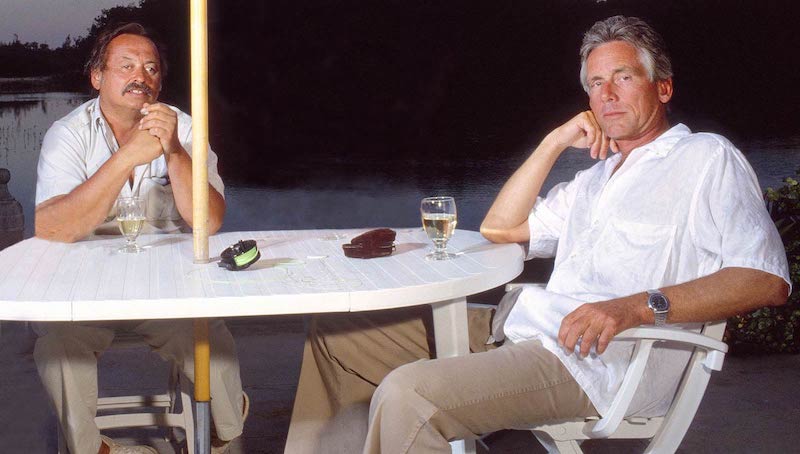 "In the end, Jim Harrison was a country boy who’d been touched."

I transferred to the university from a small congregational college and met almost on arrival someone who introduced himself as Kiki the Dog Face Boy. He was surrounded by admirers anxious to enjoy his remarks or light his cigarette and he radiated a level of self possession scarce among the rest of us.

It was Jim Harrison.

I was one more undergraduate with literary ambitions and Harrison was someone with a lofty sense of the artist’s responsibilities, a young man who confidently corresponded with famous writers who had never heard of him. With only one eye and a cigarette hanging out of his mouth he played three golf balls at the same time to speed up a slow game. He seemed to have already read everything. Not long ago, his brother found a pamphlet in the attic of their family home, The 100 Greatest Books of All Time. By the time Harrison was 17 he had checked off 83 of them.

He had the extraordinary quality of knowing exactly who he was when the rest of us were only wondering. Right away we talked and wrote letters to each other about life and writing, and we did so almost weekly, sometimes more often, for 50 years with the occasional silences that got us through the tensions of a very long friendship. When I told him that Ezra Pound’s ABC of Reading was useless to readers, he said I must not have read it. He was a gourmand who saw me as a lowly refueler with an undeveloped palate who would eat anything at all. It was hard not to tease him. When I told him that Dante described the stomach as “that miserable sack that makes excrement out of everything we eat,” he rebuked me for a misguided use of esoteric knowledge.

Jim came to the university from a small town in Northern Michigan where his father was a county agent and all of his family seemed to be avid readers with deep roots in the region, a forebears’ Civil War uniform in the barn, a predecessor wounded at Gettysburg. With his younger sister Judy, Jim spent long hours listening to classical music on the radio, looking at their Skira art books, and discussing the most serious literature. At a courageous moment in high school, Jim told his father he meant to be a writer. Neither he nor anyone else in his family had ever seen a writer but his father bought him a used typewriter for twenty dollars. Later, when Denise Levertov placed two of Jim’s poems with The Nation, his family gathered in their living room and wept with gratitude.

Losing an eye in childhood had an effect on his dreams and ambition not easily described. Before he was 21, a drunk driver killed Judy and his father. In all the years I knew Jim, these things were never far from his mind. For all his originality and exuberance, this was the ballast and can be sensed throughout his work.

Harrison lived and wrote on his own terms, undaunted by gatekeepers whose credentials he was only too happy to question. This independence granted him remarkable diversity from superb lyrics to moving adventures, to heedless and bracing vulgarity. For decades he could be expected to pluck something marvelous right out of the blue such as Farmer or Dalva or Legends of the Fall.

I think his extraordinary productivity may have obscured the importance of his poetry: it’s difficult for critics to think about a poet with successful Hollywood movies and a wide following for his prose fiction; but it often seemed that these things were a kind of shelter for the least rewarded part of his work, his poetry. Now that I am myself playing with house money, I really want to say clearly: Jim Harrison was a great poet.

We spend our lives trying to understand our parents even when they are gone; when we lose a sibling, we lose a collaborator. If an old friend goes missing, the world resumes some of its original murkiness. I suppose the imaginary conversations go on but it’s hard to say. It is really like nothing else.

Harrison loved Saturday nights and on one of them not long ago he sat at his desk writing a poem. The words trailed off into scribbles and he fell from his chair dead. He was 78 years old and had lived hard and worked hard. His health had failed, he had lost his wife of 55 years, his shingles were a torment. Back surgery had made his cherished walks with his dogs almost impossible. He remained undefeated, active and creative to the end but it was time to go. No one was less suited to assisted living. For his family, vastly numerous friends, and admirers, the death of Jim Harrison leaves an extraordinary vacancy, one that will cut many of them adrift. Few American writers of recent times have had his erudition, his audacity, his phenomenal memory, the breadth and quality of his accomplishment. Nevertheless, in the end, Jim Harrison was a country boy who’d been touched.

The preceding was delivered last week at the American Academy of Arts and Letters annual dinner.

Thomas McGuane lives on a ranch in McLeod, Montana. He is the author of ten novels, three works of nonfiction, and four collections of stories 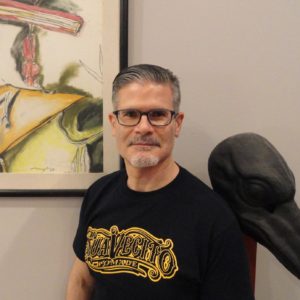