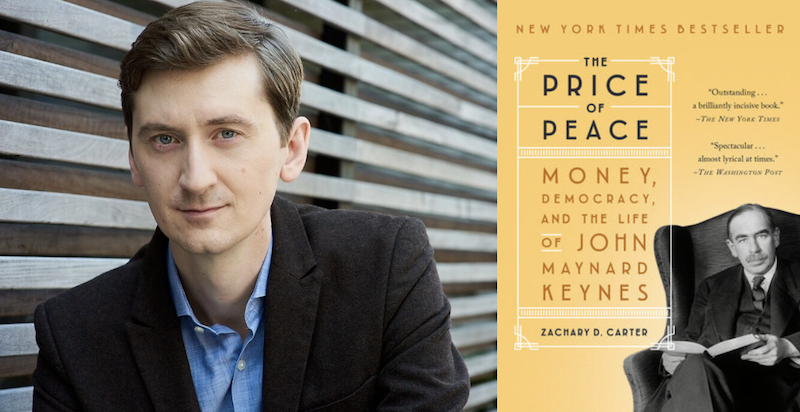 This Year’s NBCC Award Finalists: The Price of Peace by Zachary D. Carter

Elizabeth Taylor on One of the Finalists for Biography

The Price of Peace: Money, Democracy, and the Life of John Maynard Keynes by Zachary D. Carter (Random House)

The Price of Peace is an ambitious, lucid biography of the legendary intellectual and economist John Maynard Keynes, but with the verve of his subject, Zachary Carter has defied traditional biographical narrative with a probing, revelatory consideration of how Keynesianism, the economist’s intellectual legacy, has shaped the world since his death in 1946. In his compelling debut book, Carter makes a case in this fraught world that there is no 20th century intellectual whose ideas and vision are more relevant than John Maynard Keynes.

Structurally inventive, Carter begins his book in the spring of 1922 by placing Keynes at a midlife turning point with the “Bloomsberries,” as Virginia Woolf dubbed her crowd of London intellectuals. He was a “tangle of paradoxes” as Carter writes. An enthusiastically gay man, he fell passionately in love with and married a Russian ballerina. Loyal to the British Empire but fiercely anti-imperialist, a pacifist who supported two world wars, an economist who challenged economics. Keynes detailed his economy theory in, The General Theory of Employment, Interest, and Money, published in 1936.  Building on that great opus, Carter synthesized Keynes’ essays, letters, and other writings on economics as well as on politics, art, war, and culture, to explain his theories on public welfare, financial markets, and support for Franklin Delano Roosevelt’s deficit-financed recovery during the New Deal.

In his biography of Keynes, which is also a history of Keynesianism, Carter stretches from Europe to America, from the First World War to the recession of 2008 and the Obama years, capturing the theory’s promise as well as the peril of its abuse. Carter recognizes that what now may be considered Keynesian has been distorted over time and shares little with the moral and political ideas so prized by Keynes. Once synonymous with liberal internationalism, Keynesianism in its current form, Carter writes, cannot “protect democracies from the siren songs of authoritarian demagogues and spread peace and prosperity around the globe.

Carter makes clear that in Keynes’ life of many turning points, his unexpected romance with ballerina Lydia Lopokova was a “decisive juncture that made him a force in the history of ideas.” It was “Keynes’ chance to show that the little world of art, beauty, and cross-cultural understanding that he and Lydia had created could be replicated in economic diplomacy.” Ideas and theories for Keynes, Carter deftly explains, came out of lived experience. Keynesian in its purest form, Carter writes in the final moving pages, “is not so much a school of economic thought as a spirit of radical optimism.” 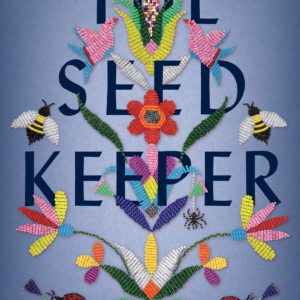 Rosalie Iron Wing 2002 “Long ago,” my father used to say, “so long ago that no one really knows when this all came...
© LitHub
Back to top