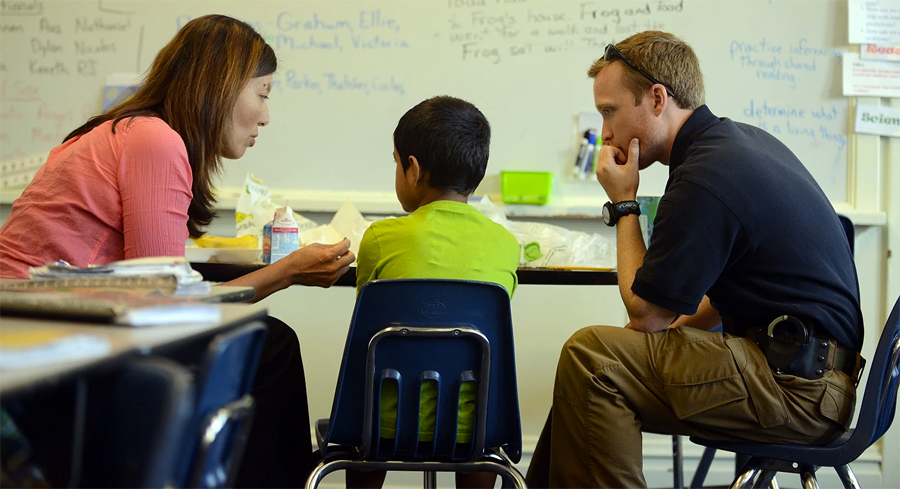 "The work has to leave me, and I have to be able to let it go"

I’ve always been a writer and I’ve always found this fact embarrassing. Writing fiction is a suspiciously childlike activity. If I meet you at a party I will tell you I’m a social worker, which is also true, and then try to get you to talk about yourself instead.

Given that I tend to use social work as a way to avoid having to talk about being a writer, it was ironic when I learned, on starting my first real social work job, that when I’m writing my case notes—the records of day-to-day events that are kept at every agency—the convention is that I refer to myself as this writer.

So you refer to yourself as this writer. This writer met with X to process his response to the altercation over the toaster oven.

This writer played two games of pool in the rec room with Y. This writer attempted to maintain an aura of competence but was hindered by repeatedly sinking the cue ball.

This writer attended a hearing in family court. This writer arrived at court in the wrong borough 15 minutes before the hearing was scheduled to begin, and was forced to run four blocks in plastic Payless lace-ups to the nearest train, get off in Brooklyn, run another four blocks, and find the court room with the assistance of a security guard, arriving only ten minutes late, which is actually pretty good if this writer thinks about it, considering. The hearing was then adjourned, inexplicably.

There is something existential about the clarity of this writer. What can a person really know for sure, except that one is the writer of the thing one is writing? When you type the words this writer, you are on solid ground for a moment, as solid as you can get in an artificial medium. Stray further, even by finishing the sentence, and you have strayed in the direction of fiction.

And yet your fiction is much more likely to be taken for reality than the other way around. Try showing your mother a work of fiction, for example. My mother read a novel I wrote, in which a young girl who lives in a neighborhood much like the one I grew up in has a series of ill-advised, life-threatening experiences under clearly invented circumstances. The novel intends to deal with serious themes, but because she is my mother and not Michiko Kakutani, her main question on finishing the book was the real-life identity of the girl’s love interest. I was incredulous.

“Yes. I didn’t know anybody like that when I was in high school. God, I wish.”

The teenage boys in my neighborhood when I was growing up—and I hope I can say this without offending their adult selves, if they happen to be reading this—were concerned mostly with video games and smoking weed, and occasionally with more felonious stuff, and they did not relate easily to girls. Into this world I had written Nelson, a sort of dreamboat character of quiet sensitivity and bravery. I hope I don’t have to cut up my Literary Writer card with scissors if I admit to this wish-fulfillment aspect of the work. I am only human. I was a lonely teen. The character was a person I wished I had known.

After the book was written, I fell in love. It happened quickly. He was another social work student. Before I met him, I thought that being immediately drawn to a person who felt the same about me was an adolescent fantasy. The protagonist and love interest in a book can have an uncomplicated, irresistible bond, but that was not how it worked in real life. Things could not be that simple.

It turns out I was completely wrong about this. Things can be that simple. We were in a class together and I had a crush on him from across the room. He asked me out. We danced in a bar. Now we live together and text each other about who remembered to buy cat food.

The funny thing is that my boyfriend is a handsome Filipino man with glasses, as is Nelson, the love interest from my book. I hesitated to tell him about this at first, out of fear that he would think I was some kind of Asian fetishist. He is giving me the benefit of the doubt on this.

This was not the only resonance between fiction and life. Last fall, I visited my parents and went for a walk around my old neighborhood. Down one section of road, someone had spray-painted the words KEEP WALKIN NELSON FUCK YOU on a guard rail. I had never known an actual person named Nelson in the neighborhood, so this was spooky, and it was also such a great sentence. Try it with your own name. KEEP WALKIN ROSALIE FUCK YOU. I took a picture with my phone, and later I asked my godson, who was nine at the time and lives in the neighborhood, if he knew anybody named Nelson. “Oh, yeah,” he said sagely. “He’s a kid. He’s a bad kid.”

Nelson the character is not based either on my boyfriend, who was still working at a Lenscrafters in Connecticut when I began writing the book, or on Nelson the bad kid from Rock Run, whom I have never met and who is probably under twelve. My fiction strayed into a little roundabout and will now look, retrospectively, like it is adulterated with truth. Once it left my hands, this process of remixing and reassigning meanings was inevitable. That is why writing is more comfortable when it’s private. I can decide my own meanings. But the work has to leave me, and I have to be able to let it go.

This is also true of my notes at work. They have to leave me, to be examined by compliance personnel at the Administration for Children’s Services, and even, if requested, to be read by the person they describe—the other person, the person who is not this writer. The young men on my caseload can request to see their notes at any time, and on some level I am always writing for them. The tone must be even-handed, unemotional, and clear. Adolescents in foster care are used to being described as if they were a problem; they’re used to having motives and actions attributed to them that are not accurate, or are not what they would say themselves. If they come to read my notes sometime down the line, when they are trying to make sense of the past, I want to be helpful. But it’s hard, because when we try to say only things that are demonstrably and objectively true, we can say very little. This writer met with the youth to discuss his progress in care. The youth reports that he is doing well.

Rosalie Knecht is a writer, translator, and social worker in New York.

Of Loneliness, Motherhood, Hauntings, and Cults 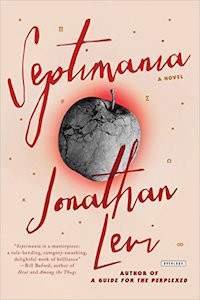 It was a book, a book bound in leather that had cracked and faded into a light black, of a size and shape that felt immediately...
© LitHub
Back to top