A Close Reading of “Mock Orange,” on the Lit Century Podcast

In this episode, guest K. Austin Collins joins Elisa Gabbert and Catherine Nichols to talk about Louise Glück’s 1985 poem “Mock Orange” and through it, her work in general. Some topics are the unfashionable somberness and simplicity of Glück’s work, Glück’s extraordinary personal letter to her friend Brenda Hillman, and Glück’s near-fatal anorexia. Also discussed is Gabbert’s review of Glück’s most recent collection in the New York Times.

Elisa Gabbert: It was not for me at the time and now I’m like, god, what a fool. Now I truly think of her as one of my favorite poets. Like you, Kameron, I have the big Collected, and during the pandemic, that was when I was super into her, for the first time I guess. Over the years I’ve certainly softened to her, and now I really love her—just that Rilkean spiritual wrestling that she’s always doing. It’s so intense. Now I’m like, this is what poetry’s for. I don’t know what I was thinking.

K. Austin Collins: Can I just say, the back and forth you’re describing though, is so—even as someone who loves her work—it actually is descriptive of my experience as well. It really took the Nobel to remind me to get back into her work. Because of her seeming simplicity, her simple language, at some point I just became suspicious of my affection for her poetry. I thought, is this too easy? I’d just skim over her poems and I’d be like, there’s nothing going on beneath the beauty of this language for me. Then I would come back to something like “Mock Orange” and I’d think, this is a deeply strange work.

K. Austin Collins is a film critic for Rolling Stone, and formerly film critic for Vanity Fair and The Ringer. He was also the host of the film podcast Flashback for Slate. 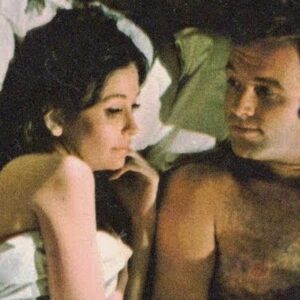 Today marks the 61st publication anniversary of Rabbit, Run, and therefore the public unveiling of John Updike’s most famous...
© LitHub
Back to top