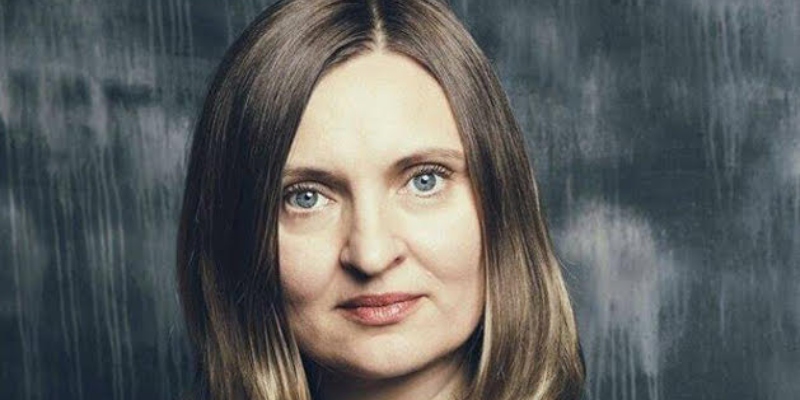 “They Didn’t Know Which Way to Go.” Katya Soldak Sheds Light on the Plight of the Ukrainian People

Katya Soldak, Forbes editorial director and documentary filmmaker, joins hosts Whitney Terrell and V. V. Ganeshananthan to discuss the evolving conflict between Ukraine and Russia. As Russian President Putin continues his invasion of Ukraine, Soldak, who grew up in the country, gives us insight into the bleak realities faced by citizens in cities like Kharkiv and Kherson, Russian misinformation, and the Ukrainian will to fight.

‘I Screwed Up’: Sean Spicer Says He Regrets Comments on Inauguration Crowd Size and Hitler

Katya Soldak: I just saw in the news that AFP reported that in the call with the German chancellor, Putin said that they’re not bombing Ukrainian cities, that it’s absolutely false propaganda. And this—no matter how many times we all get used to hearing things like this and trying to get used to it—it’s just astonishing to hear these kinds of things. There’s this evidence. There are videos, there are eyewitnesses, and then the president of the country is telling a leader of another country that they’re not doing it. It’s really something.

Whitney Terrell: It’s terrifying. I find that we saw some of that with our president, Trump. I remember his very first press conference when Sean Spicer said, “Well, his crowd was very, quite large.” And that sort of deliberate lying means things, right? It means dangerous things. Whenever you see leaders doing it, it’s really frightening because it implies that they have become untethered from reality, or that they believe they have the power to be untethered from reality. I’m also reminded of—I will have to check on who this was, but I think it was Cheney—the American politician who said, “We create our own reality,” and that was when we were invading Iraq, another extremely stupid and dangerous war that America happened to start. That’s what it seems like Putin is doing, like he thought he could create his own reality here.

V.V. Ganeshananthan: And then I think of course, we can also see other precedents. Remember, Trump also lied about how people seeking asylum were being treated at the border, which were some of our earliest episodes. And my family is Sri Lankan, so watching an authoritarian leader lie about shelling their own citizens is something I’ve certainly seen before, and it’s horrifying every time it happens. Whitney mentioned before, talking about your parents being displaced, but then also you were mentioning Kharkiv. Is that where you grew up?

VVG: I am so sorry. Some people are leaving, and others are not able to leave, and you’re describing the city, and so some people are still there, of course. The first Ukrainian city, Kherson, has fallen into Russian control; that happened just very recently. Who knows how things are moving even as we’re speaking. I’m wondering what this means for the Ukrainian citizens of Kherson, and if more cities are occupied by Russian forces, what will happen to the people left behind? Is there any sense of how this is unfolding for those unable to leave? Or who don’t want to?

KS: Well, in Kharkiv, a lot of people didn’t leave because they didn’t believe that things could get so bad. They had families that couldn’t be moved, somebody is disabled or somebody is elderly—it’s not possible. Some people just want to stay because they love their town and they want to defend their country. The level of patriotism skyrocketed; it was always high since the Maidan Revolution and the first invasion, when it had just started in 2014, but this particular war turned people, even somewhat friendly, open to Russian propaganda. They became very patriotic and ready to defend their country. So they stayed there, because they want to be there, they want to fight the enemy.

I cannot speak for people, because I don’t know anyone there, but based on what I see in other occupied areas, and in Kharkiv, if they’re going to be occupied, people are going to fight. They’re not going to be following the rules or welcoming the occupiers, they’re going to make their life hell—they’re going to die. Ukrainian people will die, but they’re not going to stop. This is the spirit that is in Ukraine right now, and this is what I saw everywhere. If you saw the video on the internet, a woman who ran into a Russian military guy with a gun and tanks behind him, and she doesn’t have anything. He tells her “show me your passport” and she just starts fighting him. She’s like, who are you? Why did you come here? I’m not supposed to show you my passport. And you think she would be scared—she would be trying to show the passport and at least get away safe and alive—but no, she confronts him and fights. That’s the spirit of a lot of people in Ukraine right now. Those who are armed and stronger, they’re gonna fight. And in Kherson I can’t imagine that they are going to be taken over and everything is going to be just fine.

Transcribed by https://otter.ai. Condensed and edited by Hayley Veilleux and Zoë Harper. 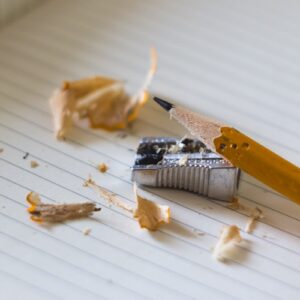 A young boy learns a hard truth about masculinity from a withholding paternal figure while they perform together a male-coded...
© LitHub
Back to top