then I would have followed after;”

then I would have followed after;”

(please don’t begin
if you cannot
complete in
one sitting.)

“In macro: in micro,”
Deucalion coyly suggests,
as we scuba through sunken bedrooms,
chronic streets.

A transformation such as this, involving a labor of self-destruction, is not accomplished without the most extreme difficulty.
–Maurice Blanchot, “Sade’s Reason”

“The structural ambiguities of McIntosh’s book are intrinsic to his greatest concerns. Its genre, continually reconstituting, mimics our epoch’s rapid reevaluations of history’s geometry. Regarding the human condition, McIntosh effortlessly fissions the word from the image, surprising us with film stills. Their curious cognitive effects are most pronounced in digital. As you instinctively tab through them in slow motion, language fades; conscience remains

F. Ting’s calculated response, then I would have followed after;” strives for the common feeling of—”

PIECE FOR PERSON TRAVELING BY AIR

Fall asleep again
Wake up when the plane
touches the ground

When you’ve given up,
be it on a logical paradox,
scrutinizing the rhetoric of a medieval text,
or initiating social reform,

a writer standing across from you may not know when you have changed your mind,
but the technology-equipped scientist could,
based on the slightest dilation of your irises,
discern the precise moment of the decision.

Dilated pupils are a tipoff for,
in addition to sexual arousal,
increased mental effort.

However,
during a focused problem-solving attempt,
the eye’s ability to resolve detail is hardly improved from a relaxed gaze.

The failure to complete a mental effort is not the lack of sharper vision,
but that of willpower,
and the ability to interpret what is perceived.

When translating said narrative between word and image, oftentimes we sense no “content”:
All we perceive is rhythm.

Buy a ticket. Contact a good friend
you have not seen
for many years. Arrange to meet
at a particular stop.

Flee from the Nazis, the Romans, flee from the Huns, the Indians, the British, the Japanese, the Confederates, the barbarians, the supremacists, the mob.

Don’t forget they’re out to kill. It’s been a rat race of centuries on end. Nipped decades, staggering, crushed.

What days of longing? Chicago World’s Fair a dot on the horizon,

hippies. All of these things so spoken of we are acquainted with their grief. Our daily lives we’ve made these things, decades later. Inseparable from our faces now; contemporary, closer than

even though most of us didn’t remember Camelot. The late forties, early fifties, was already afterlife for some. Idyll suburbia, metropolises, isle heavens tinted by sunset hells. Postmodernism did not steal up on us to eat everything before and after. The youth simply don’t take it in now, nor need.

Death has a unique set of skills.

“We may assume that McIntosh produced this work to resist stereotypes about the unfinishable Great American Novel. He joins a lineage of masters who, tragically, may never see the recognition they deserve in their lifetime. McIntosh is less interested in assaulting the viewer with a flamboyant overload of information than he is concerned with the actual possibility – and the indirect consequences thereof – that we will need to recall what it was once like to read. A prophetic elegy for what will certainly be our century’s greatest loss.

F. Ting’s calculated response, then I would have followed after;” strives for the common feeling of—”

Drive on left side
of road

Smash into cars
more expensive
than yours

An episode of Reading Rainbow I watched a long time ago inheres still. A castle, carnival music, lights. A hurdy-gurdy, mirrors. Something melancholy hidden here. How was Levar truly doing? It turns out the episode was about a master trompe l’oeil painter.

Take a journal
and flashlight
to bed

Lie there between two A.M.
and five A.M.

Think of every
sin you have
ever committed

Write each
in the journal

Osamu Dazai, a 20th-century Japanese novelist I think Matthew might already like, wrote a book called Ningen Shikkaku, or, No Longer Human. But that isn’t the best translation of the title, I found out from someone a few seats down in the public library. Literally, it means, Disqualified from Being Human.

Build up
false personality
and fool

Pretend to lie and cheat

Then ask them
for forgiveness

Spontaneous sexual violence, imagined, is probably quite common. So common, in fact, the city- dweller walking to work probably feels a tug every couple of blocks, as joggers pass in winter, or over vacation with the family, on foreign beaches. If you consider becoming less ashamed of this hunger and not condemning others for the same … I hope you know your enemy.

Pick someone you love

Make them your
one and only

Be with them
for years

End it when
you are ready

Say you hate them
with everything

Tell them you
never want to

Commit an act of

against a
large inanimate object

Continue until
you no longer
feel appalled

Politely allow yourself
to be taken
in by the authorities

Due to one flat tire, the pickup truck crawls slowly along the dirt road, a trailer of plastic canoes in tow. Wheat to either side. The forest of sheaves, normally golden in the sun, is blue under the moon. The wind riffles the fields with silver fingers. From the farmhouse window, it looks like the sea, except the inhabitants have never seen the coast, and they never will. Lakes do.

The pickup, a Ford, munches the pulverized bones of dinosaurs as it idles. The driver’s cowboy hat is perched upon the headrest as he devours a Kidd Valley deluxe cheeseburger, listening to Strauss Jr. not off a burned CD but on the radio.

Winking of the farmhouse door. Then she’s skipping down splintering porch steps to escape the cold. The wind tugs her dress in brief electric peace. Goodness—what naiads. What makes life worth? he asks, turning to the snoozing hitchhikers—

Why
Why
Why did I dream

I was being crucified

Drive on the
left side of the road

use your phone
in class

use your computer
in a plane
as it is ascending

Smoke a cig at 10,000 feet
in familiar
cramped lavatories

Wait for the masks
to drop from the
overhead compartment

Help yourself
before assisting others

That’s when the plane
will crash anyway

Or walk into
New York lobbies

yell at the manager

punch one
in the face

“Have you ever experienced or committed violence in your dreams?”

“You mean that much to me.”

I’ll have that for
A ducat, thank you

Why don’t I
Take that one

No!
Instead I won’t have one

This is why
you should chat
with the salesman

about the Louis Vuitton
native to the alleyways
of Athens

of Paris, of Rome, of Barcelona, of London

all over Europe,
Asian goods in origin
why are they African

I’ve never
talked to one although
they are African

“– his desire to exorcise himself, to show the world a face that he has kept hidden for years. This has been his dream project for so, so long. McIntosh’s work is a spelunk of memory, of the mundane shards of sound or vision that come back to us, years later, still carrying a personal significance that cannot be adequately described, nor even verified.

The only way to treat these fragments of possibility is delicately.

Every day of our lives, we experience only a little more than we lose. How much can anyone hope to remember about the truest minutes that have remained over the years?

Like McIntosh, F. Ting remembers much and has also lost much. And the rest of us.

Here we are, finally talking about how much we all lose. We don’t tend to admit this, also.

He even encourages you to consider what life would be like if we acted on the curious impulses that come back to us continuously over the years without explanation.

How much will you remember of those hundreds of pages after you have zipped them in?

The wont of some sentences you reread bearing zero trace of having been read to begin with.

The words speckling the moments, not sentences, you remember, already devastatingly fuzzy.

with words you now know well.

before we lovingly bid adieu: 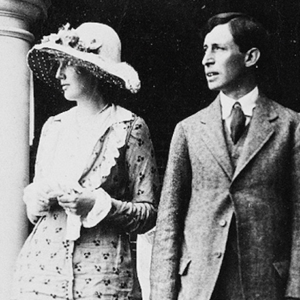 Lit Hub Daily: August 10, 2018 One year after Charlottesville: to better understand the terrible summer of 2017, Olivia Laing made the jump from...
© LitHub
Back to top