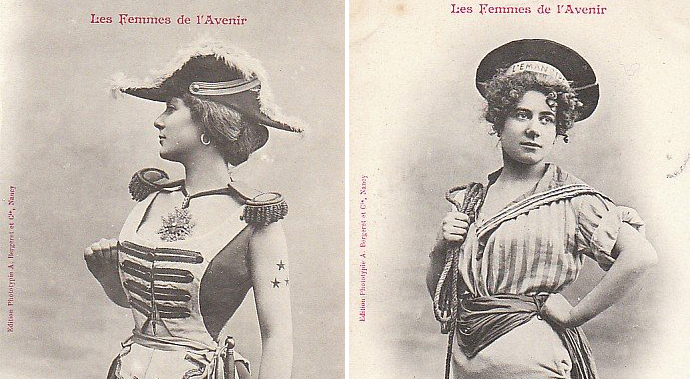 "One of Areej’s first fatwas was to allow women to have multiple spouses."

At the opening event of last week’s PEN World Voices Festival, “The Future is Now,” writers were asked to imagine the world in 2050. The following is Mona Eltahawy’s contribution.

Three women are about to be inaugurated.

The women got to know each other in 2015 on a social media app called Twitter after a feminist they followed posted a series of tweets on the film Born in Flames, an underground queer-anarchist-feminist film in which women use direct action to fight for women’s rights.

Donya Zaki is 60 and is about to become Egypt’s first woman president.

Octavia Hernandez, 53, is about to become the third consecutive woman president of the United States of America, having just beaten Chelsea Clinton, who at 70 was considered too old.

Donya, Areej, and Octavia had all determined that their inauguration would occur on the same day to honor the solidarity that had kept them going since they first met on Twitter.

Not only was Donya about to become Egypt’s first woman president, she was also openly bisexual and a poet, the perfect antidote to decades of hypermasculine Egyptian politics. Donya had enthusiastically joined the 2011 revolution but was quickly frustrated with how male-centric it had become. She watched in horror as it turned into a political musical chairs between the military and the political Islamists of the Muslim Brotherhood.

In 2015, she joined an underground anarcho-feminist movement called Sekhmet’s Sisters. Sekhmet was an ancient Egyptian goddess of retribution and sex. As Donya described her, “First she’d kick your head in, then she’d fuck your brains out.”

Her first presidential decree was to build monuments to the Revolutionary Sisters in every Egyptian city to honor the courage of women who had exposed the so-called virginity tests the military had subjected them to in March 2011.

Areej was an atheist but had agreed to accept the post of first woman mufti of Saudi Arabia because she still believed in change from within. When she was seven, one of her cousins, Maha, burned to death after “morality police” refused to let her and her schoolmates out of their burning school building because the girls weren’t wearing veils. Nobody would tell Areej what happened to Maha but by 2015 she had figured it out and had used social media to start Khadijah’s Daughters Brigades, an underground radical feminist movement. That year, the new Saudi king had removed the only woman in the cabinet. He knew his western allies cared more about buying oil from him and selling him weapons. Feminist foreign policy be damned.

Through years of determined and increasingly audacious civil disobedience, Khadijah’s Daughters Brigades had overthrown the Saudi royal family and the zealous clerics who helped bolster them. A parliamentary democracy was established in the kingdom and the coalition government had asked Areej to become mufti because they understood once Saudi Arabia turned feminist, it would turn every Muslim-majority country upside down.

One of Areej’s first fatwas was to allow women to have multiple spouses; feminism and polyamory at once—not bad.

Octavia is 53. Her lessons in front-line feminism blossomed both thanks to her friendship with Donya and Areej, but also because she was from Indiana, where Purvi Patel was sentenced to 20 years in prison for feticide and child neglect after she miscarried. The year before, during midterm elections, she saw the toxic effects of racism, classism, and sexism when white women voted against Wendy Davis, in a race that was a litmus test for how far what she called the Christian Brotherhood of the U.S. was willing to go to destroy women’s reproductive rights and how it was women of color such as herself who paid the highest price.

Driven by the words of Octavia Butler, the science fiction and fantasy writer she was named after, Octavia would comfort her Egyptian and Saudi friends with her inspiring words. Why do women fight feminists? She would answer with the Octavia Butler quote, “Drowning people sometimes die fighting their rescuers.”

The Patel case, much like other affronts against women of color in the U.S., slipped by, and it wasn’t until white women began to be imprisoned for feticide that voters decided women were more than just incubators.

Rape and sexual assault were almost unheard of by the time Octavia was ready to take the oath. Her predecessor had put into effect a curfew for boys and men that had radically lowered rates of crime across the U.S.

One of Octavia’s first decrees was to make public the Harriet Tubman Underground Feminist Railroad. The three friends had launched the network in 2020 to offer feminist aid—be it to whisk away girls in danger of female genital mutilation, forced marriage, or those in need of a safe abortion.

Some were surprised at the triple inauguration of Donya, Areej, and Octavia, calling it as radical as their underground railroad. But how radical can a movement comprising half the world be, in 2050?

Donya, Areej, and Octavia are about to carry out coordinated acts of sabotage on every house of worship—regardless of faith represented—and every military barracks and camp in their respective countries. The leaflets they leave behind read:

Mona Eltahawy is an award-winning New York-based journalist and commentator and an international lecturer on Arab and Muslim issues. She was born in Egypt and has lived in the UK, Saudi Arabia and Israel but is currently based in New York. She is a board member of the Progressive Muslim Union of North America. She has written Headscarves and Hymens: Why the Middle East Needs a Sexual Revolution (2016) and The Seven Necessary Sins for Women and Girls (2019).

The End of the American Future 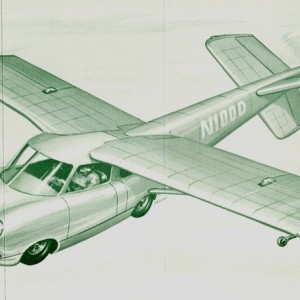 The End of the American Future

In 1979, the science fiction writer Fredrik Pohl released his autobiography. The front cover juxtaposes two images of the author:...
© LitHub
Back to top