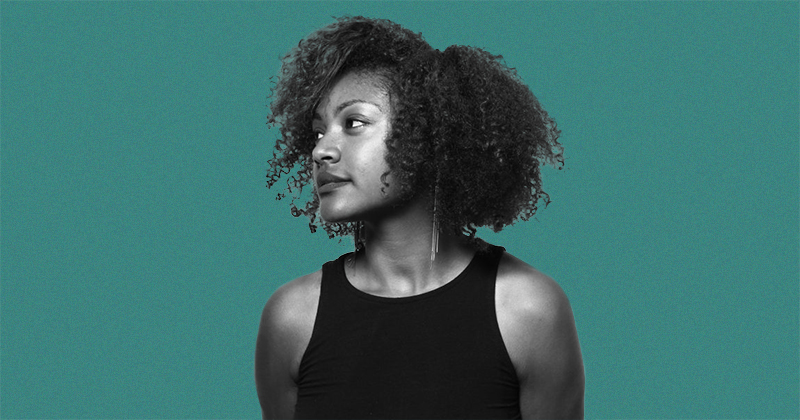 The Woman Bringing the Bronx its First Book Festival

Meet Saraciea Fennell, the Person Who Started it All

Saraciea Fennell remembers the first time the seed was planted in her head of bringing a book festival to the Bronx. She was just starting out her career in publishing, attending the Brooklyn Book Festival as a publicist with Simon & Schuster. She’d never seen a literary event on that scale before. “I thought it was the most amazing thing ever,” she says. But it made her question: “Why isn’t something like this happening in the Bronx?”

That question deepened when Fennell moved into children’s publishing. “I started booking school visits and events all across the U.S. for all of these authors and illustrators, working with independent bookstores and schools. And it got me thinking . . . none of this happens in the Bronx,” she says. Born in Brooklyn, Fennell moved to New York City’s northernmost borough when she was seven or eight years old. As a child, she can’t remember any school she attended ever getting an author visit. With no independent bookstores, there was clearly a literary deficit for the borough’s schoolchildren.

The need for a book festival was there, but Fennell waited for someone else to step up. “I always thought, I’m not going to get moving on this because I’m sure that somebody way smarter or way more capable is going to do this,” she says. But the years went on and no festival appeared.

Then in 2015, the last bookstore in the Bronx, a Barnes & Noble, announced it would be closing. That was the last straw for Fennell. Seeing all of the Bronx residents who petitioned to keep that location open inspired her. “That’s when it really hit me: Okay, there are definitely readers in the Bronx, obviously they’re fighting, and we want to keep the Barnes & Noble here. How can we make this happen?” She tried to use her pull as a publicist to book authors at the store. It turned out to be much more difficult than she anticipated. When the Barnes & Noble finally did shutter its doors a year later, “It really stung so much,” Fennell says. “I was like, I tried to bring people in there! I tried!”

After the Barnes & Noble was gone, Fennell realized it was time to get moving on her dream. She started reaching out to companies and community partners in the Bronx who might be interested in sponsoring the event. Once again, she was met with resistance. Since she was neither associated with a nonprofit or a celebrity, organizations were reluctant to give her money.

So she turned to the community instead. “After having a lot of resistance, I decided I really want to do this thing, and I really want to give back to the Bronx,” she says. “I want to show people who look like me, who’ve attended schools where they’ve never seen an author, never had an illustrator come in to talk to them, or adults who have never entered a bookstore—I want to bring an event to them. Those are the people that I’m really trying to target.”

Fennell put out a call on Twitter, where most of her followers are people in book publishing and other media professionals. The response was overwhelming. Hundreds of people donated to her Kickstarter campaign, which met and exceeded its $30,000 goal in just over a week. Authors and publishers stepped forward to join her planning board, helping her confirm speakers for the event. Fennell joined forces with the Bronx Community Affairs Unit, which she calls a “phenomenal partner,” and the Department of Education to ensure that schools in the borough, most of which are Title I, were aware of the festival. And she herself did most of the grunt work in confirming the ideal location—Fordham Plaza, which she chose due to its centrality and easy access both within and from outside the Bronx.

“I want to show people who look like me, who’ve attended schools where they’ve never seen an author, never had an illustrator come in to talk to them, or adults who have never entered a bookstore—I want to bring an event to them.”

It will be quite a day, if the schedule is any indication. Since the Bronx is largely Latinx, African American, and Caribbean, Fennell focused on people of color in her programming. “I wanted to highlight a lot of the people whose work I have read, or have met and had conversations with, that have really sparked something in me,” she says. Many of them have deep connections to the Bronx. One of the keynote panelists is the poet Elizabeth Acevedo,

whose first book The Poet X released in March. “She talks about being an Afro-Latina, and she talks a lot about issues and stereotypes that Latinx people face in her poetry,” says Fennell.

Also giving a keynote address is Daniel José Older, whose books Fennell once worked on as a publicist. “[His] was one of the first books I worked on where there was a black woman with very big, large hair on the cover,” she says. “And I am a black woman with really big, large hair, and I thought, ‘I have never seen anything like this.” Older is also an activist, which Fennell says is particularly salient given much of the activism taking place against the rapidly gentrifying South Bronx.

There’s a huge lineup of authors and speakers, but Fennell is particularly proud of the Bronx authors featured at the festival. Authors like Lilliam Rivera, whose young adult novel The Education of Margot Sanchez is set in the South Bronx. Or Adam Silvera, who was born and raised in the Bronx and will speak on a panel called “Coloring the Intersection: Queer Authors of Color in Discussion” with other prominent LGBTQ writers. There’s also Coe Booth, who writes middle grade novels set in the Bronx, and Arlene Alda, a Bronx native who recently published an oral history

Fennell hopes that the festival will fight against some of the stereotypes people have about her borough. “Years ago, when the Bronx got the slogan ‘the Bronx is burning,’ no one wanted to come uptown,” she says. “Everyone thought that the borough was pretty much worthless.” While there have been rough patches in the Bronx’s history, a lot has changed in recent years. Many people, including Bronx Borough President Rubén Díaz Jr., have been working hard to make things better for Bronx residents. “It went through this period of time where the Bronx was literally burning,” Fennell says. “But that was decades ago. That’s no longer happening; the Bronx has changed so much. So I think people need to let go of that stereotype, and I think they also just need to come visit the borough.”

That hope of changing people’s mindset is evident in Fennell’s appropriation of the famous phrase into “the Bronx is reading,” the festival’s tagline. But the festival isn’t just to change people’s minds about the Bronx. Fennell is primarily interested in changing Bronx residents’ views of the literary industry. “I want to show black and brown people that there are jobs in publishing,” she says. “Whether they want to become writers, whether they want to get into marketing, publicity, whatever it is, I want them to see that representation.”

“Publishing is very white, and I think one way to help make it more diverse is to have a festival, have a large literary event, in environments that are very diverse,” she adds. “So I’m hoping with the start of this festival, it becomes an annual thing. Who knows—in the next ten years, publishing might look very differently.”

Interested in joining the festivities? There’s a kickoff party on Friday, May 18th at the Bronx Brewery. Then, the Bronx Book Festival is on Saturday, May 19th, from 9:00 am to 6:00 pm. While it is free and open to the public, please register here so organizers know how many people to expect.

Celebrating the Art of the Book Cover 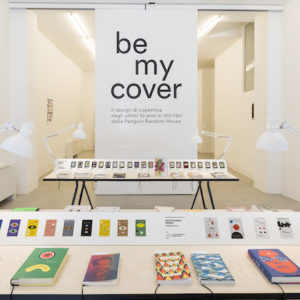 Celebrating the Art of the Book Cover

The following is drawn from a conversation that occurred at the opening night of Penguin Random House's Be My Cover Exhibit,...
© LitHub
Back to top
Loading Comments...