The Wild, Weird Criminal Side of Florida

When it comes to crime fiction, I try to keep an open mind and not to judge anyone by the types of misdeeds and perversions they like to read about. Certainly I wouldn’t want someone drawing conclusions about my own predilection for stories involving the theft of antiques boasting esoteric backstories that turn out to be more or less bunk. That’s a matter of taste, nothing more.

On the other hand, where a reader’s favorite crime fiction takes place reveals quite a lot, in my opinion, and I’ll admit that I never have been able to understand or feel any real human bond with people who read stories from Scandinavia and other snowy climes. It’s a bias, one I should work hard to overcome, but in the meantime there are plenty of like-minded souls who prefer their books to include sunshine, palm trees and white stucco walls for the inevitable blood spray.

Within that subset, LA still dominates the cultural imagination, thanks to Chandler, Cain, Ellroy and Chinatown, but for my money no sunny region in the world, never mind the US, produces quite so many worthwhile, strange and utterly compelling crime stories as South Florida, home to Travis McGee and his Fort Lauderdale houseboat, the poplin-clad hustlers of Charles Willeford’s Miami, Elmore Leonard’s fast-talking, sleaze-clogged South Beach, and all the gory, witty Gulf-to-Atlantic madness that fills the average page of a Carl Hiaasen thriller. It’s a vast sub-genre and nimble enough to maintain several offshoots, including Dave Barry’s winking nods to the classics, Laura van den Berg’s existential detective stories, and a new wave of Latin authors, like Carolina Garcia-Aguilera, whose Lupe Solano series brings the Cuban-American community of Miami-Dade from the wings to center stage, where it no doubt belongs. Add to that list the headlines from the Miami Herald’s crime beat, an august art form all its own, and it’s no surprise the state has adopted the old Somerset Maugham quip about the Riviera—”a sunny place for shady people”—as an unofficial motto and a cry to arms for its legion of writers.

What is that makes South Florida such fertile ground for literary mayhem? Over the years I’ve developed a few theories. One is that Florida, especially the area south of Orlando, is a frontier, and frontier territories have always served as setting and metaphor in tales of human ambition, ingenuity and depravity. Think Kurtz at a poolside tiki bar. Another theory, widely shared, is that extreme heat, especially damp heat, will make you fucking crazy. But crazy in an interesting way, the kind of crazy that sets plot in motion and illuminates dark corners of the social order.

These are explanations akin to natural causes. Somehow it never occurred to me that South Florida’s prodigious output might also be the result of careful planning and the cultivation of a particularly macabre form of institutional knowledge. Until, that is, I came across SleuthFest.

One recent sunny afternoon, I crossed the lobby of an Embassy Suites in Boca Raton, following the signs marked with pink flamingoes and sketches of Edgar Allen Poe—clues, you might call them—until I reached an elegant ballroom where two hundred some odd writers were noshing on desserts and studying grainy images of an apartment soaked and splattered with blood. At the front of the ballroom, Dr. Vincent Di Maio, who has conducted over 9,000 autopsies and once exhumed the corpse of Lee Harvey Oswald, looked at the photograph and shrugged: “It’s a single gunshot wound to the back of the head. So there’s a problem with the husband’s story.” From the audience, there were knowing nods while waiters armed with carafes silently freshened coffees.

The two hundred some odd writers in the ballroom were the members and guests of the Florida chapter of the Mystery Writers of America, which for the last 72 years has championed the genre and its practitioners. Florida ranks among the largest and most exuberant of the eleven regional outfits that make up the national organization, and Sleuthfest is the chapter’s marquee event, held annually during the balmy “winter” months. It is, essentially, a four-day crash-course in forensics, literary craft and detection—all the tools of the modern day crime author’s trade.

After lunch, as the ballroom cleared out and members went off to find their afternoon seminars, I stopped to talk with Victoria Landis, a novelist who works in several genres, including Florida crime, and who is the woman responsible for organizing Sleuthfest, along with Joanne Sinchuk, the proprietor of Murder on the Beach, a mystery bookstore in Delray Beach. Landis has an air of efficiency about her. When I asked what makes South Florida an ideal location for crime fiction, not to mention an event like Sleuthfest, the only of its kind as far as I’m aware, she answered without hesitation. “A lot of crazy things happen here. We don’t have to make it up. We just have to make it sound different.” Arms folded, she looked across the ballroom, which was being converted into seminar space, and asked if I caught the end of Dr. Di Maio’s luncheon.

“It’s not for everyone,” she said. “But we love this stuff. It’s probably a little sick.”

Perhaps suspecting that I suffer from a similar condition, she invited me to stay the afternoon and talk with anyone I liked. As a rule, she observed, crime writers are friendly. At least in Florida.

Having studied the calendar of events, I decided, as the detectives say, to follow my gut, which in this case meant following what seemed to be the deep, guttural barking of a large dog. The sound was coming from inside the “St. Croix” breakout room. The day before, St. Croix was home to arms demonstrations (“Guns 101” and “Antique Guns”), which required special permission from the hotel and consultation with law enforcement. Today, Bella was holding court, along with her partner, Rus Ruslander.

Bella is a handsome golden retriever, playful in the extreme and rigorously trained to track the scent of decomposing human flesh. She’s a cadaver dog, working out of Sarasota. As Bella busied herself with a tug toy, Ruslander, a burly man with a gentle way of speaking, explained some of the differences in training and conduct between a typical police dog and a specialist like Bella. For example, police dogs are taught to take suspects down, and therefore go in for the bite as their final “reward.” Bella, on the other hand, enjoys rough-housing with Rus after a successful tracking, though she knows this treat must be savored a short distance from the find, in order to maintain crime scene integrity. The writers in the St. Croix room were transfixed. A few reached out to pet Bella as she passed by. Others were busy taking notes. One asked a question: “Is she always on? Like, if you and Bella went to a friend’s house for dinner, and your friend had killed his wife and stored the body in another room, would she know?”

The answer: yes, she most definitely would.

Another question: “For her training exercises, do you ever need people to go out and hide?”

Ruslander seemed intrigued by the proposal. “Sure, if you’re in the Sarasota area.”

Soon the room had to clear out for a self-defense and close-up fighting demonstration, which was schedule for 3:25 sharp. Bella enjoyed her applause, and as the writers went in search of coffee, I introduced myself to a man sitting in the back row of chairs. His name was Lt. Rick Spotts. Until very recently, he was an investigator with Miami-Dade PD. SleuthFest had asked him to go over the famous Black Dahlia case—the 1947 murder of Elizabeth Short in Los Angeles, a case that has inspired some of the most celebrated crime writing in history.

The next day, he and his wife—the author and crime scene investigator, Lisa Black—would lecture on the LAPD’s work in light of advances in investigative techniques. Since I wouldn’t be around to attend the session, Lt. Spotts agreed to share a few of his preliminary conclusions: one, it was highly unusual for a police captain to show up at a crime scene on a courtesy card; two, the victim’s bisected body had been moved and laid out for display; three, Short had been pistol-whipped; and four, he didn’t think Short was a promiscuous woman, as the press had portrayed her. Addressing this last item, there was a catch in Lt. Spotts’ voice. The case had affected him, it seemed. I asked whether he had much interest in crime stories, thinking he might soon write a book of his own.

He sighed and shook his head. “You do this stuff for 35 years…”

New writers were filing in for the self-defense class. Lt. Spotts went to the front of the room. As it turns out, he’d been recruited to play the attacker in the upcoming demonstrations. Bonnie Jo Levin, Lt. Spotts’ sister-in-law, was the instructor, and as I watched them warm up, I didn’t envy the man. He was given a red marker and asked to wield it as though it were a knife. For several minutes, the two engaged in various stabbing and sparring exercises, as Levin showed the writers precisely how she would go about punishing any man who dared come at her with a weapon. Her favorite targets were the inside of the upper leg (not the groin, though near it) and the very center of the throat. She showed where on Lt. Spotts. “The throat,” she said. “My God that’s satisfying.”

Next a volunteer was called to the front and bear-hugged by Lt. Spotts. The technique was fairly straight-forward: become dead weight, then when you feel your attacker begin to roll over, whip the back of your skull into his face. And if your protagonist is wearing heels, Levin pointed out, she could also employ a foot stomp following the headbutt: “Heels make for excellent weapons.”

How many new crime series, I wondered, would feature Bonnie Jo Levin avatars as heroines?

The afternoon sessions soon wrapped. For the writers, there was much to look forward to over the weekend—the Black Dahlia breakdown, luncheon with David Baldacci, brunch with Jeff Lindsay, author of the Dexter series, who was reportedly planning to serenade the audience, and of course workshops—genre trends, crime solving couples, “Shooting Solutions,” Parts 1 & 2.

I quietly made an exit, retracing my steps past the Poe and pink flamingo signs. Outside, the sun was shining brilliantly and the late afternoon heat was softened by a light breeze off the Atlantic.

A quote came to mind: “One day Karen DiCilia put a few observations together and realized her husband Frank was sleeping with a real estate woman in Boca.” It’s the opening line to the 1980 novel, Gold Coast, Elmore Leonard’s first Florida book. Until then, he’d written Westerns and gritty Detroit tales. Over the next thirty years, he would set another dozen or so stories in Florida, most famously La Brava and Rum Punch, which feature memorable openings of their own, but there’s something particularly satisfying, like a key in a lock, to that first line in Gold Coast. I’m sure there are real estate women in Detroit and in Stockholm, too, and no doubt they get up to trouble with other women’s husbands now and again, but am I wrong in believing that Karen DiCilia could not have come to that precise conclusion anywhere in the world but South Florida?

Anyway, I’m glad she didn’t, and as I walked across the parking lot of the Boca Embassy Suites, I found myself thinking how expectant, how downright gleeful Leonard must have felt the first time he wrote down those words, and how, back inside the hotel—follow the howl of the cadaver dog, you’ll find it—that very sensation was being distilled, bottled and made ready for daiquiris.

Just How Partisan is the Supreme Court? 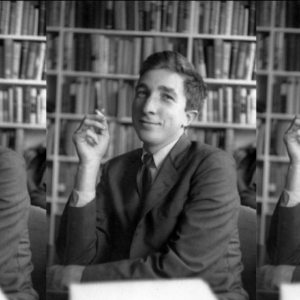