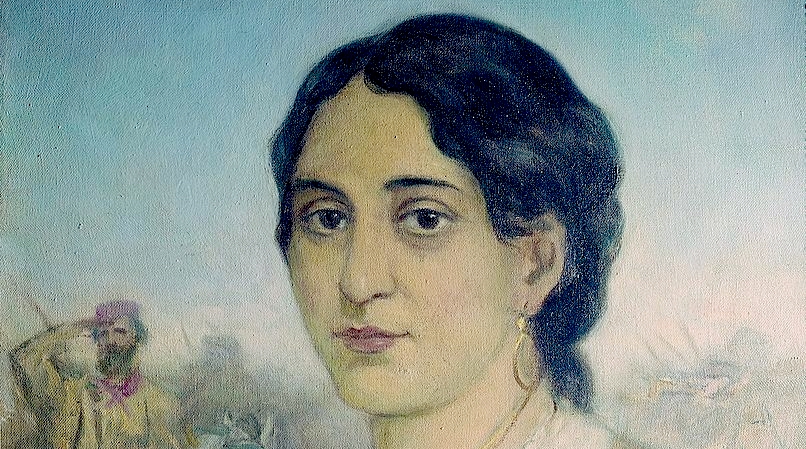 Anita Garibaldi Was More Than a Political Spouse

The legend of Giuseppe and Anita Garibaldi says that Giuseppe spied Anita from his ship and declared “She must be mine!” and then, in a fit of passion, he dove into the water. He threw Anita over his shoulder and they sailed off to Italy, to live “happily ever after.”

But the truth is far more interesting than the legend. And the girl, Anna de Jesus, soon to be known as Anita Garibaldi, was just as radical as her soon-to-be husband.

Long before Giuseppe Garibaldi sailed into Rio de Janeiro, he was causing problems in what would become Italy. In the 1830s, during Garibaldi’s youth, the peninsula was broken up into several smaller countries. In the north were Parma, Florence, Sardinia and Lombardo-Veneto, heavily influenced by France and Austria. To the south was the Kingdom of the Two Sicilies, ruled by a Bourbon monarchy. And in the dead center were the Papal States. In the midst of all this, Giuseppe Garibaldi was challenging the authority of these nations and preaching the message of unity, that there could be one country called Italy. He challenged the Austrians’ control and tormented their soldiers, at one point tying one of the men up naked to a flagpole for the whole village to see.

For obvious reasons, Giuseppe found himself exiled from his home. He sailed around the Mediterranean until he came up with a scheme to join the French Navy in order to cause a mutiny among the men. He was discovered and was forced to adopt an alias so he could book passage on a ship that would eventually bring him to Brazil. There, a growing population of Italian immigrants who called themselves “the Young Italians” were becoming politically active, fighting for the freedom of Brazilians while they waited for their chance to fight in a war. It was the start of the Italian diaspora; the Italian population was being displaced from their homes due to poverty, constant war, and oppressive political regimes. This was the environment in which Giuseppe, the soon-to-be political leader, would thrive.

The Brazil that Giuseppe Garibaldi sailed into was one on the verge of civil war. The gauchos, the nomadic herdsmen similar to the American cowboy, were impoverished and unfairly treated by the more “sophisticated” nobility in Northern Brazil and they were ready to revolt. And, like that of America, Brazil’s economy was built upon the labor of enslaved people. It is believed that forty percent of the ten million enslaved people brought from Africa were sent to Brazil.

At the time, Abraham Lincoln was unwilling to declare an end to slavery, so Garibaldi would not join the American Civil War.

In the midst of this crucible of political and social unrest, a young girl named Anita was observing from the sidelines, getting ready for the moment she could take part in the fight.

And when the fighting in her home state of Santa Catarina commenced 1839, she was fearless. At first Garibaldi, by then her lover, was against her joining. He wanted to keep her safe. The two argued, a row so large the whole camp heard them. Eventually, he relented and Anita became a soldier on his ship. She surprised everyone by fighting as bravely as the men. After surviving a near scrape from cannon fire, Garibaldi forced her to go below to rest—which she did for all of fifteen minutes because she brought up deserters who were hiding below. After that, Garibaldi couldn’t keep her from the action.

Throughout Garibaldi’s life, particularly in his early days, he was passionate about independence and equality for everyone. This was a requirement for any country seeking to hire him, whether it be Rio Grande do Sol or The United States. In a letter sent to Abraham Lincoln after a command was offered in the early days of the Civil War, Garibaldi said (through a translator):

His deep and most heartfelt sympathies are with your people who are now in arms and fighting in the sacred cause of liberty and humanity. He seems at a loss how to understand why a nation like the American Republic, with such absolute and soul-inspiring declarations of freedom engrafted in her Constitution and laws, should be so regardless of the dictates of humanity, and the enlightened civilization of the 19th century, as not to have Slavery, the barbarous relic of a barbarous age, at once and forever abolished.

At the time, Abraham Lincoln was unwilling to declare an end to slavery, so Garibaldi would not join the American Civil War.

The similarities between the Brazilian struggle for independence (which would come to be known as the Ragamuffin War) and the American Civil War were many. The people’s grievances included over-taxation, their resources being used for the benefit of northern Brazil but not benefiting them, and the needs of the south being dismissed by the nobility in charge. The Ragamuffin War differed from our Civil War in that the people of Rio Grande do Sul, the southernmost half of the country that was rebelling, insisted on the freedom of the slaves, an institution that was supported in the northern half of the country.

Garibaldi’s political ideals—including the notions that a person could choose their own way, and that people of every station should be treated with dignity and respect—were just as attractive to Anita as his looks. Giuseppe was no doubt charismatic; once he took up the plight of the gauchos, he inspired many to follow him into war. But it was not just physical attraction that brought Anita to Garibaldi’s side—it was his ideas, his dreams, the possibilities that he introduced to her that kept her fighting by his side and allowed her to have the space to create her own beliefs.

There was also a sense of partnership between them. In Giuseppe Garibaldi’s memoirs he says, “Had I not close to me my Anita, my treasure, with a heart burning as warmly as my own in the cause of the peoples?”

Anita was as passionate about the freedom of Rio Grande do Sul as her husband was, and she argued with him about strategy when the situation called for it. In one instance that I dramatize in my novel, The Woman in Red, Anita argues with Giuseppe about the resolution of a battle within the Ragamuffin War. I wanted to portray Anita as the advisor she was, rather than simply as a follower of Giuseppe’s political ambitions. “But you see, he asked me, and I had to tell him what I thought,” my fictional Anita says. “Maybe he was surprised that I had my own ideas, that I felt the strength in my own ideas, that I felt the strength in myself and in the pain as much as he did.”

Together, Giuseppe and Anita stood against the totalitarian regimes. They fought for the freedom of enslaved Brazilian people, and sought to unify a country. Giuseppe’s causes were her causes not because he was such a dominating force, but because she chose to take on the mantel of freedom fighter alongside him. These were values that she embraced. She was a woman who needed more than what her small life on the coast of Brazil could offer.

Their partnership bound them together. Garibaldi could never have been the George Washington of Italy if he had never met the ferocious woman who helped him realize his ambitions. And Anita would not have become the feminist icon she is remembered as today without the influence of Garibaldi. The pair’s legacy of dedication to freedom and the greater good resonates throughout history. 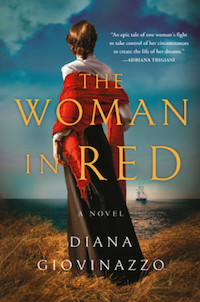 Diana Giovinazzo’s novel The Woman in Red is available now.

Diana Giovinazzo is the co-creator of Wine, Women and Words, a weekly literary podcast featuring interviews with authors over a glass of wine. Diana is active within her local literary community as President of the Los Angeles chapter of the Women’s National Book Association. The Woman in Red is her debut novel.

The Satire That Takes on Punk, Richmond, and the Trope of the Magical Black Friend 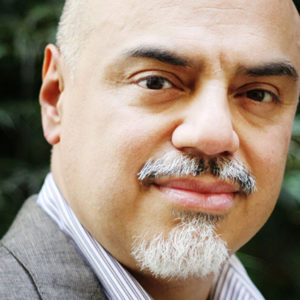 This week on Well-Versed, Sean McDonald, publisher of MCD, talks with writer Héctor Tobar about his new novel, The Last...
© LitHub
Back to top
Loading Comments...