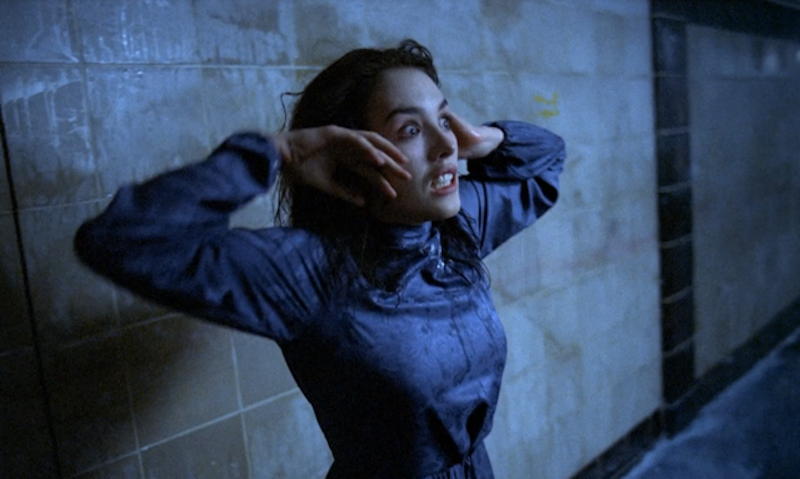 The Virtue of Giddiness in Art

Rosie Haward on Desire and Dizziness, from Bernini to Adjani

Adjective: Having a sensation of whirling and a tendency to fall or stagger; dizzy.
Disorientating and alarming, but exciting. Excitable and frivolous.

Verb: Make (someone) feel excited to the point of disorientation.

Origin: Old English gidig “insane,” literally “possessed by a god,” from the base of God. Current senses date from late Middle English.

To be possessed by giddiness is to be outside one’s usual bodily state. The following short vignettes either explore a scene from a film, or a sculpture of the female body, that could be said to represent the sensation or experience of giddiness. Giddiness is a disorientation of sorts, bringing with it shifts in emotional or physical sensation. In considering what these shifts might look like—and how they have been culturally represented—I centered on what seemed to be an overlap between the definition of “giddiness” as being “excited to the point of disorientation,” and a definition of “disorientation” as it’s used in the theorist Sara Ahmed’s 2006 book Queer Phenomenology, to refer to a moment of potential queer resistance. (Here I use queerness, as Ahmed does, in reference to both non-normative genders and sexualities, and to the earlier meanings attached to the root of the word, i.e., “strange; odd; oblique”). I am reluctant to give such a scant definition of the word “queer,” but it will suffice to note that my understanding and experience of it is close to Eve Sedgwick’s roaming definition as something that “opens the mesh of possibilities, gaps, overlaps, dissonances and resonances, lapses and excesses of meaning when the constituent elements of anyone’s gender, of anyone’s sexuality aren’t made (or can’t be made) to signify monolithically.”

For Ahmed, disorienting moments hold radical political potential when they resist what she describes as the re-orientating force of the straight and straightening lines of compulsory heterosexuality. In writing these texts, I hoped to locate this potential in the bodies of the women I chose as characters: bodies that are both fluid and static but also always ecstatic in their giddiness, which comes to them through physical pleasure. Though this writing is positioned in relation to queerness it is important to remember that the disorientations I speak of are distinct from Ahmed’s in the way they are experienced. As mythologized and fictionalized models for imagining what it might be to be disoriented, they are rooted in the form that they take: that of storytelling. This is not to say that they are wholly distinct from physical experience, the only articulation they can have is one that moves through physical experience­—at least in its remembered form. But as Ahmed states, it is not that disorientation is “always radical” or should be validated as a politics, but rather the question of what disorientation can “do” within queer politics that is to be considered.

And so, the three women in these texts became connected for me in their shared experience of the movement from desire to dizziness. Despite the sharply contrasting objects of their desires—a non-human lover; an ecstatic religious experience; sexual satisfaction—they are all disoriented by their experiences. And in all this there is, for me, a keenly felt resistance: the sense of something bubbling over. Their actions are not necessarily anti-normative, but in their giddiness there emerges a hunger for the not-yet-known, a pulling away from heteronormativity that begins with the confounding of its methods of categorization. Bodies who lose support often do so for a reason; the existing colonial, patriarchal, and heteronormative structures that fail us, that leave us unsupported, refuse us safe ground. These bodies are made vulnerable in a world that places one at an “oblique angle in relation to that which is given,” and in turning towards, or perhaps just paying close attention to them, I hope to find clues for alternative and multifarious manifestations of desire. 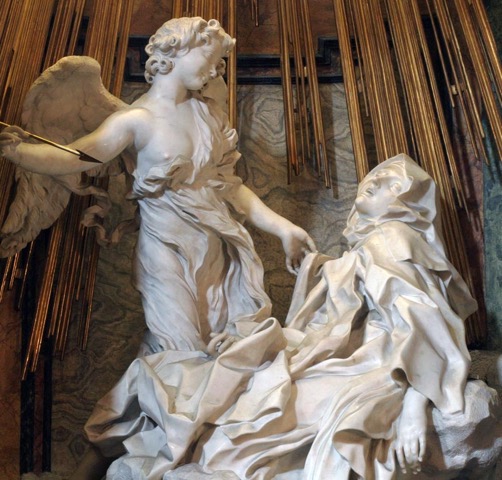 Carved. Folds of marble draped over her unseen limbs. The other body looks down at her—herubic, sculpted small—airless in comparison. The imaginary draft sending fabric ripples out from his curves, as he waits to push the arrow in deep. Red wet would spread across stiff cloth. But she’s white still, radiant even, for marble; open mouthed and caught between throes.

Underneath those eyelids she’s locked in a one-sided seduction, impenetrable form fizzing underneath. You wouldn’t know from seeing her but she’s waiting for her body to dissolve; for the ground to drop away; for a worship that intoxicates, made its sweetest through pain; for swooning and tears to tell her it’s real. That she’s the one.

From afar she’s like a tissue that has got stuck in the wash; golden rays touch the tattered edges.

Hordes pass her open mouth. Sun-creamed arms jostling for the best view of her careful, frozen ecstasy. All pale, still, but skip back in time and you’d see her head tipping back, cries escaping her throat before it was stone, twisted damp sheets.

Hundreds mirror her tilted head, awe rising from the cool church floor as she waits prone, overcome. But despite the dancing light that moves reliably over her each day—from a bright August heat to February’s tears and back again—she remains lifeless, weighted. But the almost-movement suggests a drift over the heads of the crowds. Body lost under starched cloth but tingling rushing over skin, probably. Hinting at the before and after. Her delicate hand above her breast, a thinking of the skin beneath, air vibrating.

Hovering on the cloud rocks, tensed foot slipping off. I wish she’d just burst out, leave her syrupy visions, and hop into my bed. 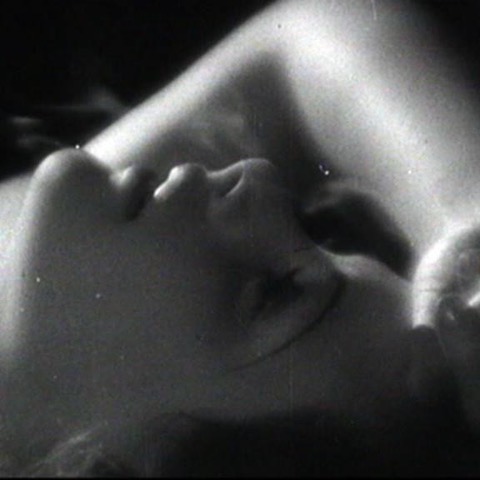 I’d like to think she’s taken by the storm, a runaway bride again. She’s thrown into a pathetic fallacy gone wild.

A close up of her soft lips closed, then slowly parting, lipstick unstuck like a plaster being pulled off skin. Then the seduction starts with one of those old-fashioned movie kisses—lips pressed together, hard, swaying slightly in expectant bliss (but not much else). Amidst this necessarily tepid display of lust a ghost of her image drifts forward; a twin, translucent head moving over her own. I almost missed it. An out-of-body experience then, maybe a disclaimer—the orgasm was all a dream, they’ll say, but I imagine her second head above the scene, making notes so to fuck to herself all the better when she gets home.

He laid her down like a saint, white sheets ready for the convulsions.

After she clutches his head to her chest as if she’s readying to pull it off—but settles for a cinematic, post-coital cigarette, ignoring him, communing with her ghost. Her pearl necklace, first seen in a rectangular shaft of light resting on her chest, now scattered predictably, each small bead in its new place across the fluffy rug and wooden floor.

Dew drops quiver after the storm. Her triumphant walk through fields, backed by the blurred curves of mountains. 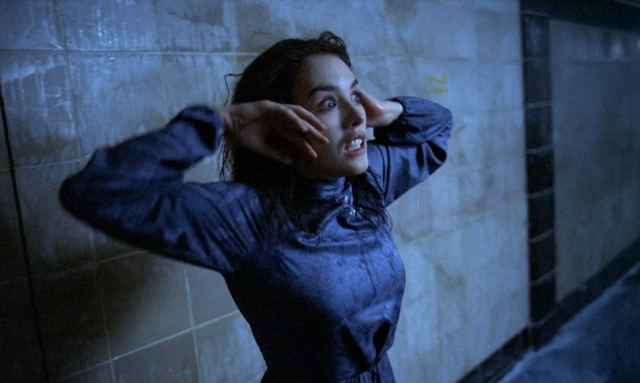 Anna—body rising with the escalator—reaches a fervor. It lifts up from her empty stomach, which is an unwittingly fertile environment for this kind of feeling, courting the adrenaline that rushes through without food to stick to. She’s leaning forward from the start, head locked and eyes wide, the heaving of a yellow train passing through, then emptiness—a grin. Lurching toward the camera her labored breaths are violent in their journey out. Then skittering into laughter.

That deep-water blue, high-necked dress again, breasts loose underneath. Gathered sleeves tight at the wrist, full skirt beginning to twist as she writhes, bag clutched at her pelvis, both hands gripping on. A tennis match of shrieks begins between the narrow tunnel walls, followed by her back smack against the tiles, one side, again, then the other. The scuffing of her heeled feet like rats amongst the echoes.

Beige string criss-crosses bulging, her shopping bag rises, milk splattering across the walls as she whacks it back and forth. No one else to get caught in the streaks of wet white and sticky yolks. Four blue dresses are destroyed and nothing else is left intact. Not her marriage, or her affair—and not the shopping either.

It starts as a dance, an uncontrollable celebration of a sort. Insides swarming, corralled by the unrivalled hell of heteronormativity. She’s full to the brim with it, moving though her body, heaving and unrhythmic, neck wrenched back and head circling. With pulsing gasps and hands their twin timing the seconds until she drops; stockinged legs making milky tracks. The tunnel flips on its foundations, walls disoriented as little ladders creep up the shine in her moon glimmer tights.

Eventually, fluids splutters over her thick lower lip. White and red streams run from her ears, mouth, bubble out from under the blue skirt. Trains speed close by. Whatever’s left after all the monster fucking now in puddles on the tunnel floor. Gestation over. Left for purposeful feet to slip in, moving liquids on their soles, travelling in patterns through the city. A seduction of the non-human because nothing else will do, nothing else will satisfy. Liquids spilling out of her, the last vestiges of marriage, slippery and repulsive, ripe for a comedic slip and fall. 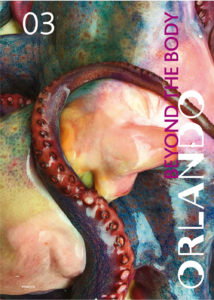 This text was first published in Issue 03 of Orlando, which was themed ‘Beyond the body.’ Reproduced by permission. Copyright © 2018 by Rosie Haward.

Rosie Haward is a writer and podcaster based between Hastings and Amsterdam, where she recently completed an MA in Critical Studies at the Sandberg Instituut. As well as writing about bodies, queerness, and the sea, together with Matilda Hemming she presents the podcast Textual Feelings, which focuses on genre-bending, feminist books. 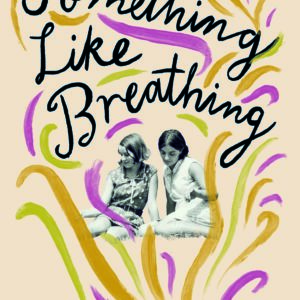 Bunny Tyler believed in God and Tupperware. I’m not sure which she believed in more. Wherever she went, she carried a duck-egg...
© LitHub
Back to top
Loading Comments...