The Use Of Fame 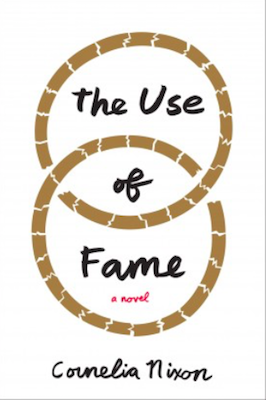 The following is from Cornelia Nixon’s novel, The Use Of Fame. Cornelia Nixon challenges class in academia & questions the limits of language and the boundaries of love. Cornelia Nixon is the author of three other novels, Angels Go Naked, Now You See It, and Jarrettsville, as well as a book of literary criticism. She has won various awards including two O. Henry Awards & two Pushcart Prizes.

Ray Loved his funny little house in Providence. It was about a hundred years old and had belonged to a fisherman—so simple, there were no halls, just rooms that opened into each other, a staircase straight into his bedroom, a tub in the kitchen. But all of that meant little privacy, and Johnny’s need for space made it too much for him. So he and Sarah had booked a room at a B & B, and they were leaving in the morning to cross-country ski in Maine.

So Ray had the day after Thanksgiving to himself. He slept late, snoring with his mouth open, shaking off the wine, then got up and contemplated the kitchen, which they had all just abandoned at God knew what hour the night before, turkey grease and cranberry sauce across the counters, empty wine bottles. He was pleased with how the meal had gone, turkey moist and succulent, as good as it got, his dressing damn good, too. If he trusted his instincts, his cooking worked, because he obeyed no rules, took the top off the rice and stirred it while it cooked, never measured anything, and fuck the prissies who predicted otherwise.

He put on the CD of John Zorn, Naked City, cranked the volume up and buzzed around, cleaning up the kitchen. A few leaves of Brussels sprouts had gotten ground into the maple floor he and Abby had installed, and that she had quickly ruined, in her impatient way, carrying a dripping broiler pan across it, leaving a line of black grease imbedded in the wood.

They should have had the new floor shellacked, the way they did in their first house, in Morgantown. When they bought that place, it had ugly cigar-brown shag carpeting in every room, but Abby had pulled up one corner and thought she spied hardwood beneath. When they went to Berkeley for the summer, she had someone come in, rip out the carpet, refinish the floors and shellac them. When they got back to Morgantown that fall, the house was filled with gleaming light oak floors.

That place was beautiful, small but peaceful, on a dead end street with a huge yard. He had planted 36 flowering trees and bushes and 500 bulbs, pink frilled daffodils and black irises and Emperor tulips that came up magnificently every spring, and red, white and pink peonies that flourished their ruffles in June. He missed it and their life in Morgantown, walking through the alleys of his youth.

Why had it not been good enough for Abby? When he finished grad school, he had landed teaching in Pittsburgh, just 70 miles away, and they had a decent life, together almost all the time, though he kept a room in Pittsburgh to cut down on the drives.

But no. Abby had to go back to the bay area, to her family in Pacific Heights—as if Ray wasn’t her family now—and Berkeley, where she did her Ph.D. She needed to impress her former profs and spew theory jargon. And when her mom died and left her a pile of money, she bought a pricey condo in Berkeley’s Gourmet Ghetto, where you could get twenty kinds of mushrooms, strawberry papayas and organic frisee even in December, when only iceberg and apples might be had in Morgantown. She threw around another bundle on a Porsche, color of a buttercup and far too pretentious for West Virginia, so she could style around with the top down. And after a while, there were the horses, too.

And if Ray ever objected, she would put her perfect retroussé nose in the air and say, “It’s my money. I can do what I want with it.”

And yes, Ray loved Berkeley, too, the way the fog crept in all summer long, chilling the nights even if it was scorching at noon. August, when it stayed gray and cold, like morning all day, no pressure to do anything but write in his café. Views of the bridges, San Francisco white and hilly across the bay, sailboats drifting by. Yeah, yeah. Everyone was so cool out there, Ray felt instantly more suave the moment he arrived. Sometimes he even loved the Porsche.

But that wasn’t who he was. Not one goddamn other person out there grew up over a coal mine. Berkeley people all had perfect teeth, but his family could not afford dentists, till they had to have their teeth yanked out and wear dentures. No one in Berkeley ate even the best venison, let alone the road-kill kind (though it was lean, high protein, free of additives, and economical), or fried catfish, or All-the-Way Dogs.

But all right, when Abby got her dream job and took off, he landed one almost as good at Brown, a big step up from Pittsburgh, even at half-time. And there were working-guy bars in Providence, places where he felt at home. Real people, too, some of them his grad students, guys who’d scrambled up from some godforsaken place like him. And yeah, Tory, a petite brunette with a waspy waist, from

Montreal. Her father was a butcher, who had stopped school at fourteen and never really learned English.

Quickly he checked his phone.

“Beignets for breakfast. Yum,” Tory had texted him. “Did you survive the night, darling?”

“Barely,” he thumbed quickly back. “Tackling kitchen now. Wish you were here. I’d take off all your clothes so fast.”

Send, he pressed, and stared at the kitchen counter, imagining how he would start, if she ever came in through his door. After New York, he had sent her a silk blouse, pale pink to set off her coloring, and he pictured her in it, how it would feel under his palms as he stroked her small breasts.

He thought of how he had walked around the city, holding her slender hand. The top of her head only came up to about his heart, her smooth dark hair trimmed neatly at the bottom of her jaw. He had sat across a tiny round table from her, trying to memorize her face. The big intense brown eyes, the beautiful nose, not like any he had seen before. A little long, a little arched, but soft and tender-looking, like a baby’s. Her mouth was wide, lower lip more full. The way she lifted her light hand and let it fall open in an explanatory gesture was the most graceful human act he’d ever seen. He had missed what she was saying, watching that.

To steady himself, he pulled Abby’s worn-out copy of The Joy of Cooking off the top of the fridge and flipped to a recipe for beignets. He would never make them—he made guy stuff, though not just kick-ass pizza and burgers—he did risotto and paella, too. He loved cookbooks, the only tales with happy endings guaranteed. But he never consulted them, except to catch an idea, blow it up and make it new.

You could say that was, right there, the difference between him and Abby: she read recipes and measured everything. She also used perfect grammar, tried to make him learn it, too, and she could spell—she broke his balls over that all the time. He was dyslexic, okay? And his relationship to language was alive and real—he wanted to dive into the flaming magma at its heart and let it spit him out. Who cared how the fuck you spelled the words? Someone had just made that up, a couple hundred years ago. It was not a moral issue. It was arbitrary, dead.

Just to spite her, he got out the milk carton, put it to his lips and poured it in his mouth. Abby was voluntarily three thousand miles away, and that meant he did stuff his way. He spent all the money he wanted on CDs, though she sometimes ragged him about that. He said The lawn needs mowed. He said I’m going to go lay down. He said Give it the fuck to Hank and I. He spelled the sink implement Spong. He’d had to train Abby: If he yelled from his study to hers, “How do you spell perception?” she was not allowed to lecture him on Latin roots or handy rules to help next time. She was just supposed to shout, “P–E–R,” etcetera, though Ray thought “preception” made just as much sense.

In their early days, she had been stuck up from her la-de-da grad school, and he had to call her “Berkeley” and beat her down in arguments. It helped that he had published fifty poems by the time they met, while she had nothing but a contract for an academic book. Sure, his were in tiny magazines with names like Blue Porch and Fish, some of which folded soon afterwards. But they still got into print.

He also had to correct her attitude about her colleagues in the English Department at West Virginia U. She thought they were all idealistic people, who could have made a lot more money as doctors or lawyers but chose to teach because they believed in it—when actually they were Ivy League shits who hated Ray for being working class. One of them had ripped up his paper on experimental poetry and tossed it like confetti at his head, shouting, “Quit! Just quit! You can’t do this!”

But soon after he finished his MFA, Ray’s first book was bought by a major press, something the confetti-guy could only dream about. He also married Abby, Confetti’s prized new colleague, and snubbed the man every chance he got—until, at a party for young faculty, Confetti had apologized and asked Ray to dance. Ray accepted the apology, though he declined to dance.

From The Use Of Fame. Used with permission of Counterpoint Press. Copyright © 2017 by Cornelia Nixon. 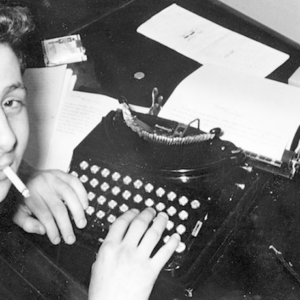 Lit Hub Daily: May 11, 2017 In the early summer of 1924 two American writers sat in a Paris café: On the friendship between Ernest Hemingway...
© LitHub
Back to top