Brooks Wright's Random Encounter with a Nude Portrait of His Brother

Can a single photograph define a life? Brooks Wright has been struggling to answer that question for years.

When he first saw the picture, it took him by surprise. In the late 1970s, after several years on the road as a drummer, Wright took a job as a sailmaker, working for the boating legend Ted Hood in the preppy waterfront town of Marblehead, Massachusetts. He and his third wife, Rita, were newcomers to the area; Brooks was born in New Rochelle, New York, and grew up in Kansas.

One Saturday afternoon, Brooks and Rita were invited to a co-worker’s apartment for a few beers. At one point a colleague pulled out a book of photographs. The guy turned to a risqué black-and-white image and made a joke about the person in the picture: a nude man, his face painted, striking a feminine pose with his penis tucked between his legs.

Brooks took one look at the page and whispered to his wife: “That’s my brother.”

Though he’d never seen the photo before, he’d had some idea of its existence. His brother Bruce once mentioned during a casual phone call that he’d posed for a series of pictures with a photographer from his neighborhood.

The photo is now famous as A naked man being a woman, shot by the celebrated archivist of human idiosyncrasy, Diane Arbus. It is, writes Arthur Lubow in the new biography Diane Arbus: Portrait of a Photographer, one of Arbus’s greatest photographs: “a primer on her artistry.”

For Bruce Wright, Brooks’s wayward older brother, posing for the photo was likely nothing more than something amusing to do on another aimless day in Greenwich Village, where he lived for much of his life. Yet the lasting image from the series of pictures Arbus took of him that day has become not just a key to the photographer’s intimate working method, but a glimpse, frozen in time, into the short, defiant life of Brooks Wright’s big brother.

“I can see the real him in the picture,” says Wright, who still lives north of Boston. “I don’t think it’s fair that that’s his legacy. But he was able to show the world—like it or not, this is me. I’m sure he was tickled pink to have the pictures taken.”

When Lubow’s book came out in June, Brooks Wright contacted the author’s publisher. The biography includes a few pages on the mysterious subject of A naked man being a woman, noting that Arbus called him “Bruce Catherine” or “Catherine Bruce,” depending on which persona he was presenting at the moment.

At more than 600 pages and years in the making, Lubow’s book has already been noted as the most comprehensive study to date of Arbus, the photographer who trained her gaze on ordinary men and women and the extraordinary skins in which they found themselves—from racial and ethnic differences to people with genetic disorders, elaborate tattoos, and a frank affinity for nudism. Whether she found it or coaxed it, Arbus’s subject was our penchant for exhibitionism: See me.

Lubow says there was no way of knowing how to find out more about Bruce Wright’s life until his brother came forward, after his book was published. Though the photo has become iconic, Bruce’s identity was never uncovered, until now.

“I definitely would have liked to know more about him,” Lubow says. At least he was able to confirm with Brooks the few details he did report. In the book, he characterizes Bruce as a “small-time grifter”—Brooks compares his brother with Ratso Rizzo, Dustin Hoffman’s con-artist character from Midnight Cowboy—and an omnivore who “engaged in all possible sexual permutations, with both men and women, as both a man and a woman.”

According to Arbus, her subject told her that he’d been cross-dressing since he was three years old. Brooks Wright first learned his brother’s secret when he was about 10. Bruce, then a teenager, was home in Kansas temporarily after living as a runaway on the streets of New York.

“I came in from playing baseball,” recalls Brooks, a wry, composed fellow with a salt-and-pepper beard, “and there was no one there but Bruce.” He came out of his bedroom “in full drag,” Brooks says.

“I don’t remember it being a tremendous shock.”

In 1969, when he was 21 years old, Brooks spent some time in New York, hanging around with his brother and his hard-partying friends. The vignettes he collected include tales of washed-up actors, professional drunks and promiscuous women. A writer who’s had a couple of short stories published in literary journals, he’s been writing a memoir about his brother. He calls it Laughing Boy.

Bruce, his brother says, habitually roamed his neighborhood with a transistor radio in one hand, tuned to a classical music broadcast, and a can of Schaefer beer in a brown paper bag in the other. He died of cirrhosis of the liver in 1982, at age 41.

“I knew when I was 20 that he was just going to drink himself to death,” says Brooks.

There’s a can of Schaefer visible on the floor at Bruce’s feet in the famous Arbus photo. The can is there, too, in another photo of Bruce, taken just before he posed for the nude shot. In the earlier picture, Bruce is sitting on the edge of his bed, wearing a girdle and a stuffed bra. Arbus flanked those pictures with “before” and “after” shots: there’s Catherine Bruce, in an overcoat and pumps and a black beehive wig, idling over a cigarette on a bench in Washington Square Park, and then Bruce Catherine, again on the bench, looking butch with his ever-present can of beer, wearing modish slacks and a pea coat.

Those photos appeared in Revelations, an oversize retrospective of Arbus’s career published in 2003. In all, Arbus took multiple rolls of film of Bruce that day, in early spring of 1968.

When Brooks Wright first saw that book, he was startled to come across a few more images of his brother, again on a bench in the park, again with the beer in hand. This time, however, Bruce was sitting with a friend, an older man, balding, grinning through the space where his front teeth had once been. Those pictures were made three years earlier, in 1965. No one, to Brooks’s knowledge, had made the connection between the young man in those pictures and the slightly more world-weary subject of the transitioning series that produced A naked man being a woman.

The work of Arbus, who took her own life in 1971, has been enjoying one of its periodic resurgences. In addition to Lubow’s well-reviewed book, the Met Breuer just opened “In the Beginning,” an exhibition of mostly previously unseen images dating from 1956 to 1962, the period in which she developed her unmistakable style.

That style is on full display in her unforgettable image of Bruce Wright, says Lubow.

“It’s a picture about a very particular person and place, but it also has a mythic quality,” he says. “The thing about photography is, you’ve only got a moment. You’ve got to figure out a way in that moment to show the process.” Arbus, he says, was acutely interested in “identity formation—how someone born into one body manages to find his or her way into a self that seems more natural.”

In that way, says her biographer, Arbus was ahead of her time. In that way, you might say that Bruce Wright was, too.

What Should Fiction Do? 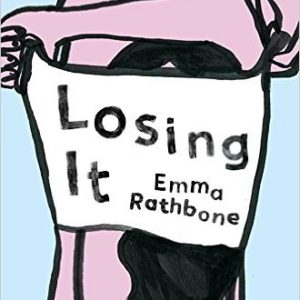 When was the last time you wanted something? Wanted it so badly that the very grip of your wanting seemed to prevent you from...
© LitHub
Back to top