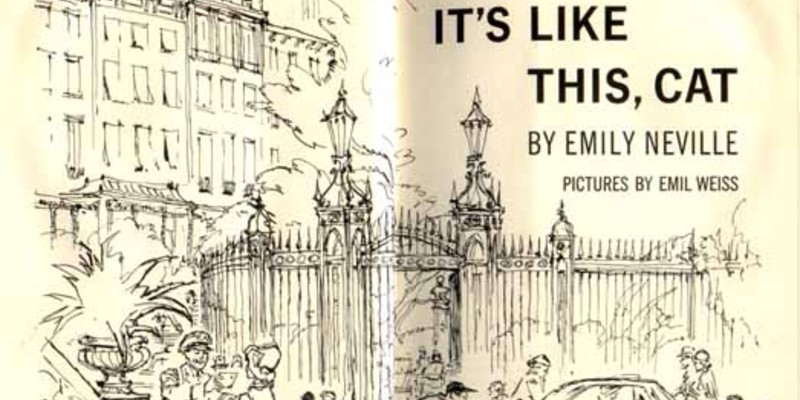 The Unrealistic Portrayal of New York in It’s Like This, Cat

On today’s episode, Jennie and Marcy talks with YA for Wine Lovers founder Erin Deedy about the winner of the 1964 Newbery Medal for excellence in American children’s literature, It’s Like This, Cat by Emily Cheney Neville.

Jennie: That’s the last thing I want to touch on a little bit. Is New York itself as a character? I mean, we talked a little bit about this. The New York of this book is so un-diverse, so sanitized in a lot of ways. I wasn’t around in the late 1940s, early 50s. I don’t know if that’s actually how it was. What I’ve read, though, it sounds like this is not a realistic portrayal of the city.

Erin: Well, what stuck out to me was that he always had money on him, and the kids that he was with, they always had money for the most part, which for me, like as a kid to just have money on me all the time would would have been ridiculous, you know. All the people that he was with, they were all white. They’re all affluent, you know. It didn’t matter if they were in Coney Island or wherever he was. He was in Manhattan, I believe. But like everyone always had enough money for a Coke or a movie.

Jennie: There never seemed to be anyone who is really downtrodden. Aunt Kate seem to still be well off.

Erin: She could afford food for her cat. I mean, she fed them some chicken gizzards.

Jennie: She also got an inheritance during the book.

Erin: Which was a big deal to the neighborhood, though. Yeah. But it didn’t seem it was touched on at all that any of these people could be anything. They knew where their next meal was coming from. They were food secure.

When Coronavirus Hit, This Writing Nonprofit Expanded to Serving Lunch 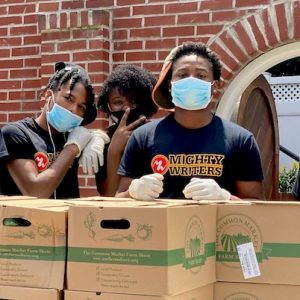 When Coronavirus Hit, This Writing Nonprofit Expanded to Serving Lunch