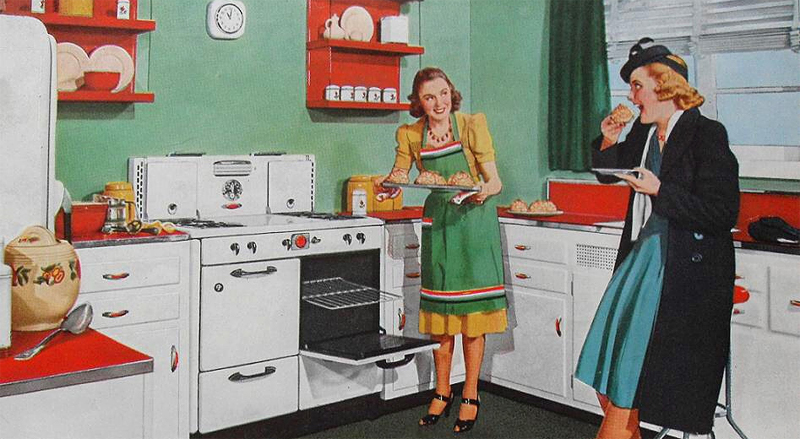 The Unbearable Niceness of Being

The first feeling to arrive while reading Emily Gould’s essay on publishing’s gendered niceness problem was mortified panic. It was followed my many more feelings, but the mortified panic lingered throughout, accompanying other fears made more real by seeing them confirmed in writing by another woman my age in the same industry. I bristled at some points and nodded my head with the entire top half of my body at others, but the one that nagged at me most wasn’t found in the essay itself but in its sub-hed: “Baking cookies is just part of playing the game.” Amid Gould’s thorough and thoughtful critique of the expectations placed on women in publishing, I was stuck on the thought that I had missed the memo on bringing cookies to my readings to render myself more likable than my prose and wit could do alone. As I read on, however, I discovered a still greater horror: even in the absence of snacks, I still exhibit the telltale characteristics of someone who is nice.

By the time I finish writing this, I will have typed and deleted and retyped more cautiously every sentence of this essay. This is because I largely agree with Gould’s conclusions about the unfairly high expectations for women in publishing and don’t want to misrepresent myself as oppositional to them, but if I am honest with myself, it is also because I want to be nice. I do not mean that I want people reading this to think I’m nice, but that I want to actually be nice. And no, I do not mean kind or empathetic or warm in this case. I strive to be all of those things too, but I really do just mean nice here. I keep italicizing that word because it has come to read as a hissed accusation of shallow ingratiation more often than as a simple description of agreeability. But that’s what I want to be. You know, pleasant. The kind of person who compliments perfectly satisfactory but not especially exciting outfits, who staves off lulls in party conversations by asking more questions about a topic that is nearly boring them to tears. I don’t just smile when I meet new people at readings or industry parties; my smile has an exclamation point in it.

Gould refers to the niceness that women in publishing are expected to perform as “playing the game.” Among other niceties, the game is said explicitly to involve writing fawning social media posts about “okay-ish” books and sending friendly notes to critics along with galleys. I read Gould’s essay last Friday, the day that galleys for my first book were shipped and the day after my publicist at Grand Central sent me an Excel sheet of the names of people receiving them. I had spent hours crafting personalized emails to several of the recipients, telling them I was excited they were getting the book, detailing why I thought they specifically would like it, even recommending particular essays based on their reading and writing habits. Now, I felt a rush of panic that these recipients would think me a brown-nosing try-hard like Tracy Flick—her will to power fueled by chirpy interjections and smiles—or worse, a serpentine manipulator like Regina George, complimenting an outfit one moment and calling it the fugliest f-ing thing she’s ever seen the next.

I use girls from teen movies as examples intentionally here because my experience in publishing has felt so often not like a real high school experience, but like some exaggerated fable about the pitfalls of gossip, caring too much about public perception, and seeking popularity at the expense of integrity. Gould chronicles the exhausting dance of being complimentary to all editors and their authors for fear that they may one day edit us; the unfulfillable desire to ignore publicists because they might eventually become our own; the withholding of “a savage pan,” trapped by possibility of being thrust onto a panel with or under the awards judgment of the author in question. “After all, the business of publishing is not about being nice, it’s about seeming nice, and no one is really that nice,” she concludes.

Gould has spent far longer in publishing than I have and been treated far more cruelly when she did not capitulate to the demands for female likability, so it is reasonable that she sees these demands as especially exhausting. I understand feeling disturbed that so much of this niceness is a veneer. But I am reticent to embrace an alternative where icy ambivalence or willful disinterest in others is the norm. Though men within publishing frequently exempt themselves from efforts at likability among their peers, nearly everyone in the industry exempts themselves from these efforts when it comes to outsiders. Gould comments on the welcome reprieve of witnessing an especially disengaged woman author at an industry event, but people seeking to get into the industry have likely met some version of that woman several times over. The resulting insecurity and sense of unwelcome among writers without access to publishing’s inner circle is disheartening for an industry that ought to be working tirelessly to be more inclusive, and it is men who have recused themselves from niceness who should be doing more of the heavy lifting.

I diverge somewhat from Gould’s account in my belief that nice is not something that you are; it is something that you do. So much emphasis is placed on intention that we neglect to see the often positive outcomes of even niceness that comes without pure intentions. When I wrote those notes to the people receiving my galleys, the impetuses really were the giddy excitement of sharing my work with peers and a belief that it would be odd not to mention it was coming. I wouldn’t weave a basket and have it sent to a colleague who likes textile crafts without explaining it; why would I do so with a book? But there have been plenty of other occasions where producing that niceness took extraordinary will power. Every day, I awaken to a fresh battle against my own swiftness to judge, my petty jealousy, a viciousness I’m occasionally impressed by but would mostly prefer to temper.

I corresponded with Gould for this piece, and she was clear that her intention was not to valorize un-niceness, but to argue that these expectations put an uneven burden on women to be likable. She said that one of the reasons she started Emily Books was because she is fairly naturally inclined to socializing, being engaged with others, and listening, and she wanted to relieve writers of that burden. Gould told me that barring a few exceptions, “writers are terrible salespeople and spokespeople, and those things shouldn’t be in the job description.”

I fear that this gives writers both too much and too little credit at once. The idea that writers are good at writing and little else perpetuates a mythology that we are special creatures whose agility with language renders us more deeply attuned to the human condition than others and therefore exempt from doing the bare minimum: answering questions in full sentences at industry events and talking about our work when we are, indeed, at work. It is the decency of returned emails and speaking to your tablemates at a party thrown to honor you. Such decency is demanded in every other profession on Earth besides being a Real Housewife or playing in the NHL, and I don’t think that just because the men in our industry eschew this in favor of offensive levels of self-regard makes it courageous or authentic in women. This decency need not be the over-indulgence of cookies or new friendships on demand, but a manifestation of that thing we are allegedly so good at: seeing the human condition and responding to it with just enough tenderness to connect but not attach.

Publishing is also an industry that selectively values a kind of swaggering authenticity that would never capitulate to demands for something so banal as being nice. But authenticity is too often a short hand for callous, aloof, or honest for the purpose of cruelty rather than truth-seeking. This version of authenticity is highly regarded primarily in white male writers, who range from moderately readable to exceptional, and in the occasional woman writer who is usually exceedingly beautiful and whom men have deigned to read and enjoy. Almost without exception, these writers are also white. “Most everyone, except conscientious objectors, the very un-astute, and people with unshakable confidence or inherited wealth, plays the game,” Gould writes, adding that these categories are almost the exclusive purview of men. I look at these categories and find nothing to envy. Of all the things to conscientiously object to, making people feel visible and valuable just doesn’t rank very highly! No confidence should be unshakeable! And if you have enough inherited wealth to make un-niceness a possibility, you are not so much a writer as a tourist in a very high-risk, low-reward immersion program.

Like Gould, I have also been called upon to spend hours engaging with readers who come far too close for comfort, have been made to “feel like the marrow is being sucked out of my bones” in the aftermath. Women in this industry should not feel duty-bound to befriend every reader who lands in our inbox or to go the extra mile for publicists we don’t know every time they ask. But I do think that writers, if they choose not to be anonymous, can and should acknowledge the labor of their colleagues who make their work possible and the readers who make their work at least potentially profitable.

It is men who should admire and emulate women’s example of listening and engaging within reason in professional contexts. When complaining of the indifference or callousness of male writers, I have often heard the defense, “He actually has a really good heart,” or, “Deep down, he’s a good guy.” But how good can someone’s goodness really be if it dwells only in their interiors, the realm of intentions rather than actions? A sweet heart is not especially useful if it is paired with a bitter tongue. It is high time we demanded that men in publishing remedy this. They can start by making the next batch of cookies.

Alana Massey is the author of All the Lives I Want, an essay collection exploring the intersection of the personal with pop culture through the lives of iconic women from music, literature, and film. Her writing on identity, culture, vice, and virtue has appeared in/on publications like NPR, NYMag, The Atlantic, The Guardian, The New Republic, The New Inquiry, BuzzFeed, VICE, and more. She enjoys books, champagne, cats, glitter, and money.
http://www.alanakm.com/books/ 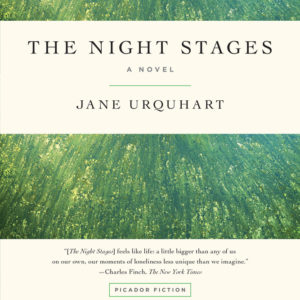 Iveragh Just after midnight she walks out the door, steps over frost-stiffened grass, and approaches the grey shape of the Vauxhall....
© LitHub
Back to top