The Ultimate Preview: The Most Recommended Books of Fall

Labor Day has come and gone, which means the end of summer Fridays, the unofficial start of Autumn, and our passage into the season of the Big Fall Novel. Everyone has an opinion about which books you should be reading in the months ahead, and recommendations are flying left and right. So where is a discerning reader to start? Well, right here, of course. I looked at 17 fall literary previews from various websites and publications to see which books were being most frequently recommended, and tallied them up below.

Of the 174 books on the whole list, only 66 got more than one recommendation—108 others were mentioned only once. By my count (acknowledging that I may not be aware of how every author on this list identifies), 92 of the 174 books were written or co-authored by female or non-binary writers, and 38 were written by people of color. There are 89 works of fiction (16 of which are story collections) and 75 works of nonfiction, in addition to 8 works of poetry, one “collection of experimental graphic scores,” and one box set of Akira.

All that isn’t particularly surprising (though I’m glad to see the gender balance). But things get pretty interesting if you just look at the top tier. Of the ten most recommended books, only one is by a white man, and that white man is Jeffrey Eugenides. The really ubiquitous books are all women and/or writers of color. Whatever else is going on on this list, that much is good news.

Overall, from the list of 174, a grand total of 62 books came from independent presses. The imprint with the most recommended books was Knopf (11), followed by Little, Brown (8). FSG and Ecco both had 7 nods, and W.W. Norton and HMH were tied with 6 each.

(Note: a few of these lists originally included books published in August; I trimmed those, because first of all, it’s already September, and second of all, August is not fall, people. I also cut off the list at the end of December, so no 2018 books. At least one list (BOMB, you arty thing) also included non-books, and I cut those too, for clarity of purpose here.)

Now, without further ado, the most popular books of the season:

The Most Recommended Fall Books:

5 mentions:
Nathan Englander, Dinner at the Center of the Earth (September)
Tom Hanks, Uncommon Type (October)
Toni Morrison, The Origin of Others (September)

The Most Important Skill I Learned at Art School: How to Bullshit 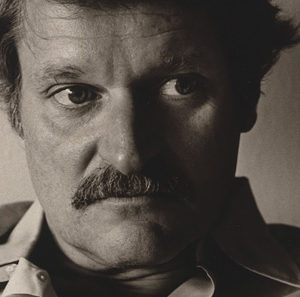