The Trickle Down Effect of Post-Truth and Lies

A Tyranny of Falsehood is Coming to America

A couple of years ago, at the KGB Bar in New York, publishers arranged a night of readings to celebrate Marek Hłasko, a midcentury Polish writer who spent decades in exile. Northern Illinois University Press had just released Hłasko’s autobiography, Beautiful Twentysomethings, New Vessel Press the 1965 novel Killing the Second Dog, and Melville House The Graveyard, a dystopia of Poland’s oppressive Communist regime.

The organizers asked me to read a passage from The Graveyard and, as I came up to the podium in the hot amber room, I chose the harrowing opening scene. The novel’s protagonist, Kowalski, a loyal Party member and war hero, sings a war ballad while walking home after a night of drinking with an old army comrade. A pair of men laugh at him and he, struck by their insolence, answers back, angrily, “You think I’m drunk or something?” Seconds later two policemen accost him and demand his papers. Seconds after that, they twist his words and accuse him of hating the police. Kowalski, naturally, thinks they are joking. “Now it’s our attitude you don’t like. But a minute ago you had the nerve to call us drunks. You’re insulting the uniform, Citizen.”

The confrontation, and the night in jail to follow, is only the nervous edge of Kowalski’s descent into the hell of untruth that was Polish life in the 1950s, a graveyard of fact, a graveyard of dignity and justice. Even reading Hłasko’s words aloud as if they were my own, the words kept their distance. They belonged to another world, not mine. The bar’s detailed Communist Party aesthetic was only irony. This lesson of history had already been learned.

Until now. Last week’s election of Donald J. Trump, a serial liar and conspiracy theorist, as President of the United States, puts the end to my privileged naïveté. A deluge of untruth is coming to America, even if Mr. Trump never deploys civil police to regulate thought (which he could). This mendacious man, who has suggested he will crack down on press freedom, would surely be dangerous in any era. He advances himself by exploiting the vulnerable and today the press is grievously weakened; undercut by social media and dubious sources (of the right and the left) that peddle false news and conspiracy, legacy newsrooms have been gutted with more cuts to come. Trump’s election is the first terrifying sign of the cost of the fragmented fourth estate. Under assault of untruth, it failed to establish and maintain a shared set of facts that would have made a reasoned vote possible. Without a shared set of facts democracy will ultimately perish.

It happens that Mr. Trump’s party is already well practiced at open falsehood. The disastrous Iraq war is a product of a blatant lie, but so is the Republican Party’s refusal to hold hearings on the Supreme Court nomination of Merrick Garland or to act to combat Global Warming. Mr. Trump as President is added cover. Already, the Speaker of the House, Wisconsin Republican Paul Ryan, has justified a proposal to privatize (and therefore destroy) Medicare, the health insurance program for elderly Americans, by asserting that Medicare is insolvent, a result of the financial burden of the Affordable Care Act. Both of these statements are false.

In this climate, who can speak for the truth? Innovative media projects, like Snopes and Politifact (which reports that Mr. Trump tells the plain truth only four percent of the time), detect and report on falsehood, but the impact of these projects is negligible. They prove no match for a man like Mr. Trump. Bloomberg News Service attempted to report falsehood in real time during the President debates, but in the climate of deceit, it turns out the debates, clearly won by Mr. Trump’s Democratic opponent, Hillary Clinton, didn’t matter. Neither the cable news channels CNN, MSNBC, and Fox News, nor national newspapers The New York Times and Washington Post have any capacity to signal falsehood in news reporting (in fact, in attempts at balance, they actively cover it over). And anyway, in a flood of untruth, what does it matter? Accusations of dishonesty destroyed Clinton but may have only helped the populist demagogue Trump.

The deeply insecure Mr. Trump thrives on falsehood and uses it to bully his opponents. When he employs lies to destabilize, undercut, and insult he is practicing a form of arbitrary power that would be familiar in Marek Hłasko’s Poland. This is the tyranny of lies.

In The Graveyard, the poor, confused Kowalski responds to the police: You’re lying! he screams. In growing despair he spends the rest of the novel trying to get someone—a work colleague, a war comrade, his own son—to corroborate the truth, but no one can. It no longer exists. Those of us expecting a reasoned discussion of the issues respond to Mr. Trump as American Kowalskis, shouting into the ether. Our faces turn red, we yell some more, but we might as well be yelling at a wall. Enduring the agony of constant bullshit, a form of repression, we become victims of tyranny. This is how, slowly, our own sense agency is already vanishing. If Mr. Trump can be elected, we have to feel, there really is nothing we can do.

A few days after the election, my daughter, Lena, noticed a tweet retweeted by a high school classmate asserting that anti-Trump protesters in Philadelphia, where we live, had killed a homeless man. The classmate had waited until after the election to reveal that she supported Mr. Trump, and now she seemed to revel in his victory by promoting the same kind of lies favored by the President-elect. Within seconds, Lena tweeted back with the Snopes entry showing the claim to be false, but she might as well have been Kowalski thinking to himself at the gate of the prison, “If only I could talk to someone sensible now.”

“I know. LOL,” came back Lena’s classmate’s reply. LOL—here we are at the nervous edge of the post-honest world.

Nathaniel Popkin is author of six books, essayist and critic, and co-editor of the anthology Who Will Speak for America?

The Sad Rush and Dark Power of Firing a Gun 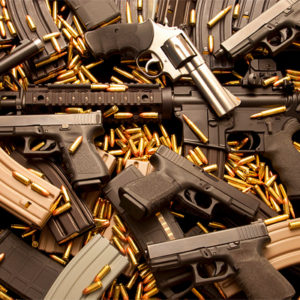 The Sad Rush and Dark Power of Firing a Gun

In the parking lot, Scott had his red cap pulled down low over his face. I could see only the shadows on his chin. We shook...
© LitHub
Back to top