It’s down to the last four. In this match-up, John Ashbery must choose between the swooning metaphors of D.H. Lawrence and the honest intimacy of James Baldwin.

Lady Chatterley’s Lover, D.H. Lawrence
He too had bared the front part of his body and she felt his naked flesh against her as he came into her. For a moment he was still inside her, turgid there and quivering. Then as he began to move, in the sudden helpless orgasm, there awoke in her new strange thrills rippling inside her. Rippling, rippling, rippling, like a flapping overlapping of soft flames, soft as feathers, running to points of brilliance, exquisite and melting her all molten inside. It was like bells rippling up and up to a culmination. She lay unconscious of the wild little cries she uttered at the last. But it was over too soon, too soon, and she could no longer force her own conclusion with her own activity. This was different, different. She could do nothing. She could no longer harden and grip for her own satisfaction upon him. She could only wait, wait and moan in spirit and she felt him withdrawing, withdrawing and contracting, coming to the terrible moment when he would slip out of her and be gone. Whilst all her womb was open and soft, and softly clamouring, like a sea anenome under the tide, clamouring for him to come in again and make fulfillment for her. She clung to him unconscious in passion, and he never quite slipped from her, and she felt the soft bud of him within her stirring, and strange rhythms flushing up into her with a strange rhythmic growing motion, swelling and swelling till it filled all her cleaving consciousness, and then began again the unspeakable motion that was not really motion, but pure deepening whirlpools of sensation swirling deeper and deeper through all her tissue and consciousness, till she was one perfect concentric fluid of feeling, and she lay there crying in unconscious inarticulate cries.

Giovanni’s Room, James Baldwin
He looked at me with his mouth open and his dark eyes very big. It was as though he had just discovered that I was an expert on bedbugs. I laughed and grabbed his head as I had done God knows how many times before, when I was playing with him or when he had annoyed me. But this time when I touched him something happened in him and in me which made this touch different from any touch either of us had ever known. And he did not resist, as he usually did, but lay where I had pulled him, against my chest. And I realized that my heart was beating in an awful way and that Joey was trembling against me and the light in the room was very bright and hot. I started to move and to make some kind of joke but Joey mumbled something and I put my head down to hear. Joey raised his head as I lowered mine and we kissed, as it were, by accident. Then, for the first time in my life, I was really aware of another person’s body, of another person’s smell. We had our arms around each other. It was like holding in my hand some rare, exhausted, nearly doomed bird which I had miraculously happened to find. I was very frightened; I am sure he was frightened too, and we shut our eyes. To remember it so clearly, so painfully tonight tells me that I have never for an instant truly forgotten it. I feel in myself now a faint, a dreadful stirring of what so overwhelmingly stirred in me then, great thirsty heat, and trembling, and tenderness so painful I thought my heart would burst. But out of this astounding, intolerable pain came joy; we gave each other joy that night. It seemed, then, that a lifetime would not be long enough for me to act with Joey the act of love.

The Lawrence passage is ridden with embarrassing clichés: “She could only wait, wait and moan in spirit and she felt him withdrawing, withdrawing and contracting, coming to the terrible moment when he would slip out of her and be gone. Whilst all her womb was open and soft, and softly clamouring, like a sea anenome under the tide, clamouring for him to come in again and make fulfillment for her.” As the Village Voice columnist Michael Musto once wrote: “You had me at ‘whilst.’”

But Baldwin writes: “It was as though he had just discovered that I was an expert on bedbugs.”  No “deepening whirlpools of sensation swirling deeper and deeper (Lawrence),” just things as they happen, “another person’s body, […] another person’s smell.” In other words, chances are this really happened.

Rob Spillman on Craving Danger and Writing the Past 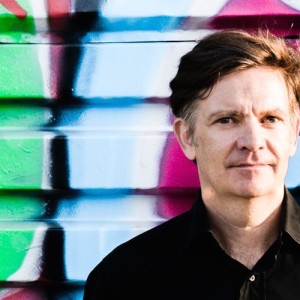 Rob Spillman on Craving Danger and Writing the Past “I never wanted anything more than this feeling of jumping into a dark abyss and not knowing if I would be able to escape,”...
© LitHub
Back to top