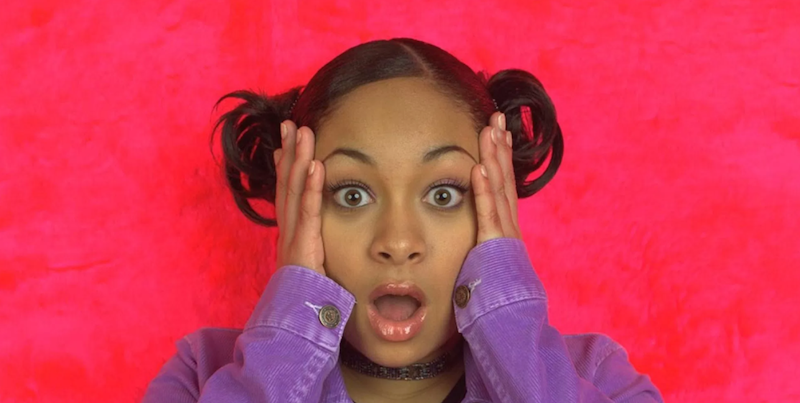 The Time I Wrote a Sitcom For Disney

Susan Sherman on the Transition from That's So Raven to Novels

When I recently heard that Raven Symoné would be reprising her role on a spinoff of the sitcom That’s So Raven, I thought it was some kind of mistake. After I went online to verify and found that it was true, I had little choice but to make myself a cup of chai with foamed milk and sit down to calm my beating heart. If you’re a millennial—or even a baby boomer with grown kids—you’ll probably remember Raven, her best friend Chelsea, her obnoxious little brother Cory, and perhaps one or two wacky episodes. I’ll bet you’ll remember more about the show than I do, and I created it.

Cue the dreamy way-back-when music, the wavy picture, and the calendar pages flying away: 2015, 2010, 2000. Here we are in 1999, and I’m working on an ill-fated NBC sitcom. I’m the nerd in the writers’ room, the weird, awkward girl no one wants to sit next to. I’m ten years older than anyone else, although they don’t know it. I carefully avoid the subject of age, ignore it, or, as a last resort, lie outright about it. Age is a killer in TV, and I have the disease.

The writers’ room is full of young, hip stand-up comedians, all competing for points on the board—jokes and lines that end up in the script. I’m not good at getting points on the board. Although I have good ideas, I’m too shy to pitch them. However, I have a secret weapon: a writing partner whom everyone loves. If I’m the nerd in the room, she’s the popular girl. She calls our male counterparts “boys” and nearly everything she says comes across as an innuendo.

Eventually, she tires of carrying me on her back. She says I’m not cut out to be a TV writer, and she’s probably right. She points out that I like dogs and suggests that I think about becoming a dog walker. I do like dogs—love them, in fact, and a week later I have a name: Hot Diggity Dog Walker. I have cards printed up. I invest in leashes and a carton of poop bags.

Perhaps I’m acting a trifle impulsively. Perhaps I need to step back for a moment and think about my career trajectory. I consider staying in TV, but leaving prime time to seek a kinder, more supportive environment in children’s programing. My agent gets me a meeting at the Disney Channel. While I’m waiting in the lobby to meet with a programing executive, I look around at the dancing bears on the screens that ring the room, at the cardboard cutouts of turtles and talking rabbits, Tigger and Pooh, and I think, Yes, I can do this. This is where I belong.

A young woman in stilettos and a very white blouse emerges from the inner offices to offer me a bottle of water. This is de rigueur for network meetings; I have a shelf devoted to water bottles in my refrigerator. She takes me into an office where I meet the network executive, the keeper of the gate, the way into the Magic Kingdom. He leaps up from behind a desk littered with toys to shake my hand. He seems glad to see me, a fugitive from primetime. In a few years the Channel will be populated by many fugitives from primetime, but in the late 90s, this was a nascent trend. He, too, offers me a bottle of water, and we get down to business.

I pitch him an idea that came to me the night before as I was writing an ad for Hot Diggity Dog Walker. It’s a buddy comedy loosely inspired by Romy and Michelle’s High School Reunion about two best friends, one of whom thinks she’s psychic but isn’t. He likes it, especially the buddy comedy aspect. But as he points out, “At the Channel, we like to see real powers.” So I give him real powers. I tell him we’ll make her a real psychic. He tells me to go write it up. I make noises to the affirmative, but I don’t think he’s serious, just being nice. So, instead I go home and accompany my dog walking mentor on her rounds. She calls it “training” and charges me an hourly fee.

Three weeks later, the executive calls me to say he really is interested in the idea and that I should write a proposal. So fueled by adrenalin and sleepless nights, I put together a brief overview of the show including the world and the characters. One encouraging phone call later, I’m writing a full-blown pitch complete with character descriptions of the girls, their friends and family, and a teacher or two. I include a thumbnail sketch of the pilot episode embellished with hyperbole, clichés, and promises of heart and hilarity. A few weeks after that, Disney orders an outline of the pilot script—a description of the scenes, detailed, but not too detailed, frothy and frisky. Next comes an order for the script, and now all I have to do is deliver more froth.

Pilot scripts have rules, and they are not fun to write. They say start a pilot in the third episode, so I do my best to beat out a story without too much exposition. Relationships are already established when the show opens. Best friends have a history. The world is in place.

They say appeal to the demographics. Since we already have girls, I invent a little brother to whom boys can relate. I make the parents kind and supportive, the mother competent, the father quirky in a Disney sort of way. I am careful not to make the script too jokey. I tell myself that humor comes out of situation and character, like on Seinfeld. But I am not writing Seinfeld. I am writing a Disney Channel Original Series.

Casting in children’s programming is particularly painful because the kids arrive full of hope, script in hand, lines memorized. The will is there, but generally, the talent isn’t. My team auditions them in waves of ten. We are the villains, crushing their tender hopes and dreams with abandon. I’m considerate in the auditions, but the moment they leave I toss their head shots into the can and cross their names off the list. The list grows longer, and now everyone is getting nervous. We’re running out of options. Shows rise and fall on casting, and we’ve come up with nothing. We’re grasping at any glimmer of talent. Then, early on a Friday evening, Raven Symoné walks through the door, and we have a series.

All this angst could have been avoided if I had even a smidgen of Raven’s psychic powers. I would have seen the pilot script I eventually turned in and avoided the late nights and perhaps even the bronchitis. I might have even seen my eventual escape from the soul-sucking grind of television, my first novel, and a life far, far, away from Hollywood.

Yes, I might avoided angst, but I would’ve missed the good parts too. I learned a lot about writing on the show, about creating characters that live and breathe, about crafting a story, and writing believable dialogue. And, I would’ve missed the camaraderie in the writing room, the late night fall-on-the-floor laughter, the thrill of putting on a show in front of an audience, and, of course, the nearly endless supply of water bottles.

Susan Sherman is the author of The Little Russian and If You Are There. She is the former Chair of the Art Department of Whittier College and the co-creator of one of the most successful television shows for children in the history of the Disney Network. Learn more at susanshermanauthor.com. 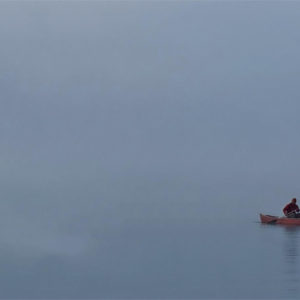