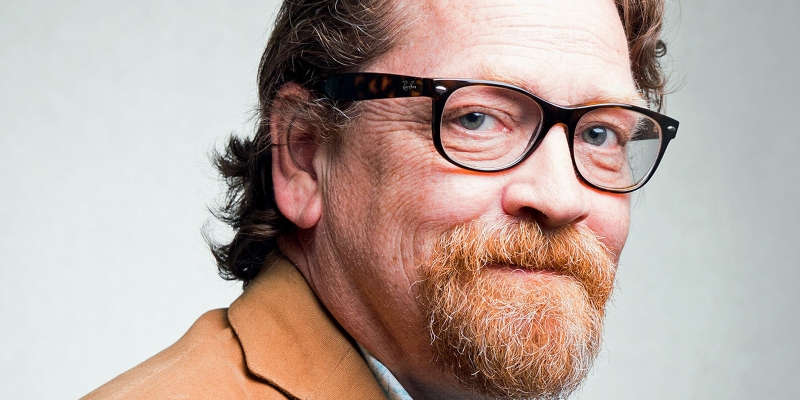 Fiction writer Dan Chaon joins Fiction/Non/Fiction hosts V.V. Ganeshananthan and Whitney Terrell to discuss the fate of Twitter and social media in the aftermath of Elon Musk’s $44 billion purchase of the platform. Chaon says Twitter is not a “public square,” it’s a business, and talks about how much we really own our online identities in light of that. He also reads from and discusses his Atlantic article, “The Story of My Imposters,” about a fake website purporting to be his, as well as his latest novel, Sleepwalk, which features characters trying to stay off the grid—and to discern each other’s true identities.

Whitney Terrell: Elon Musk recently purchased Twitter for $44 billion—much, much more than he probably would have needed to pay if he had been smarter about it. And Twitter, which was once a public company with shareholders and regulated financial statements, is now a private company, with no shareholders and regulated financial statements and no obligation to disclose those things. How does this change what Twitter is?

Dan Chaon: Well, I don’t think we know yet. But so far, we’ve seen that now that it’s a private company, it is ruled by an overlord. And we are sort of subject to his various whims. I mean, he started out saying, “Comedy is now allowed on Twitter.” And then when people started making fun of him, he sort of backtracked on that.

WT: Because didn’t he also then ban parody accounts of himself? He is on a rampage since he bought this thing! Every day, something crazy happens.

DC: Well yeah, I guess he’s the latest stable genius [laughter] who’s out there just trying whatever suits his whim. And I guess that’s how we live now.

V.V. Ganeshananthan: We’re taping this on November 11, which is a Friday, and this show is going to come out next Thursday. And who knows what on Earth will have happened by then. But about five days ago, he tweeted, “Twitter needs to become by far the most accurate source of information about the world. That’s our mission.” Is this possible? And is it possible for him? And is it even desirable?

DC: I guess the question is what accuracy means. That’s become increasingly a problem. We’re not just divided by political beliefs, we’re divided by actual beliefs about the world. And that doesn’t seem to be changing, that seems to be getting worse. So the question is, who is the arbiter of accuracy?

VVG: And he was sort of debating this. I saw an exchange between him and someone where he said, “That’s what’s wrong with you. You think because you’re a journalist, you’re the only source of information.” And the person actually wasn’t a journalist. It seems like he, in his mind—an interiority I cannot really comprehend at all—he thinks that he’s democratizing the verification.

DC: Right. But at the same time he’s one of the people who’s spreading disinformation. I mean the Paul Pelosi thing or, previously, his attack on that Thai guy who he said was a pedophile with really no evidence. He’s not the best person to make these decisions. He really, really needs a board of directors who could say, “You know what? Elon, stand in the corner for a while.” But I don’t think there is such a person—

WT: That happens sometimes—not as much—but with Tesla, it does. That is a public company, and he does still have the obligation to shareholders and things like that. So this is really changing.

I just want to expand the Paul Pelosi thing—we talked about that in our last episode. He retweeted a false story about Paul Pelosi that came from a very disreputable publication. If the head of the entire Twitter platform is… what is even the right word? He’s just un-careful. He doesn’t really care what he’s doing. He also has no training as a journalist and seems to not understand what rules journalists use to make things factual, like double verification. There are real things that journalists do to try to be accurate.

DC: It does give one pause about how things are going to go with his Mars colony.

VVG: Also, just the notion that truth and monetary value are linked… For journalists, it’s the earliest bit of your training that these things are not aligned. You might follow the money to find the truth. But that’s not this version. He seems to think that the truth is something that can be bought and sold.

DC: I mean, history tells us that’s kind of true.

WT: He’s not unlike William Randolph Hearst or somebody like that. We had these very wealthy owners of newspapers who ran whatever the hell they wanted in their newspapers.

WT: But that’s not the same as being the most accurate source of information about the world.

DC: No. I think the struggle all along, even when Jack Dorsey was running it, has been: what is dangerous? What is the Twitter equivalent of yelling fire in a crowded theater? And to what extent can we restrict people from saying racist or homophobic or just misinformed things? I mean, the way the Paul Pelosi story spread is a good example of that. Every day the old Twitter was struggling to find a balance. People were unhappy that certain very vocal politicians got banned for life from that platform. But there were good reasons, I think, for that to happen. Reasons of actual people’s sense of security. And, I mean, national security.

WT: That’s where I think some of Elon Musk’s desire to buy Twitter was, in part. It felt like he wanted to do it because he felt like Twitter had been suppressing those exact voices or voices that, in his mind, were maybe more right leaning or independent. But really what we’re talking about—the thing that people started getting mad about—is getting banned for lying about COVID.

DC: And for lying about the election.

WT: And for lying about the election, right. And that really is the key issue here. That is somehow getting subsumed in Elon Musk’s, “I want this to be a freer place.” Really, what’s he complaining about?

DC: He got it. He has a fake Chiquita Banana account tweeting that they have overthrown the government of Brazil. And the real Chiquita Banana is like, “No… we didn’t, actually…” I think advertisers are going to be fleeing in droves. Because if they can’t protect their brand, there’s no reason for them to be on Twitter. There’s no reason for them to do anything except sue.

VVG: One of the stories I just saw was about advertisers who are already fleeing Twitter, and he’s trying to have a meeting with them. Maybe he’s already had it between the time I read that story and now. He was threatening to publicly name and shame those companies as though the people who are on his side will then boycott those advertisers for not hanging in there with them. It’s interesting because we’re talking about freedom of speech and security of body and then also something else. And all of this exists in this liminal space where… yelling fire in a crowded theater is a great way to think about it. We just basically don’t have a way to talk about that. We don’t have good language for it, and we don’t have rules. We have all this public communication infrastructure—like Twitter, Facebook, YouTube, and TikTok—that are not, of course, public utilities. And then there are some cities where there are things like broadband access that’s going to be a publicly provided resource. Social media is all stuff that started with startups in private hands, even if they were companies that eventually went public. So how do we think about this stuff in relation to the sorts of things that are publicly provided? If this is a public square, why should Elon Musk or Mark Zuckerberg be owning that?

• Sleepwalk • Ill Will • Stay Awake • Await Your Reply • Among the Missing • “The Story of My Imposters,” The Atlantic 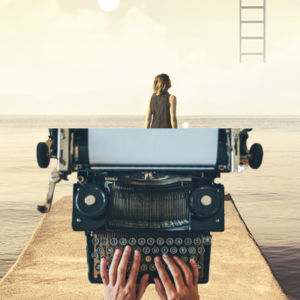 Welcome to Life Advice for Book Lovers, Lit Hub’s advice column. You tell me what’s eating you in an email to deardorothea@lithub.com...
© LitHub
Back to top