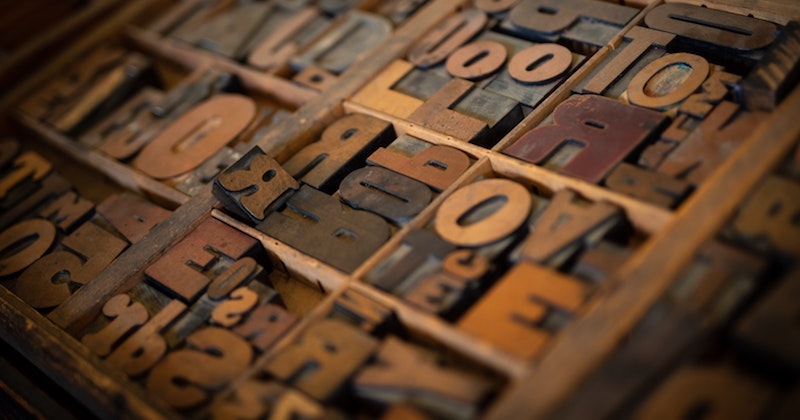 The Syntax of Belonging: On the Profound Connection Between Identity and Language

Pardis Mahdavi Considers the Evolution of Words and Hyphenate Identities

I decided to write my new book, Hyphen, after years of struggling to find belonging. I’m a hyphenated American. Iranian-American to be exact. And for much of my life, I tried to fit on one side of the hyphen or the other. But I failed over and over again. I was too Iranian in America, too American in Iran.

And then in 2007 I was kicked out of my ancestral homeland of Iran after writing a book about sexual politics in the Islamic Republic. I was stripped of my citizenship, told never to return.

Almost ten years later, as the Trump presidency loomed, I found myself faced with the possibility of being kicked out of my birth home—America. As the former president enacted what would later be called the “Muslim ban” and talked about invading Iran, my daughter came home from school one day and told me that a student in her first-grade class had informed her that once Trump was president that she and her family would be sent home. “But where would we go?” she asked me.

I walked to the small whiteboard easel that we kept in her room. I wrote the following sentence: “We are proud Iranian-Americans.” At that moment, my then five-year-old son walked in. He circled the hyphen between the two words. “What is that line?” he asked me. “It’s in my last name, too.”

It took being kicked out of my ancestral homeland and threatened with losing my right to live in my home to wrap my limbs around the hyphen. And as I did so, I learned about the quiet power of grammar, language, and orthography. This led me down a journey of reading books that look at the connections between identity and language. Not only are the two intertwined, but they produce and refine one another.

Here is a list of my favorite books that explore how language can unite or divide us. A group of books that touch on questions of identity and belonging through the words, grammatical marks, and syntax we use. 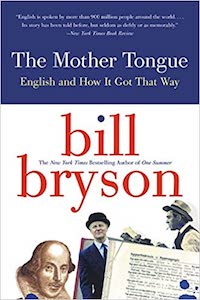 Bill Bryson, The Mother Tongue: English and How It Got That Way

How did English become one of the world’s most spoken languages? Bryson tells this tale beginning with biology—how the larynx settles in the throats of humans—and journeying into the story of the versatility of the English language. It is a fun and most entertaining read on the history of the English language as well as the commonalities between languages around the world. Moving from syntax to communication, Bryson asks us to re-think every sound that escapes our lips from a historical and scientific perspective. 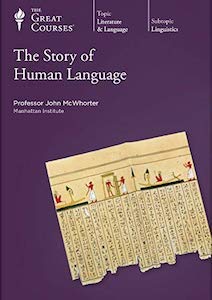 McWhorter challenges our assumptions about what language does. He attributes shifts in language to governments, wars, and culture—but argues that everyday speakers play a larger role in shaping language than hegemonic powers. He particularly notes that language is always more than words; it also comprises the grammar we use in order to express the subtleties of thought. The book is a geographic and temporal journey through the evolution of language. 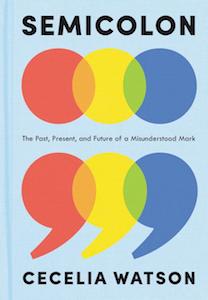 Cecelia Watson, Semicolon: The Past, Present, and Future of a Misunderstood Mark

When I began writing about the hyphen, I was convinced it was the mightiest, and most understated, orthographic mark in the history of language. I was wrong. Watson quickly points out that the story of the semicolon is far more riddled with vicissitudes. With a deep dedication to the politics and controversy of this orthographic mark, she tracks the journey of the semicolon, from its invention in Venice in 1494 by Aldus Manutius—a printer and publisher—to its controversial insertion into an 1837 text at the University of Paris law school, which ended in an actual duel. Watson also dives fearlessly into the modern-day controversy of the use of the semicolon to suture two independent clauses that could function as sentences on their own. But, like the mighty hyphen, the semicolon serves to signal belonging—revealing the quiet power of a tiny mark of ink. 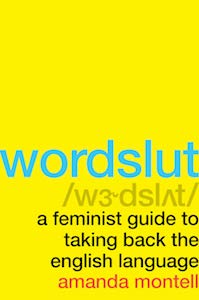 Amanda Montell, Wordslut: A Feminist Guide to Taking Back the English Language

Montell identifies as a feminist linguist (love this title!) and is also a staff and features editor at an online beauty and health magazine called Byrdie.com. The book, which she describes as a “verbal attack on the patriarchy,” makes a promise: “by the end of this book, you’ll have all the nerdy know-how you need to sound like the sharpest word ninja in the room.” Her aim is to give her feminist readers both a deeper understanding of the patriarchal undertones of the English language and equip us with new words, phrases, and tools to liberate ourselves. 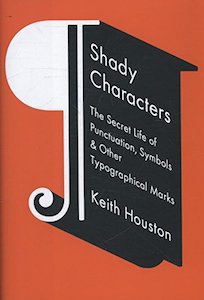 Shady Characters tells the story of grammar and grammatical marks from the perspective of those who invented, defined, and shaped them. Houston introduced me to my favorite hyphen inventor—Dionysis Thrax—and his ancient Greek mentors, who came up with the semicolon. Houston follows these characters throughout history, helping us understand and appreciate the immense power of orthography in shaping identity and syntax today. 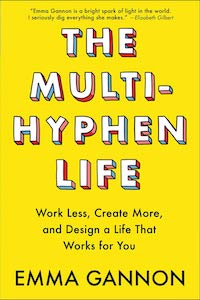 Emma Gannon, The Multi-Hyphen Life: Work Less, Create More, and Design a Life That Works for You

Gannon makes a powerful case for embracing what she calls the “multi-hyphen life.” By this, she means that individuals today should forge new identities that are not defined by just one career, motivation, or creative process. She introduces us to a number of people she refers to as multi-hyphenates. My favorite of these is Jayne, who describes herself as “a creative director-writer-social media manager-photo editor-illustrator.” We also meet Alyssa, who, though she doesn’t use as many hyphens in her self-description, identifies as a “director of operations for an independent publishing company, lead hostess at a local fine dining Italian restaurant, coordinator for several businesses, and blogger.” The gist of the book is that a person can be a multi-hyphenate by embracing the many parts of their identity and defining themselves on their own terms. 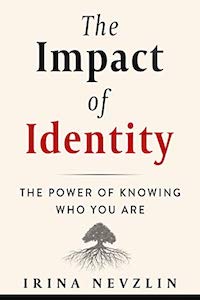 Irina Nevzlin, The Impact of Identity: The Power of Knowing Who You Are

This book starts on a striking note: “I was born in a country that does not exist anymore.” The narrator of this first passage is Nevzlin’s father, a Russian-Jew, whose exploration for self-identity was hampered until he left the U.S.S.R. Nevzlin, heavily influenced by her father’s journey, was inspired to write this book, which focuses on movement and migration, as part of her own search for belonging. While McWhorter talks about the way language changes through migration, Nevzlin tracks changes in identity in and through migration. The fusion of these two books centers the role not only of mobility, but of immigrants in producing changes to both language and culture. 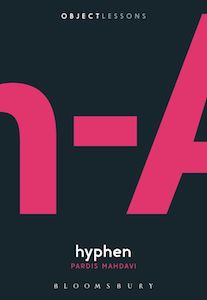 Hyphen is available from Bloomsbury Academic. Copyright © 2021 by Pardis Mahdavi.

Pardis Mahdavi is Dean of Social Sciences in The College of Liberal Arts and Sciences and a Professor in the School of Social Transformation at Arizona State University, USA. She is a non-fiction writer with 20 years of experience as an anthropologist, public health researcher, and expert in sexual politics across the globe. She is the author of six books, including, most recently, Hyphen, as well as the first book on sexual politics of modern Iran, Passionate Uprisings: Iran's Sexual Revolution.

Talia Lakshmi Kolluri on Exploring the Mixed-Race Experience Through Literature 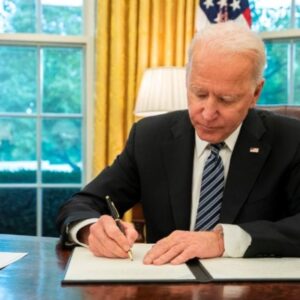