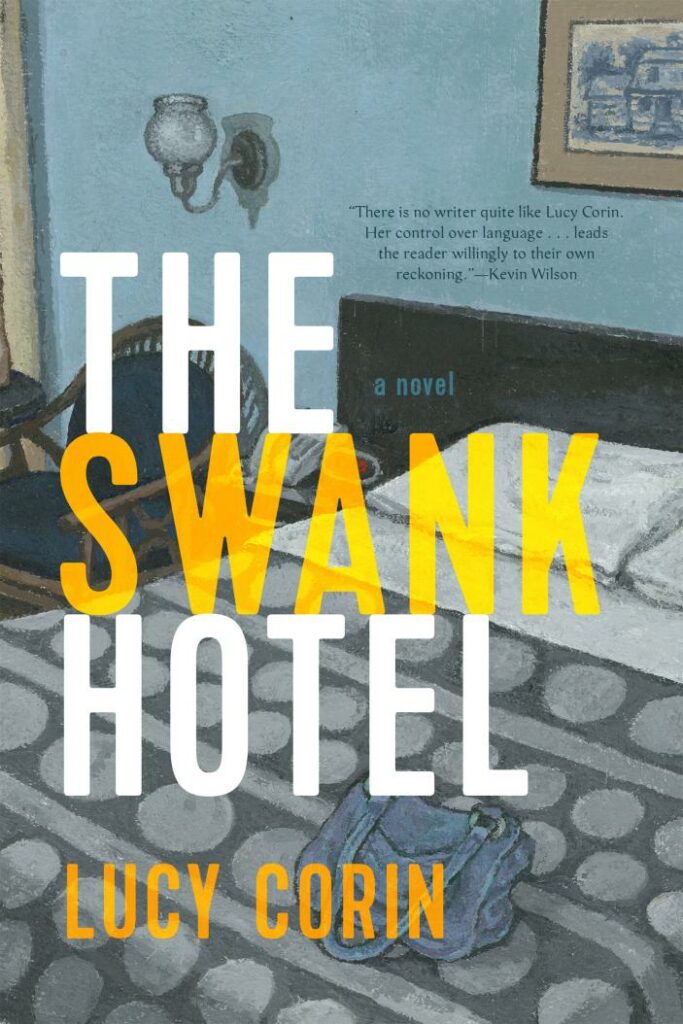 The following is excerpted from Lucy Corin’s novel, The Swank Hotel. Lucy Corin is the author, most recently, of One Hundred Apocalypses and Other Apocalypses. She is the recipient of an American Academy of Arts and Letters Rome Prize and a National Endowment for the Arts Literature Fellowship. She lives in Berkeley, California.

In the aftermath of 9/11, four or five apartments before the salary and the house, on a green princess extension with a light-up dial, Em got the first of many phone calls deep in the night about her sister being dropped at a psych ward across the country. This one from a pack of freaked-out friends. It was raining. Em’s answering machine didn’t know how to cut off if you picked up too late and she was always picking up too late. So at first, she was listening to her outgoing message overlapping with the voices of the friends. The problem with saying first is that it suggests a clean break between before and after when there isn’t one, and nobody likes a cheat, nobody likes a liar. Not her literal thoughts—more the ethos of the time sliding into her.

Em sat up in bed and pressed the good, solid mouthpiece to her face. The cord bounced happily between the nightstand and the mattress. Sheets wound her in a nest. The air felt particulate, her whole body alert. She listened to Ad’s friends through the rain and the machine, walls and states away, heard her own voice saying, “Please leave a message” because she’d never gone in for elaborate personalized greetings like your favorite song garbled, a dog getting scolded in the background, anxious insistence on screening calls, imagining hoodlums marking an empty house.

One friend spoke into the phone. Other friends talked in the background. They’d all gone to art school together, and now they’d piled into studio apartments in Los Angeles, trying to make something happen. Em’s knee was illuminated by her bedside lamp. It might have been raining both out her window and on the friends, who seemed to be calling from a pay phone. They seemed to have been piled in a car and pulled over to call on their way home from dropping her. “I think you better come out here,” the friend said. “I don’t even want to say the shit she’s saying. I don’t even want to say what she thinks. Is there, I mean, like any serious abuse in her history? Like however bad you can imagine? God, never mind, you don’t have to answer that. But I don’t think your mom and dad should come.” The friend gave the phone to another friend, who said, “She doesn’t seem to think anything about you. She’s still, What do you mean? She’s my sister.”

“Couldn’t it be art, though?” Em remembered asking the main friend on the phone, who it looked like was really going to make it as a real artist. Was already getting big.

“It’s not art,” the friend said. “I tried believing that. It seemed like that for a while but it’s just not.” One time Ad had been so missing that their mother hired a private eye.

Em had thought, wait a sec, that’s a real job?

It’s true. She must have assumed TV made up private eyes. Sometimes Em wore contacts and sometimes she wore glasses.

This was for myopia. Sometimes she’d walk around the house with her eyes naked just to feel free in the eyes for a while. She had dark brown hair, lightly freckled white-person skin, pretty good cheekbones.

Psychosis doesn’t come from nowhere in the night, there’s history, but so many people know so much history and still never see it coming, or when it comes it doesn’t matter that they know it, they can hardly believe it, and even if they believe it, it’s just different when it happens to you. Ad’s madness was the contemporary kind with revolving institutional doors, impossible decisions, decisions that don’t matter, troubling psychiatric practice, troubling pharma, Kendra’s Law in the rubble of Ronald Reagan. What followed this first call was a variety of therapies and psych wards over the years that followed. A fuckload of failed drugs and diagnoses. For Em, a barrage of new information forming a new vast unknown sloshed like water in an ice tray, a lot spilling over. Over time, she’d come to put a single beautiful cube in her drink, and she’d function to the music of the clinks like a drunk, putting every effort into not losing track of her glass because the brain, keeping track of a glass, has a job within its capacities. Now we have our first black president, maybe some things would be more okay. Em did think that, in so many words, along with a lot of people. She had a good job that she went to, good like a step up from other jobs. Like steady. Wake up and it’s still lying next to you.

It sometimes occurred to Em when she thought about the night on the phone in the bed in the nest with the freaked-out friends in the rain, that Osama bin Laden remained missing. He was on the loose. It’s important to remember that people aren’t legally missing if they might want to be missing, and people are missing all the time but are not on the news. “Hey,” you say on the phone, “I was just cleaning the kitchen, thought I’d call—” Then, once cell phones, multiplied: “Hey, I’m at the airport, in a car, at the store, on a mountain, up a tree, thought I’d call—” Everyone just taking and taking everyone’s word for it because who really knows where anyone is. There was a bar near the house where Em and Ad grew up called He’s Not Here that they wouldn’t go to even in high school because it was sexist. Deep in the suddenly ubiquitous cell phones, beyond what any consumer knew, burbled nascent, inaccessible, morally ambiguous tracking functions. Someone called Dodd Frank was doing something with offshore accounts.

Em waited for news. She listened to the news on the radio. She let it be atmospheric, but sometimes voices or ideas would surface, take shape.

Excerpted from The Swank Hotel by Lucy Corin. Reprinted with permission of the publisher, Graywolf Press. Copyright © by Lucy Corin.

Anne-Marie Slaughter on Radical Honesty as a Key to Growth 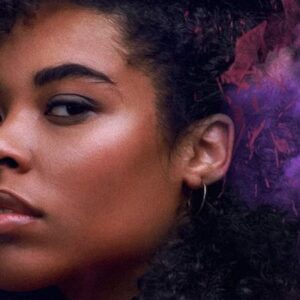 White Smoke by Tiffany D. Jackson, Read by Marcella Cox Every Monday through Friday, AudioFile’s editors recommend the best in audiobook listening. We keep our daily episodes...
© LitHub
Back to top