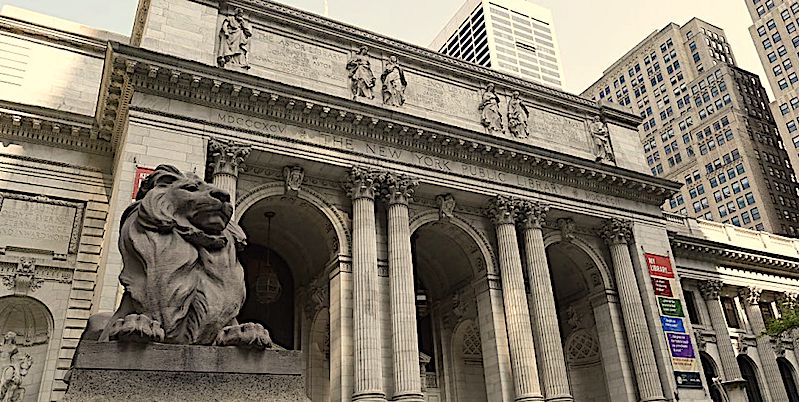 The Strangest Questions Ever Asked of New York City Librarians

Is It True There's No Such Thing as a Stupid Question?

The New York Public Library’s mission is to provide free access to information and resources. Generations of students, job seekers, scholars, and a curious public have come to the Library’s 92 branches, including four research centers across three boroughs (Manhattan, the Bronx, and Staten Island) to access NYPL’s vast collections and to take advantage of its librarians’ expertise.

The questions posed below are selected from a cache of those written on file cards between the 1940s and the late 1980s, as far as we can tell from the dates on each card. When the staff of the Library discovered them a few years ago in a small gray file box, they inspired awe, laughter, and, most importantly, the box provided a snapshot of the interests of people coming into the Library. Some clearly reflect the times and particular concerns of the day while others could just as well be asked of NYPL—or Google—today.

Since The New York Public Library opened its doors in 1895, its librarians have been greeted with an unending stream of questions. The people of New York City—and beyond—have a voracious appetite for knowledge and, for more than 100 years, the Library is where they have come for answers. In the 1920s, staff provided instructions on how to shear camels and directed patrons to prints illustrating 14th-century corsets. In 1956, a schoolteacher phoned to learn the signatories to the 1888 Suez Treaty. The Library’s highly trained staff has even sought an answer to what makes mud stick together.

Providing these answers can be a time-consuming endeavor. To meet growing demand, the Library started the Telephone Reference service in 1968. This later became “Ask NYPL” with email service added in  1996.  In September 1999 the Library developed a website that would allow online visitors to, “submit questions to librarians via an online form [and] . . . browse and search through the archive of questions and answers.” Ask NYPL staff developed its own question software with Ask Librarians Online, on November 6th, 2000.

Currently, the service is administered principally by a dedicated staff of 12 (with modest assistance from librarians throughout NYPL). A chat service is staffed by NYPL librarians Monday through Saturday from 9 a.m. to 6 p.m. These chats are generally brief and the questions asked are usually of a directional or referral nature. In July 2017, the Library transitioned to platforms that allowed the team to also answer questions via Twitter and Facebook.

Despite the myriad ways, online and off, that exist today to search for answers and guidance, the Library’s resources are more popular than ever.

Can you give me the name of a book that dramatizes bedbugs? (1944)

We have not found any books that dramatize the lowly bedbug. Bedbugs, though traumatic to many who encounter them, are rather undramatic insects. They quietly drink blood, leaving itchy bites on their victims, but are not known to transmit or spread disease. They are certain to make one uneasy though. One would like to think that, in Melville’s Moby-Dick, Ishmael and Queequeg take turns harpooning bedbugs, but as we know, they turned their attention to a certain whale.

When one travels west in the U.S. and crosses the desert, does one cross on camels? (1946)

If the United States Army had their way perhaps. According to an entry in The New Encyclopedia of the American West, in 1855 the U.S. Army held about 75 camels at Camp Verde, Texas. Secretary of War Jefferson Davis thought they would serve as good pack trains and he was right. The experiment however did not gain much popularity and by the time the Civil War began the project was abandoned. Want to read more on the topic? NYPL has the following in our collection: Three Caravans to Yuma: The Untold Story of Bactrian Camels in Western America, by Harlan D. Fowler.

Well, the eastern bluebird sings whenever it is motivated to. Most often, males are motivated by seeing nice female bluebirds they want to court, or seeing them laying eggs (at which time they sing softly, which is sweet). Females are motivated to sing more rarely, but may do so when they see predators.

You can hear their recorded song at the website of the Cornell Lab of Ornithology and learn more through Vassar College’s page as well.

When writing to a sailor, should one always spell the word “weigh” as in “Anchors Aweigh” out of courtesy, even when it is usually spelled “way”? (1945)

While the Library carries books on etiquette (Emily Post, Amy Vanderbilt, Judith Martin, aka, Miss Manners, etc.), and books on the ways and manners of mariners (To Swear Like a Sailor: Maritime Culture in America, 1750–1850, by Paul A. Gilje, 2016), we don’t see any sources that describe what, if any, special conventions should be adhered to when corresponding with a sailor and using the word “way.” If you are a scrim-shaw enthusiast, you could send a message on that or you could just enclose your message in corked bottle because any “weigh” you do it should be fine.

The Bible fails to identify the varietal type of fruit, noting only that it was “seeded.” (It is depicted as a pomegranate and not an apple in all early representations.) The actual type of apple, however, is irrelevant to understanding the parable. The fruit symbolized the knowledge of good and evil. In this librarian’s opinion, that sounds sinfully delicious.

According to librarian Barbara Thomas at the Graduate School of Applied Linguistics,  “Rules of pronunciation are that if a syllable is open (ending in a vowel), it is pronounced as a long vowel. Siuol would be divided into three syllables: si / u / ol. The first two syllables would be long and the last short, since it is followed by a consonant. So the pronunciation would sound like see’-oo-ǝl with the accent on the first syllable and the final syllable being more like the schwa of an unaccented, short vowel.”

May we suggest something? You’re the author, of course, but perhaps you might consider a simpler name for your character? Like Fred? Fred’s a good name.

Do you have any inspirational material on grass and lawns? (1955)

Well, you could start with Whitman’s American masterpiece Leaves of Grass while you wait for The Lawn Bible to arrive. The American Lawn by Georges Teyssot (Princeton Architectural Press, 1999) examines the place of the lawn in America’s cultural landscape, exploring it through historical, artistic, literary, and political contexts and “situating it on the boundary between utopian ideal and dystopian nightmare.” For practical advice, perhaps The Lawn Bible by David Mellor (Hachette Books, 2003) offers some inspiration on how to cultivate and maintain a lawn like a master groundskeeper.

Isn’t there somebody who can answer my questions without having to look in a book? (1960)

The Oracle! Dictionaries define the Oracle of Delphi in Greek mythology as the place (Apollo’s Temple) where a priestess supposedly delivered messages from Apollo to those who sought advice. Like this answer may seem, the messages were usually obscure or ambiguous. In reality, no—there is not a person such as you seek. Here at the NYPL, we value books, but we’ll let Patti Smith further answer this question with her own words as she accepted the National Book Award: “I’ve always loved books, all my life . . . there’s nothing more beautiful than the book, the paper, the font, the cloth, there is nothing in our material world more beautiful than the book.” Any other questions? 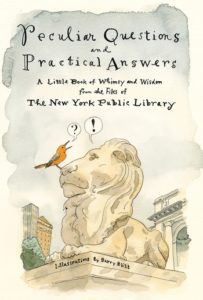 The New York Public Library is a free provider of education and information for the people of New York and beyond. With 92 locations—including research and branch libraries—throughout the Bronx, Manhattan, and Staten Island, the Library offers free materials, computer access, classes, exhibitions, programming and more to everyone from toddlers to scholars, and has seen record numbers of attendance and circulation in recent years. The New York Public Library serves more than 17 million patrons who come through its doors annually and millions more around the globe who use its resources on their website. To offer this wide array of free programming, The New York Public Library relies on both public and private funding. Learn more about how to support on their website. 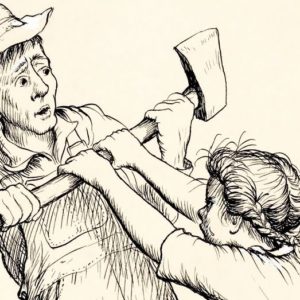 Charlotte’s Web is one of those children’s books that elicits nostalgia well into adulthood, a timelessness undoubtedly...
© LitHub
Back to top
Loading Comments...