Panashe Chigumadzi on the Woman Who Would Become Her Grandmother

The struggles over history are complex, because the present continuously slips into the past, marking history as always ambivalent, incomplete, a work in progress. When we pick apart linear histories of cause and effect, we are bound to discover that history doesn’t march forward in a straight line of progress. Instead, history is like water—it lives between us, and comes to us in waves. At times, still and unobtrusive, and, at other times turbulent and threatening. Even at its most innocuous, water poses hidden dangers, enclosing contested histories, and so we are always living in the tension between water’s tranquillity and its tumult. When we walk along the water’s edge, it’s easy to take for granted the complex process of how that water reached our feet, to overlook what is washed away, what alters and what holds in the sands of time. It is an openness to history as a series of waves, always moving, always in a state of flux, always a site of discovery in the past, present and future, and not as stable, foreclosed, frozen in the past, that is most troubling to nationalist agendas because it is too difficult to control.

In the midst of these moving waves, quite far from the sturdy surface of Sekuru Dzumbira’s granite boulders, the history that I am trying to craft begins with a moment etched on a surface that is man-made and far more flimsy. Perhaps less because of the surface’s fragility and more because of the dislocations and disjunctures across generations and space, this is a history that begins in loss.

The unsteady surface is, or rather, was, a studio photograph of Mbuya Lilian Chigumadzi as a young woman. I don’t know whether it still exists. As a school child, this photograph was entrusted in my possession. I subsequently lost it, having, ironically used it for a school project on family history. In it, she stands graceful, composed, sexy even. Her weight on her left leg, right hip slightly tilted. A white cotton dress stark against her dark skin, stretching a little over a rounded tummy and slim hips. A conical head wrap, the kind worn by Miriam Makeba, crowns her head. Lips part, revealing a cheeky gap to swallow the world. She doesn’t smile, nothing gratuitous here. Her eyes wide, she meets my gaze, demanding that I bear witness.

Her statement, if I hear her correctly: Un-bought and un-based. Just arrived in Umtali: with no young man preparing to persuade any uncles for cattle he had not yet worked to own; no white family with dirty kitchens and children who need cleaning and raising. Alone, unburdened, unattached, only Belonging to Herself.

Or so, in my imagining.

I look again. I sometimes see, in this black and white photo, something else. The photograph appeared to have been taken in the 1960s; she would have been around my age, her early twenties. A black and white photo with contrasts softened by years of the sun, her future receding into the monotony of her work, only for little sparks of them to be dulled by the weight of everyone else’s future but her own. I sometimes see in her statement, the one she demands I bear witness to, an epitaph that life has taught me: sometimes, dreams are colder than death.

I have always felt profoundly sad about my childish negligence, because, to my knowledge, this was the only individual portrait taken of my grandmother for at least a few decades. Perhaps this is what I loved the most about that picture: that she was alone. That in that moment, she stood with no baby in her arms or on her back or husband on her side. I remember that in that photo I was always struck by the way in which she didn’t look like the grandmother I knew. And perhaps that is the point; she is not my grandmother in that picture. She is not Mbuya Chigumadzi, Mai Chigumadzi, Mrs Kenneth Chigumadzi, Man Rophina, Tete Lilian, Yaya Lilian. She just is. She belongs to no one but herself. She is Lilian. That is who I find myself mourning for, more than I do for my grandmother.

“And perhaps that is the point; she is not my grandmother in that picture. She just is. She belongs to no one but herself. She is Lilian. That is who I find myself mourning for, more than I do for my grandmother.”

On the day Mbuya died, I felt the earth pull me down. I couldn’t sleep, I couldn’t read, I couldn’t watch TV. I think I could accept the death of Mbuya, because I had gotten to know that person. What I found difficult to accept was the death of the Lilian Dzumbira that I did not know. That is who I felt the deepest sense of loss for. Unsure what to do, I attempted to write down some questions:

Mbuya Lilian met Sekuru Kenneth Chigumadzi when he was working as a clerk near Mutare:

How did you meet Sekuru? Was it hard to live apart when he worked away in town? What did it mean to become a young widow with five children?

She had a stroke that paralyzed her twenty-three years ago:

Do you remember the experience of your stroke? Do you think it was your body forcing you to rest after all those years of hard work? What kept you going all these years?

I don’t have much recollection of her walking, except for the time she and Mbuya Chiganze came to visit us in Durban a few months before her stroke:

What was it like to take a bus and leave the country for the first time? What about seeing the sea?

You used to ask when we would come back to Zimbabwe. What made you stop asking?

To my mind, my life, freed by the almost limitless opportunities of my time, and hers, limited by the circumstances of her day, seemed to exist on planes so far apart. For years, I looked at her, and other black women, with the eyes of the world clouded by a disturbing shallowness that does not allow for realities too far from my own experiences and my own time. It wasn’t until I met the force of the unflinching stories of our mothers and grandmothers and aunts and sisters written by black women writers—Yvonne Vera, Ama Ata Aidoo, Alice Walker, Toni Morrison, Audre Lorde, Maryse Conde—that I was compelled to sit down and ask more of my view of their worlds, forcing me to find an answer to the question—what did it mean for a black woman to be in my grandmothers’ time?

Where I find myself in my writing, Mbuya found fulfillment in embodying a saying she often repeated: “Mukadzi haagari mawoko.” A woman does not sit on her hands. With those hands, she built a rich world as a caregiver, farmer, gardener, cook, baker, needle worker, doily-maker, cultivating a spirituality that is the very basis of the worlds I attempt to write.

When we visited my grandmother she often had the radio on, listening intently to the news, the talk shows and music of the day. Sometimes, when I’d leave she would tease me, saying, “Panashe, we will talk on Facebook.” When we lamented the changing weather patterns, she would comment, “I think it’s this issue of global warming making this happen.” Her little cell phone was always ringing, the young and old alike calling to ask her for advice on this or that life matter. If it wasn’t on the phone, they came to consult her directly in her bedroom that my family called the “head office” or “the court.” That is how she survived twenty-two years after a stroke. That is not the work of the body. That is the work of the spirit. 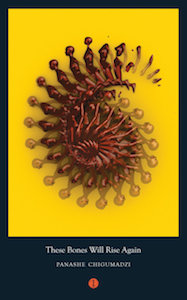 Panashe Chigumadzi is a Zimbabwean-born novelist and essayist. Raised in South Africa, she is the author of Sweet Medicine (Blackbird Books, 2015), which won the 2016 K. Sello Duiker Literary Award. A contributing editor to the Johannesburg Review of Books, her work has featured in titles including The Guardian, The New York Times, Transition, Chimurenga, Washington Post and Die Ziet. These Bones Will Rise Again (Indigo Press, June 2018) is her first book to publish in the UK.

Writing a Memoir to Honor My Younger Self

The Legendary Iranian Poet Who Gives Me Hope 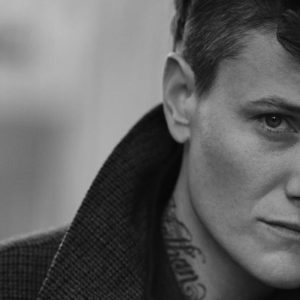 Writing a Memoir to Honor My Younger Self

Casey Legler is an artist, restaurateur, former Olympic swimmer, and is the first woman hired by Ford Models to exclusively...
© LitHub
Back to top
Loading Comments...