Veteran Drew Pham on How Ang Lee's Adaptation Gets it Wrong

Ben Fountain’s novel Billy Lynn’s Long Halftime Walk is an outcry against the gulf that exists between the military and civilians, and the effect of that divide on the complex fabric of American society. Both the novel and Ang Lee’s recent film adaptation take place during a football game in which Billy and his squad—all decorated for valor—are trotted out as props for the halftime show. In the process, Billy encounters all manner of civilians: grateful, indifferent, adversarial, but above all ignorant of the realities of combat. The conflict at the heart of the narrative stems from a Hollywood producer’s attempt to option the rights to the squad’s story for a film.

It’s ironic then, that a satire about the commercialization of warfare should be made into a big-budget Hollywood movie. Guy Debord’s The Society of the Spectacle asserts that spectacular society replaces authentic social life with its representation—the spectacle—just as Lee supplants the disruptive dissonance of lived experiences of war, and substitutes them with a facsimile of authenticity. Lee’s adaptation contradicts the moral lesson of Fountain’s book by playing into it, wresting the experiences of veterans from them and commodifying them for mass consumption.

Lee presumes that reproducing war’s effect through blistering visuals—120 frames per second, 4K resolution, all in 3D—somehow brings the audience closer to the subject, leaving the narrative complexity and satire of Fountain’s work by the wayside in the process. This follows the trend of films making similar attempts to capture an authentic vision of combat, from Saving Private Ryan to American Sniper. These films seem to assume that the audience can derive meaning from violence by its reproduction on the screen, but for combat veterans such as myself, the emotional landscape of warfare comes not from the fidelity of set-piece visuals, but rather from the discord between the reality of everyday life and the unreality of the traumatic event. Combat stress-related trauma emanates from this system shock, not from simply witnessing the grotesque.

The inclination towards hyperrealism is harmful because film cannot create an authentic experience of trauma, nor should it seek to. The attempt only widens the civil-military divide by fetishizing trauma rather than engaging with it. Fountain, a civilian, intentionally omits much of the combat experience for the sake of positioning the reader to see the absurdity of the soldiers being used as props, thereby allowing us to feel that emotional dissonance through something we witness everyday—the lionization of veterans. While the adaptation follows the plot of the novel faithfully, it fails to place the audience in Billy’s shoes. Instead, the excessive visual production values take priority over Billy’s interiority. Every shot is perfectly lit, and every detail is rendered with such precision that the images on screen feel too pristine to be real. As a result, the most realistic sequence is the over-produced artifice of the titular halftime show. Furthermore, Lee’s interpretation betrays the text by putting violence on a pedestal through the video game-like depiction of a firefight, and by leaning on clichés of how trauma manifests itself.

As much as we complain about the lack of fidelity between print and film, the difference in medium necessitates a difference in imagining. Successful adaptations of novels mutate the text on which they were based into emotionally compelling visions distinct from the source material. Terrence Malick’s interpretation of James Jones’s The Thin Red Line imposes his hallmark poetic visual style onto the visceral violence of the narrative. Stanley Kubrick’s Full Metal Jacket—based on Gustav Hasford’s The Short Timers—takes the theme of the failure of masculinity and power archetypes, and makes the audience complicit in accepting, subverting, then living with the contradictions therein.

In both films, the spectacle of violence serves the purpose of disturbing the viewer, via the unsettling elegance of battle in Malick’s film, and by the identification with the barbarity of the Marines in Full Metal Jacket. The climax of each work—the assault on a Japanese position, the confrontation with a Việt Cộng sniper, respectively—forces us to examine the journey that has brought us face to face with the enemy, the “other.”

Unfortunately, both Fountain and Lee paint the unwitting civilian as an “other” to be kept at arm’s length rather than engage in discourse. The audience can observe those people from afar and feel assured that they are different, because they empathize with Billy Lynn and his comrades. Given the satirical nature of the text, this might be excusable, however Lee dispenses with Fountain’s biting wit, focusing instead on a simplistic understanding of PTSD. What’s more, neither work substantively engages with the subject of the enemy beyond much more than vessel or source of the trauma narrative for the hero, Billy Lynn. At least Fountain challenges his audience, whereas Lee simply appeases them with an easy, archetypal narrative of the trauma hero.

The trauma-hero narrative is nothing new in the Western canon—the classics are littered with tales of afflicted warriors, as far back as Homer’s Odyssey and Sophocles’s Ajax. But we need to move beyond stories that have crystalized into tropes of soldiers haunted by conflict. We should also take note that Hellenic society obliged members of their body politic to fight its wars, whereas our military remains an all-volunteer force in which fewer than one percent serve. This civil-military divide creates a uniform ecology in films about the War on Terror. To the greater public it might appear that our wars are fought by hyper-masculine super heroes as depicted in The Hurt Locker, Lone Survivor, or Zero Dark Thirty. Perhaps Billy Lynn is an exception, yet Billy is still an extraordinary hero. The influence of those Hellenic classics places our heroes in the realm of the divine—think Achilles’s demigod status and Athena’s intercessions on behalf of Odysseus. But if we feel that our warriors are greater than us, how can we come to empathize with them, or empathize with their suffering, brutality, or courage? For all of us to face the effects of our seemingly distant foreign policy decisions, we need artists to dispute the simplistic dominant narratives about our wars.

The film’s antagonist, Norm Oglesby, tells Billy Lynn, “What you did that day no longer belongs to you. It’s America’s story now.” This line resonates in a political climate that seeks to use veterans as props to obtain power. Likewise, Lee uses Billy as scaffolding to craft an opiate pastiche of veterans for the international mass market. It is imperative to tell uncommon stories that challenge us, rather than sedate us. Veterans are producing stories that seize control from the Norms and Lees of the world in novels like Roy Scranton’s War Porn and Elliot Ackerman’s Green on Blue, or in Maurice Decaul’s play Dijla Wal Furat: Between the Tigris and the Euphrates. Each lifts us out of the spectacle, instead drawing the pain, beauty, and animus of war deep into the heart, but more importantly each seeks to reframe the question of war. Lee fails to recognize that war’s truth is more than a tableau of violence and strife. It is as Tim O’Brien wrote in How to Tell a True War Story:

In the end, of course, a true war story is never about war. It’s about the special way that dawn spreads out on a river when you know you must cross the river and march into the mountains and do things you are afraid to do. It’s about love and memory. It’s about sorrow. It’s about sisters who never write back and people who never listen.

Drew Pham is a veteran and a writer. 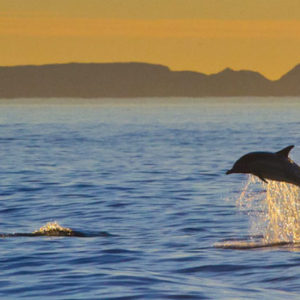 Some have called her “Karana.” Others “Juana Maria.” Still others, simply, “The Lone Woman.” Yet her true name...
© LitHub
Back to top