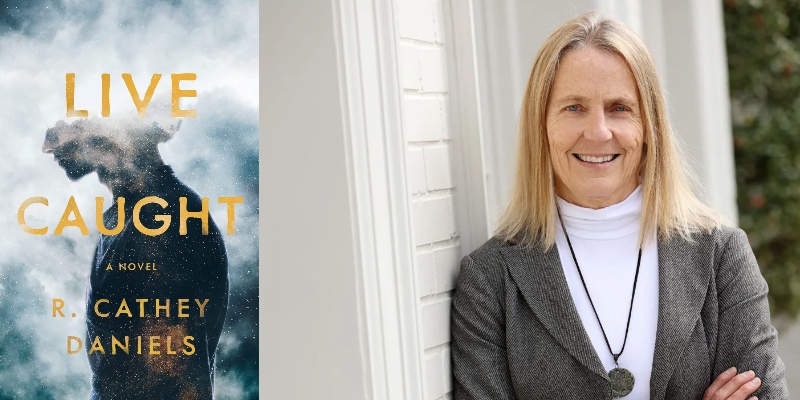 R. Cathey Daniels’ debut novel, Live Caught (Black Lawrence Press 2022), is set in western North Carolina, where she grew up. Her protagonist is Lenny, a 14-year-old who lost an arm thanks to his abusive brothers, and who thinks his father might have been preparing him to escape to the Atlantic Ocean. He thinks they’ll kill him next time. He steals money and a small boat, but a torrential storm destroys everything he owns and leaves him at the mercy of the tide. He’d have died, if a profanity-slinging priest hadn’t been fishing nearby, and now the priest offers Lenny some kind of salvation.

G.P. Gottlieb: How did you come to write a novel at this stage of your life, and why was this the story you chose to tell?

R. Cathey Daniels: Well, as far as why I wrote a story at this point in my life, it had been a dream of mine my whole life, and I’d been pretty unsuccessful at it. I had been a reporter and I’d written short stories and poems for myself, but whenever I tried to write a novel, I failed miserably.

I heard about a Stanford Novel Writing Program out of Stanford University; it’s a two-year program, and it’s a jury program. I submitted work, and I was fortunate enough to be accepted in 2013. Of course, then I needed a novel to write, an idea, so I opened up a writing book that was full of prompts, and I just took the first prompt that came along, and that prompt was, “As fast as you can, don’t think, write three opening sentences to a novel. Pick one. Make a paragraph, and then make a page, and then make a chapter. And if you like it, just keep going.”

So that’s what I ended up doing. I really loved one of the sentences I wrote. And it turned out that I went ahead and wrote 250 pages, 300 pages, beyond that. The sentence is no longer in the book, but it served me well throughout the book.

R. Cathey Daniels grew up in the mountains of Western North Carolina, attended Breward College and graduated from the University of North Carolina, Chapel Hill with a master’s degree in education. She is a 2016 graduate of the Stanford University Novel Writing Program. She was a semi-finalist in the North Carolina Writers’ Network Doris Betts Fiction Prize in 2021, a semi-finalist for the 2020 University of New Orleans Press Novel Contest, and won first prize in the 2018 Retreat West First Chapter Competition. When Daniels isn’t writing, she can be found in her garden, hiking, or shooting hoops with her grandchildren in her backyard in Oak Ridge, Tennessee.

Cheryl Collins Isaac on Writing About Ballet, and the Intersection of Beauty and Pain 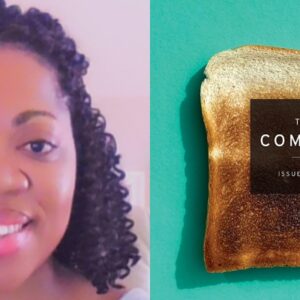 Cheryl Collins Isaac on Writing About Ballet, and the Intersection of Beauty and Pain

Cheryl Collins Isaac speaks to managing editor Emily Everett about her story “Spin,” which appears in The Common’s...
© LitHub
Back to top