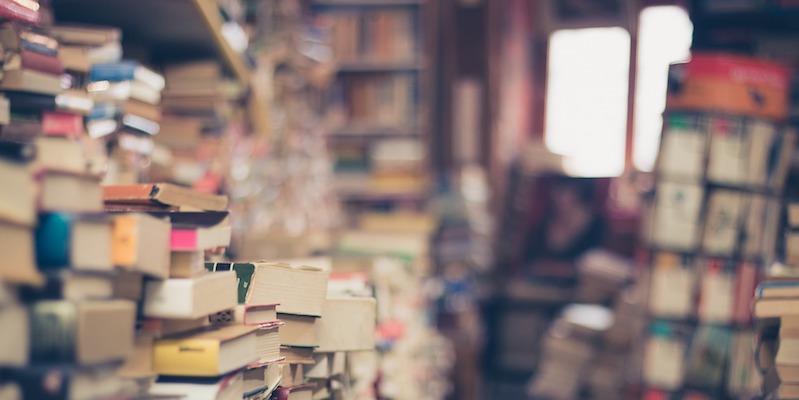 The Secret to Shopping in Used Bookstores

Summer is a good season for bookstores. As the weather warms, more foot traffic passes by on the street. Front doors can be left open to entice wander-ins. The relaxed flow of summer reading lends itself to spontaneous finds plucked from the shelf instead of purposeful winter tomes. And visitors tend to linger as the daylight hours lengthen.

At least some do. There’s another type of customer encounter that happens at least once a shift at the used bookstore where I work, sometimes a dozen times. A customer walks in, beelines to where I’m helming the front desk, and asks a variation of the same question: “Do you have this specific book?”

I’ve worked at the register for two used bookstores—the nonprofit Housing Works Bookstore in New York City’s Soho and the cooperatively run Adobe Bookstore in San Francisco’s Mission District—so I’ve fielded this question hundreds of times. It’s usually easy to answer. Often I know immediately that we don’t have the book in question, simply because it’s a new release. Used books have to be circulated to the public, digested, and then passed through households and among friends like persistent rumors before they make their way to us. For older titles, our inventory isn’t catalogued and changes daily, but I’m more than happy to search our stock in the relevant section, with occasional success.

So the question itself is a welcome one. What comes as a letdown is when I have to reply “No, sorry”—more often than not, the customer spins around and leaves without even a glance around the store. To me, that’s like walking into an art gallery, asking “Do you have any de Koonings?” and then immediately leaving if the answer is (as should usually be expected) a no.

For another type of customer, though, my “no” is just the first part of their experience in the store. The difference between those who leave disappointed and those who leave delighted is simple: the latter group doesn’t come in looking for a specific title. Or when they do, that predetermined search is just what brings them in the door—it doesn’t give them blinders to everything else the store has to offer.

I’ve learned to treat a visit to a used bookstore less like a treasure hunt and more like a nature walk.

My favorite used bookstores don’t pad their shelves with outdated computer manuals collected from garage sale free bins. Each one offers a considered selection of literature that has outlived passing trends. They’re also a good place to start when I get anxiety over the impossibility of making a dent in the world’s literary offerings. Many secondhand-seekers lean on Thoreau’s advice to “read the best books first, or you may not have a chance to read them at all.” A used book’s very endurance is a reassuring vote of confidence that’s harder to find in a new bookstore, where untested titles offer little to go on besides literary world hype and a polished publisher’s blurb.

Of course, that very immutability might deserve some scrutiny. One discussion that regularly pops up among the staff is whether our selection is current enough or if our shelves are in danger of becoming a museum to unevolving taste, the way my husband’s music playlist loops only songs from the 70s (sorry, honey). We know the canonization of primarily white male authors wasn’t an accident of history, and it often came at the expense of silencing other voices. Our challenge is to curate shelves that showcase history’s best minds without propagating its worst attitudes. It’s a challenge we engage with by highlighting women authors and authors of color, and in some cases supplementing donations and estate-sale purchases with our own secondary-market purchases. (Cleveland’s Loganberry Books once brilliantly shelved all its books by male authors spine-in during Women’s History Month.)

Those efforts aside, I don’t think a book should be dismissed just because it’s not still warm from the presses. Taste isn’t linear—with only a bit of effort, I’ve discovered diverse voices and engaging perspectives across the decades. Often that comes by paying special attention to the staff picks, which I know weren’t only meant to fill an afternoon or a slot on a school reading list; they fleshed out a part of that person’s mental framework that they hadn’t realized was barren and became something to fall back on again and again.

I’ve learned to treat a visit to a used bookstore less like a treasure hunt and more like a nature walk, with plenty of chances to enjoy myself along the way. Although searching for specific titles or authors has led to disappointment, curating a mental list of topics I can’t get enough of—New York in the 40s, the Beat generation, memoirs by female rock stars—gives me a place to start and regularly leads to happy surprises, especially when I look across genres.

When my own bookshelves start overflowing, I shop for my friends. Used books make the perfect low-stakes, just-because gift that won’t leave anyone feeling awkwardly indebted. Last year my friend was going through the tough process of having her eggs frozen. To lighten the mood, we would jokingly refer to the upcoming procedure as “the harvest” in our creepiest Halloween-witch voices. As a good-luck gift, I found a copy of Erica Jong’s aptly titled poetry book Fruits and Vegetables. (I starred the line “Ambition bites. Bite back.”) For other friends, I’ve found just-because gifts that spoke to their passions—Hitchcock, standard poodles—without even having those friends in mind when I walked in.

There are exceptions to every rule. Sometimes people come in asking for a specific book and I’m happily able to pull it off the shelf for them. Once a teenage boy came in looking for a copy of Victor Hugo’s Les Misérables. It turned out we had two copies, each by a different translator—an unlikely occurrence in a new bookstore. I watched in awe as another volunteer, a tech consultant by day, gamely explained the nuances of the different translations to help the boy decide.

Last weekend I was window-shopping in Santa Rosa and drawn into Treehorn Books. The wall-to-wall wooden shelves there are wonderfully over-crowded—any space above the rows of upright books is crammed with more books shelved horizontally, in defiance of neat alphabetization (every bookstore must take its own stance on whether that space is off limits or fair shelving game). I searched in the R’s for a specific Marilynne Robinson book but didn’t see anything by her. Instead, I wandered past shelves labeled for Pirates, Sabotage, and Disasters, got briefly absorbed in the Rodeos & Boardwalks section, and somehow ended up back in fiction where I snagged a pristine copy of Yaa Gyasi’s Homegoing.

That’s the kind of unexpected and satisfying journey I want everyone to have when they walk into a used bookstore to round out their summer reading list. I’ll continue to help people look for specific titles when they pop their heads in, but I’ll also encourage them to stick around and browse a bit. If you don’t know what you’re looking for, then you never know what you’ll find.

Kelsey Rexroat is a San Francisco-based editor and writer. Her essays and fiction have appeared in The Cortland Review, Litro, Jellyfish Review, The Hairpin, and McSweeney's Internet Tendency.

Stand With Us at the 2019 Border of Lights Virtual Vigil 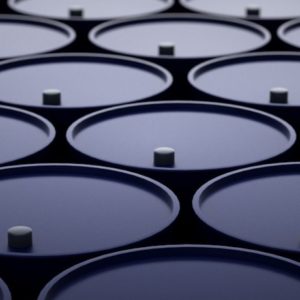 Every year, in December, Charles Koch hosted a private party at his home. It was a gathering for the elite group of Koch...
© LitHub
Back to top