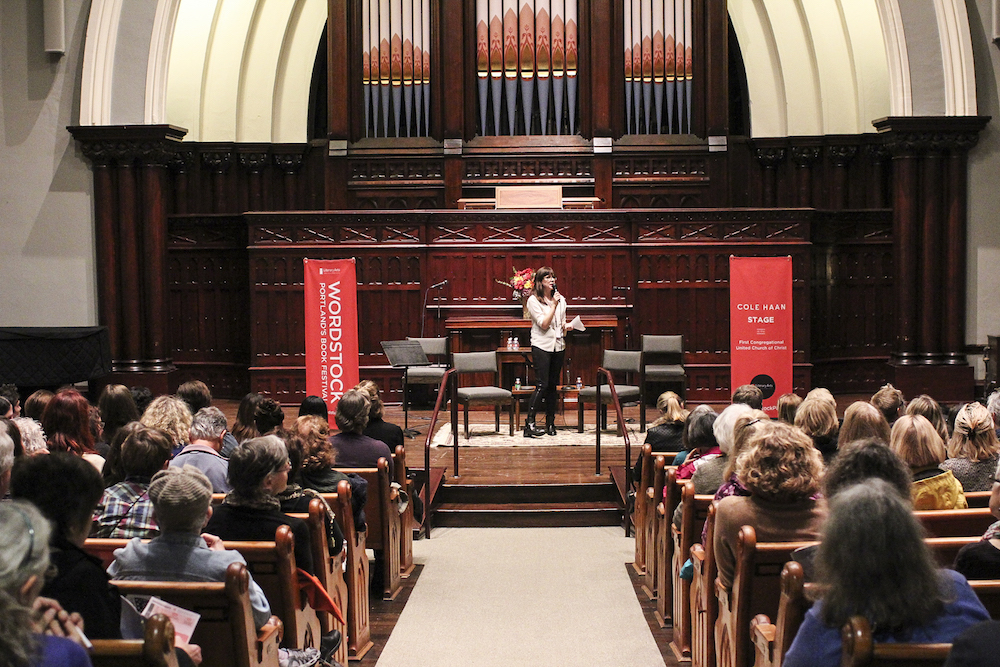 The Runaway Success of Portland’s Wordstock

Up on the third floor of the Portland Art Museum, where the Kridel Grand Ballroom has been turned into a book fair for a Saturday, the rumors have reached those of us bound to our booths, at attention behind our wares neatly stacked or otherwise prettily arranged. The people, we hear, so many people crammed into the ground-floor lobby of the museum. Lines of mind-blowing length, people standing in a downpour, trying to get in here. You do some hopeful math, and allow yourself to imagine what it would be like to leave here in about nine hours carrying nothing but a small box holding acrylic display stands and a gray table cloth and an envelope full of petty cash.

But first, the people have to reach you. The lobby is shoulder-to-shoulder, folks who spent 15 dollars to get in and are determined to attend their workshops or wiggle their way into one of the large auditoriums for a conversation among authors. The wide staircases appear to be wet, to say nothing about being crowded, and the two elevators in the lobby couldn’t possibly haul everybody up to the book fair. But the booths will be here all day, so you must believe they will eventually find you.

It’s a short walk from the hotel to the Portland Art Museum. The morning is dry, but chilly—lovely, really, given the stillness of downtown just before 8 am, and the trees skirted with fallen leaves, the brick buildings, the overcast sky. Portland is such an attractive city. It’s gray, yes, but the blocks are small, and it arranges its neighborhoods in ways that don’t dwarf you. It seems cozy. The people smile and are friendly. As a San Franciscan of 20 years, visiting Portland produces a pang of recognition, like running into an ex-girlfriend with whom you split up on the warmest of terms but haven’t seen in ages, and wondering, Why did things change for us the way they did?

The rumor is that the Wordstock people had been hoping for 2,000 pre-sold tickets and wound up with 4,000 sold. As the day goes on, the rumor will be that there are 6,000 people here, which is easy to believe. There are the writing workshops, but also Simon Winchester on stage, and Adrian Tomine, Arthur Bradford, and David Gates in conversation, and Mary Gaitskill, Claire Vaye Watkins, and Kathleen Alcott talking about their new novels, and Valeria Luiselli, Garth Risk Hallberg, and Sara Jaffe doing the same thing, too. And that’s just in the venues inside the museum. Across the street at the First Congregational United Church of Christ, there are Sandra Cisneros, Cheryl Strayed, John Irving, and Jon Krakauer in conversation with Barry Lopez, the line for which, we’re told, went around the church, twice. As one of the booth-minders puts its, all those people standing in the rain, trying to get a seat, trying to see one of these authors, that’s all out of love. 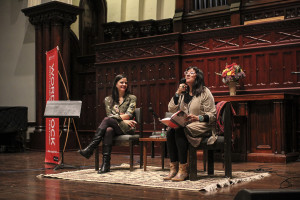 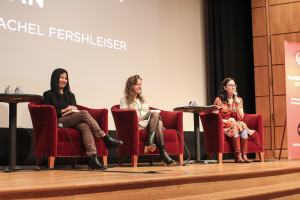 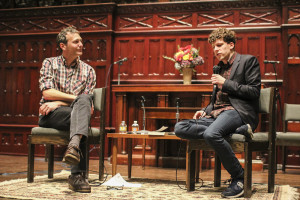 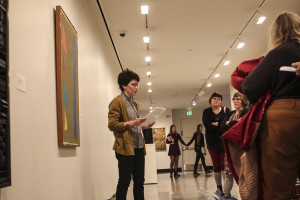 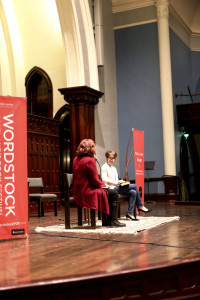 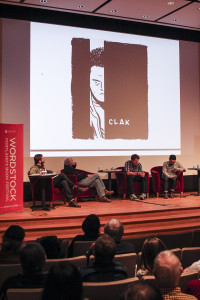 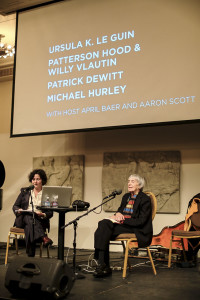 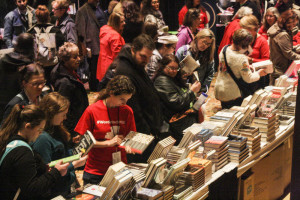 Inside the Kridel Grand Ballroom, the attendees ebb and flow through the four rows of booths. A pattern soon emerges: just before one of the onstage events begins, the stream is thin, either because people are maneuvering their way to a venue, presumably whipped forward by the imperative of getting their money’s worth, or because that scrum of people trying to get a seat is too much of a barrier to reaching the third floor. But like the ocean’s tides, high follows low, and right after the auditoriums are packed and the path is cleared, the stream fattens. An anxiety sets in: Does one stand? Sit? How best to greet the men and women who sidle up to the wares and browse? Leave them be, as if we were all in one big bookstore? Or offer that you’re happy to answer any questions they may have? And oh the questions they have, all of them pointing out in various ways that folks have no idea what you do or who you are. But not at Wordstock! People are familiar with the journal; they welcome you to Portland.

One exceptionally genial woman, guessing that most likely you haven’t left the museum for a bite (how would you get back in if you did?), offers you an untouched sandwich. More than one person chuckles at how the journal has rejected his work but that’s ok, they still love what you do. And the sales climb. Nothing eye-popping, but respectable. Anxieties are soothed. There will be books to haul back, for sure, but the point of having a booth at a Wordstock is to let people know you are here, part of a community they are happy to spend 15 dollars (really, ten: a five-dollar book voucher is included with the ticket) to be part of, if only for just a day. The fact is that you’re at a table for nine hours, standing, sitting, answering questions, watching books get picked up then (No, no, no!) put down, sneaking away for a coffee, scarfing a protein bar, wondering how you’ll get all this out in the pouring rain, hoping for just one more sale before 6 pm because why not end on a high note? All of that, not to mention the cost of getting here, for the same reason they stand in the rain then squirm their way through the halls, wet and maybe hungry. 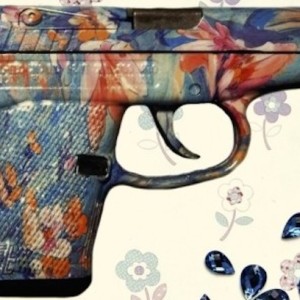 I met Montana Ray in 2009, when we both had just arrived in New York and were beginning the MFA program at Columbia. Montana...
© LitHub
Back to top
Loading Comments...