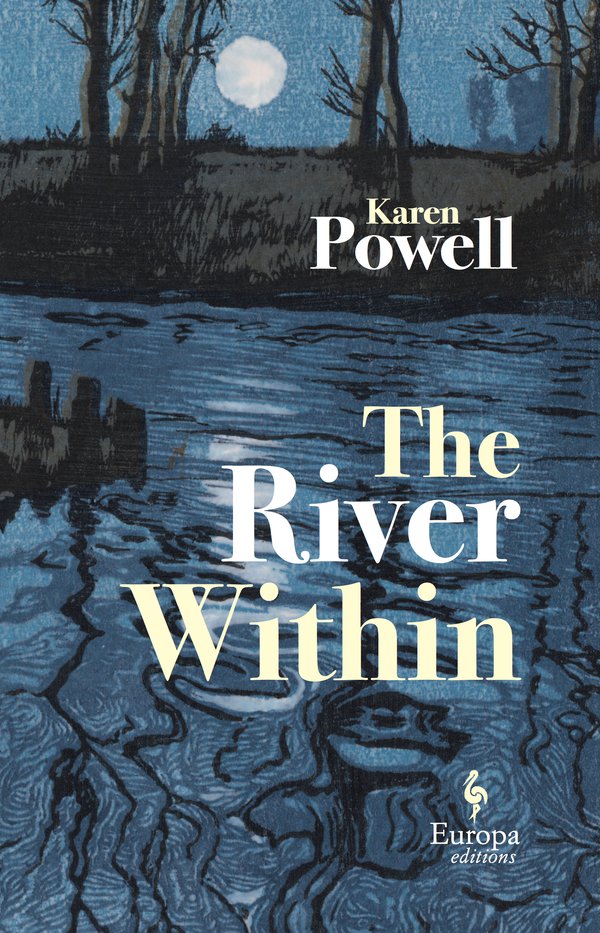 The following is excerpted from Karen Powell's debut novel, The River Within, about infatuation, class, and obligation. Powell was born in Rochester, Kent. She left school at 16 but returned to education as a mature student to study English Literature at Lucy Cavendish College, Cambridge. She lives in York with her husband and daughter.

Venetia was on her way from the stables when the men brought the stretcher to the Hall, the procession emerging from the wood and moving flat against the tree line like a panel from a stained-glass window. She saw and smelt the corpse as it arrived at the front of the Hall. The men drew to a juddering halt before her, their purpose fulfilled.

Two pieces of knowledge fixed themselves in her: that the small green car approaching the house was driven by Dr. Harrison—even with her eyes shut she could identify his inability to shift gear at the appropriate speed—the other that Danny Masters’ mother must never see her son in this condition. Reverend Jones had been firm on that subject too, so that now, in the cottage that marked the far end of the village, Mrs. Masters could only stand over her son’s sealed coffin and worry at the surface, repeatedly pawing the fresh wood as though trying to wear a path through it. It was just as well the lid had been screwed down.

Venetia sat in the best parlour chair beside a window that allowed in a small square of light. She sipped the tea that had been brought to her, thick with milk, and observed the theatre of loss playing out around her. Timid knocks came at the door, as though the dead might yet be disturbed; little collapses were followed by rallying; hot food arrived from a neighbour who did not want to intrude but still was pressed to stay. All these things she had borne witness to before, one version of grief very like another. Her presence constrained the mourners—all female apart from old Samuel Masters, Danny’s grandfather, who sat like a wood carving to one side of the coffin—but that wasn’t the point. She must fulfil her duties as Lady Richmond, and then leave the Reverend to it.

Her husband would have been better at this sort of thing. Having no particular affinity with women, even of her own class, Venetia had managed as best she could when Angus was away during the war, when bad news was never further away than an opening gate and a few short steps up a garden path. The women of the village would see Venetia and Reverend Jones coming and the screaming would begin before they had even reached the front door. It was as if they could not quite believe the telegram already sitting on their kitchen table until that point. The worst time had been Norah Ward, whose twin sons had been blown to pieces on an Atlantic convoy on the same day. All the tears in the world couldn’t put them back together again.

At least Danny Masters could be boxed up properly. The candles at the head and foot of the coffin drooped and stretched on unseen currents. It occurred to Venetia that Danny might have worked on the long, straight planks of the coffin himself—a simple enough project for an apprentice, one supposed.

A thin-faced woman was speaking, a different version of Mrs. Masters, younger by a few years and uncrumpled by a mother’s grief. The sister from Malton or somewhere that way.

She saw and smelt the corpse as it arrived at the front of the Hall. The men drew to a juddering halt before her, their purpose fulfilled.

One or two sets of eyes slid daringly towards Venetia, as if responsibility for all of nature lay in her direction. Mrs. Masters, a midwife who had delivered so many of the village children into the world, stroked the coffin, a stream of silent tears running down her face. But what was the point of crying? Tears came and came and then went away and nothing changed because of them. They served no purpose, thought Venetia, but Mamie Masters would never be pretty again, that was certain. Widowed some years ago and now her only son was gone, loss leaching all the moisture out of her.

Venetia had known Danny better as a small boy, and even then only a little. She pictured him and Alexander on the riverbank, arms slung round one another as they leapt and waved to a Hurricane passing overhead, bare chests puny in the sunlight. She recalled a freckled, open face, smeared scarlet, as he, Thomas and Lennie ate bread and strawberry jam in the kitchens of Richmond Hall; whoops and shrieks coming from the woods on summer evenings; an alliance made possible by that unspoken democracy that exists among children, broken only when Alexander and Thomas had gone off to Prep School.

‘It was an accident!’

Venetia jumped at Mrs.. Masters’ voice. She had missed some exchange, it seemed. ‘He would never . . . Don’t you dare say that in this house. Everyone one ends up in that bloody river. It should have been bloody concreted over years ago, I’ve always said it . . . !’ Mamie Masters stared them all down through watery eyes, and then the strength went out of her again and she fell forwards, stretching herself over the coffin.

‘Oh God!’ Her hands trying to gain a purchase on the smooth wood. ‘Christ, not my lovely lad.’

Venetia took the long route home, avoiding the Stride and the river path by cutting around the back of the village on a bridleway. She had no fear of the river—dead men’s fingers grasping beneath its surface were childish fancies—but she had no great affection for it either. The horses tended to shy away from the roar of the Stride whenever she rode that way and she did not trouble to insist, allowing them to find their own way through the woods. The water was black and angry and ugly, and she would not seek it out by choice but you could not get rid of it. Energy like that would only find its way to the surface again. You had to find a way to live alongside it.

She crossed the water where the bridle path emerged from the woods, by a humped stone bridge that lay directly below the Hall. Stopping for a moment, her eye ran over the building and its grounds before her, a kind of mental housekeeping she undertook every time she approached this place that had been home to her since she was a young bride.

A thin-faced woman was speaking, a different version of Mrs. Masters, younger by a few years and uncrumpled by a mother’s grief.

The sweep of sycamores lining the driveway promised grandeur, yet Richmond Hall was an unremarkable piece of architecture, designed by Vanbrugh but so lacking in baroque audacity that it was clear his patron must have imposed catastrophic restrictions on his plans. The dark-sand walls of the main house were plainly built, with modest borders at their base and only a blue clock face and a cupola to add interest to the garden wing. Money to build the Hall had come from an ancestor who’d profited from the slave trade, and Angus once remarked that the house looked a little ashamed of itself, hidden away at the far end of the valley, creeper pulled up over its walls and sills. But the land swelled here, opening out into a plateau, and Venetia, who never felt quite comfortable in the confines of the village, locked in its internecine troubles, always felt a sense of release on returning home.

Glass flashed as one of the French doors opened and Alexander stepped out onto the Great Lawn. Her son home at last, though he’d taken his time about it. Time. Time was what Mrs. Masters needed, the Reverend had said, a soothing recitation Venetia had heard many times over the years. He’d motioned to where Venetia sat, calmly drinking her tea, as if to demonstrate what time had done for her, Lady Richmond, widow, in just a few short months. Time would lessen the agony. Time and God’s comfort. Well, Reverend Jones could gesture all he wanted but Venetia did not care for the Reverend’s God, nor his comfort.

An Interview with Sean Pratt, Narrator of Hidden Valley Road by Robert Kolker 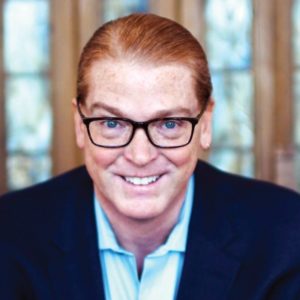 An Interview with Sean Pratt, Narrator of Hidden Valley Road by Robert Kolker Every Monday through Friday, AudioFile’s editors recommend the best in audiobook listening. We keep our daily episodes...
© LitHub
Back to top