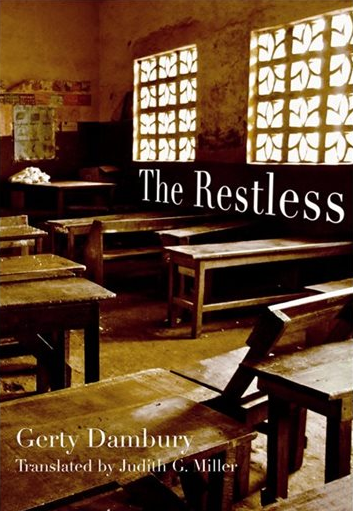 The following is from Gerty Dambury’s novel, The Restless. This lyrical novel, structured like a Creole quadrille, is a rich ethnography bearing witness to police violence in French Guadeloupe. Gerty Dambury is a theater director, novelist, and poet from Guadeloupe. She won the Prix Carbet de la Caraïbe et du Tout-Monde in 2015 for her play Le rêve de William Alexander Brown.

Let me tell you how the first suit the child’s father ever made got him involved with the communists, even if he didn’t plan it that way. And why he stayed, even if you’d never think he would, and even if he never attended the big meetings at the mutuality or participated in a cell. He just couldn’t get away from them. What happened is, his first customer was too poor to buy himself a suit, so he decided to pay Emmanuel in speeches and propaganda sheets until he had enough to give him real bills. Try to feed your family with that! But Emmanuel read what he gave him, and in a flash, became a total know-it-all on the history of the Soviet revolution.

The same thing happened with the Gaullists. Because of his discretion and his nice smile, the father got himself enrolled in the party of Charles de Gaulle by a school principal who also needed a fine suit. The end result? Depending on which orders came in, he’d become either a Gaullist or a communist, especially because he was crazy enough to agree with every idea that was expressed in his presence. He’d always remark, “Once you’ve said that, you’ve said it all.”

It was his way of showing neutrality, but everyone else just thought he was agreeing with them. And I can guarantee that he never added another word. Not a “You’re so right,” or a “Well, there I tend to disagree.” Only that expression: “Once you’ve said that, you’ve said it all,” which, of course, is just a way to say nothing at all.

He also knew how to keep his mouth shut if by chance the communist and the Gaullist got into an argument in front of him, because it sometimes happened that they both showed up around the same time for a fitting. Who knows why he never thought to give them appointments at different times. He just said, “Come by when you can.”

So, of course, they’d have at it in his workshop of just about two square meters. And in the middle of all those different-colored spools of thread rattling around on the floor, the piles of cloth, catalogs, tape measures, needles—and the mice those mounds of paper and cloth had attracted—the two opponents always battled it out, insulting each other. The father watched out for himself by keeping his mouth full of straight pins.

Emmanuel became a kind of black robot, busying himself with his customers, his chest covered in pins, his mouth full of them. The two men were so involved in their squabbling, it didn’t even occur to them to ask his opinion. In any case, his mouth was sealed on those occasions, and all he could manage was an occasional “Mmmm,” which could mean anything.

Oh, oh! I see a few other ghosts milling about. My, they’re growing impatient, but I can’t not talk about this aspect of his character. The child is still young, and we can’t allow her to wait for explanations from a father who never had an opinion of his own in the first place.

What could he possibly teach her?

He’s probably already messed his pants with all the events going on, and it’s not like he’d be the one to ask questions about a teacher who’s gone missing. I even wonder how upset he’d be if someone told him one of his kids had been wounded during the rioting. Maybe he’d say, “What in hell was he doing there?”

As if the fact of sidling into an alley and getting yourself beat up by a band of crazed soldiers proves how wrong you were to walk, just to walk, to get home from school or to run an errand for your mother—a simple everyday activity turned catastrophic.

I’ve only ever thought of the child’s father as a castrated rooster, as cowardly as a fart in the wind, a conseiller-j’applaude, agreeing with everyone—except (I’d almost forgotten this) when he screams that old refrain, the one we were taught a long time ago, the one we repeat without a second thought: “You need a whip to get those blacks moving!”

His thunderous voice could be heard even in the farthest corners of our neighborhood’s courtyards, especially when he went after his children, usually the boys—because his daughters were princesses and untouchable, at least most of the time. And we heard that voice too when he went after his wife; then it seemed to occupy the entire street, becoming a kind of sheet that swelled in the wind, growing bigger, flying horizontally, and projecting its shadow on the ground. But after having really strutted its stuff—pecs, tummy, ass—a sheet in the wind will suddenly lose its volume and hang limply from a clothesline. Now it’s big in front, now it’s big in back, but now—flop!—the wind stops, and it falls flat, lifeless, all dried up.

Well, Sauveur Emmanuel is just like that sheet when his wife gets angry. She’d finally snap and jump on him or throw a jug of wine in his face. He never expected it, and from the black fellow he was, he’d turn gray and trembling, calling out for help or stuttering, “Mé ka I rive’y?” And again, “But what’s got into her?”

Then his voice would shrink to a mere hesitation, stammering accompanied by a little smile, a smile seeking forgiveness. “Come on, you know my yelling doesn’t mean anything!”

After that tiny embarrassed smile, he’d shrug his shoulders and flee, while the mother’s voice would grow louder and faster, penetrating our streets, our little homes, even our bedrooms like a strong draft—while we kept prudently silent.

Frankly, when I say he’s a coward, I know I’m judging him too harshly. Of course he’s not the only person like that; his whole family is careful not to take too many risks. They take some, just what’s necessary to move up in the world, slipping in here and there, moving if possible without a hitch from one rung of the ladder to the next. And all of this carefully, slowly—but sometimes they explode without warning, as if to loosen the reins of their silent rage.

Really, when I think about it, this cowardice disguising itself as excessive caution is pretty much the norm for the entire neighborhood. Sometimes even the roosters won’t crow. They’re being prudent, as if their singing might reveal an opinion.

You might say I’m exaggerating, but I swear it’s true. All a politician has to do is show up, and the chickens kneel while the bull turns into a field mouse. The men’s voices, usually heard loudly complaining about the mayor, turn to whispers. Their heads incline, as if begging for something. They stammer; they laugh with the mayor or his lackeys; they offer him a shot of rum and charge it to the account they’ll have to pay later with money they aren’t earning. A total transformation.

I mean, when I think about it—or think about it again—why should I use the word “cowardly”? What makes me think they aren’t courageous? If you really dig into this story, you’ll see that everyone has a hell of a burden to carry, just with getting up in the morning and continuing to live their lives, with customers who don’t pay, salaries that never come in. There are so many songs about it; we can’t pretend it’s only a matter of complaining. And those hordes of children tumbling out of their wives’ bellies like red ants streaming out of a discarded loaf of bread during Lent, those debts accumulating in little shops—and that impression of never quite getting on top of things, that blacks are damned for all eternity, from century to century.

They have to be clever, tricky, and act like a fox—but all that leaves scars on the spirit. You can’t forget the other side of the coin: hating yourself for what you’ve become, for constantly questioning your life. You can end up detesting yourself, imagining what others think of you, and then rebelling, violently. You demand respect by brandishing a knife, consideration by carrying a revolver. You take revenge on slights you’ve only invented in your mind.

Some are satisfied, not by killing anybody, but by taking on another personality, by putting on a courageous and valiant face that shrinks any imaginary adversary.

For example, when the child’s father tells his own story, he becomes gutsy and daring. He’s always the one speaking the loudest, while his enemies sound like weaklings, with voices he’d prefer not to have, to never have, so as to not sound pathetic.

I think I imitate him pretty well. Yeah, that’s the child’s father, all right. The father she’s waiting for in the courtyard, while trying to fend off her fears.

From The Restless. Used with permission of Feminist Press. Copyright © 2017 by Gerty Dambury.

Margaret Atwood and Andrew O'Hagan on Fake News, Truth-Telling, and What Fiction Can Do 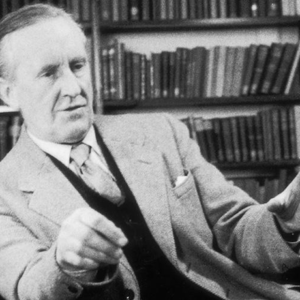 Lit Hub Daily: January 3, 2018 Ursula K. Le Guin does not like being famous (but still has a lot of fun making up stories). | Literary Hub We were...
© LitHub
Back to top