Jess Row on the Uncomfortable Contradictions of "Amazing Grace"

“Amazing Grace,” the song that informs all generic American notions of epiphanic thinking, was written by the English curate and former slave trader John Newton in 1772. Newton’s activity in the slave trade is well documented, including an incident when he was aboard ship for insubordination, then actually enslaved himself and forced to work on a plantation in what is now Sierra Leone. Neither that experience, nor a near-death experience during a shipwreck, convinced Newton to leave the trade; he worked as a sailor until he was too physically injured to continue, at the age of 30.

Although “Amazing Grace” is almost universally interpreted as an epiphany about the evils of enslavement, and Newton campaigned for the abolition of the trade later in life, he never described the hymn that way; he wrote it as a meditation on 1 Chronicles 17:16-17, where the prophet Nathan promises David that God will keep his family line intact for all time—a promise Christian theology interprets as foretelling the birth of Jesus.

What exactly is the quality of sight implied by the intercession of grace? Newton was a Calvinist who believed in predestination, meaning that anagogia was not strictly speaking accessible to him; in a sense the concept of grace itself is a way of leapfrogging over the darkness or occlusion of the Calvinist vision, in which salvation itself is a mystery. In late 18th-century England Newton’s use of the first person seemed crass and unsophisticated, and “Amazing Grace” went almost unnoticed until it reappeared 40 years later in the United States during the Second Great Awakening.

In a way that seems obvious if I step back a little from the overfamiliar language of the text, the song’s insistence on the singular speaker is its most exaggerated feature: “me,” “I,” “I’m,” “I,” “my,” “my,” “my,” “I,” just in the first two verses. This is a text about seeing myself: as Newton emphasized, over and over, the wretchedness and disgrace of the individual sinner, and the gift of grace even when it is not desired, understood, or wanted.

In a way, “Amazing Grace” is not about seeing at all, but being-seen: about the spotlight falling on you, for a distinct moment, maybe not entirely unlike Warhol’s 15 minutes of fame, “the hour I first believed.” In church revivals, where “Amazing Grace” plays a prominent part, the spotlight literally falls on the individual sinner making her way up the aisle to the pulpit. It’s about the performance of humbling (which should be distinguished from humility) in the presence of God but also the public.

This has made the song a useful and disarming tool in nonviolent resistance movements, as Mahalia Jackson used it in the 1960s, but it has also, concurrently, created a psychic model for self-transformation that Americans use in all possible contexts, from discovering a new makeup regime to choosing a health insurance plan: revelation beams down out of the sky, illuminates my present unhappy state, and changes my life inalterably, at that moment. This absolutism of the present, as Charles Baxter writes in “Against Epiphanies,” always implies that messages come down to us on Jesus rays through the clouds, complete:

The veil of appearances is pulled back and an inner truth is revealed. A moment of radiant vision brings forth the sensation if not the content of meaning. An epiphany, in a traditional religious context, was the showing forth of the divinity of the Christ child. It was, quite literally, an awful moment. Awe governed it.

An epiphany is supposed to be immobilizing and transforming. It’s supposed to point to the impoverishment or debasement or bad faith of the subject and give a direction for the future. This is an inherently faulty idea on any number of levels, but nonetheless, an extremely potent one: the belief that change not only shapes the future but obliterates the past.

In a way, “Amazing Grace” is not about seeing at all, but being-seen: about the spotlight falling on you, for a distinct moment, maybe not entirely unlike Warhol’s 15 minutes of fame, “the hour I first believed.”

Except metaphorically, John Newton did not in fact believe this about his own life. It would have been better if he had not survived to write “Amazing Grace” at all. His epiphany was bought with bodies. Isn’t this true of so many of the epiphanies, or redemptive moments, held up as examples in American culture? The cost of this wisdom is extraordinarily high, yet it’s supposed to be canceled or written off, like junk bonds or bad debts, when the viewer, or listener, or the speaking subject, stops paying attention to it.

An interesting property of formalist works of art is this: their non-formal properties, their “content,” doesn’t actually disappear because they’re not highlighted or beside the point. A Campbell’s Tomato Soup can painted by Warhol remains a can of soup, made of tomatoes, corn syrup, iodized salt, commercial-grade steel. The process of mystification, in which a material object, or experience, is flattened, fragmented, stylized, made reproducible, comes at a certain psychic cost.

So put it this way: the kind of seeing I’m interested in is the kind that measures the cost of my perceptions. What am I being asked not to see? What kind of seer, or artist, or person, am I being asked not to be? The awkwardness of the syntax implies the torsion of the thought. It feels “unnatural.” Or, you could say, it’s a new muscle being tested.

Here’s another moment of seeing-as-unseeing: the closest I’ve ever been to anagogia, structural or hierarchical insight, as Flannery O’Connor describes it. (Or, to use a term closer to my own background, prajna, the Buddhist Sanskrit word usually translated as “insight” or “wisdom.”) I was driving east across the country, from Oregon to New York, with my wife Sonya, in 1999. Just east of the Ȟe Sapa, where we had been visiting my uncle, on I-80 headed to Minnesota, we passed through Badlands National Park, a sea of desert gullies and buttes in the middle of the prairie, where the last of the Ghost Dances took place before the Wounded Knee massacre in 1890.

We had to make it to Ann Arbor the next day; we were moving there so I could start graduate school in creative writing that fall. I had just moved back to the US after two years teaching in Hong Kong. All the way from Eugene Sonya and I had been listening to a box set of Studs Terkel radio interviews from the 1950s and 60s, and as we passed through the park, she flipped the tape over and put on an interview with James Baldwin, in 1961.

You can see in the life of the country, not only in the South, what a terrible price the country has paid for this effort to keep a distance between themselves and black people.

TERKEL: So we don’t even know our own names?

BALDWIN: No, we don’t. This is the whole point. And I suggest this: in order to learn your name, you are going to have to learn mine. In a way, the American Negro is the key figure in this country, and if you don’t face him, you will never face anything.

While I was listening I was behind the wheel, with the white sunlight pouring down on my forearms. We were off the highway, in the Badlands, probably looking for a place to have lunch, or a bathroom. Passing more slowly among the buttes. That was the visible world; but something had changed my way of seeing it. It may be that after two years of living in a mountainside apartment—on a clear day, which was rare, you could see over the coastal mountains all the way to the Chinese border—I was used to seeing presence-and-absence, the vertiginous experience all expatriates have of alternating homesickness and euphoric happiness, longing and belonging. I had spent the past year reading Madhyamaka philosophy, the Buddhist school that most radically critiques any concept of inherent existence by undermining concepts themselves, and I was ready—in an unmistakably privileged, consequence-free way—to experience not-understanding.

This is what prepared me to hear Baldwin saying that what I thought was the real, or “realism,” in the fiction I was writing was another form of fantasy. I was performing what Brecht calls formal realism which is actually unrealism. This is another uncomfortable truth about actual moments of realization: they tend to arrive only when a person is ready for them. They require preparation, without necessarily knowing what the preparation is for.

Americans, who often fetishize ignorance and treat it as synonymous with innocence, have trouble with this idea: it works against the idea of the wretched, debased subject, who receives grace without doing anything to deserve or even imagine it in advance. It’s not that I had placed myself in a virtuous or privileged position, that day in the Badlands: just that, accidentally, what I was hearing at that moment resonated with what I had already been thinking and doing.

If I gained anything in that moment of listening to Baldwin’s voice, it was an anti-epiphany or even a meta-epiphany; and in this sense it matters intensely that I was listening to Baldwin while looking at something else. The formalist faith in seeing, in the transfiguration of the described object, the basis of Conrad’s dictum “to make you see,” stated most categorically in Joyce’s Stephen Hero (“First we recognize that the object is one integral thing, then we recognize that it is an organized, composite structure, a thing in fact . . . Its soul, its whatness, leaps to us from the vestment of its appearance”) was something I had to give up, without knowing what new aesthetic I had to replace it.

A Zen master once stayed in an interview with his student until late at night, and then lit a candle so the student could walk back to his room. As the student stepped over the threshold, the master called to him; the student turned around, and the master blew out the candle. That was his enlightenment. 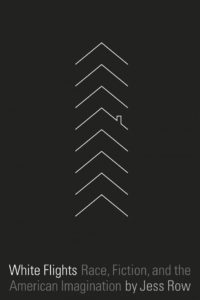 From White Flights: Race, Fiction, and the American Imagination. Used with the permission of the publisher, Graywolf Press. Copyright © 2019 by Jess Row.

Jess Row is the author of the novel Your Face in Mine, the story collections The Train to Lo Wu and Nobody Ever Gets Lost, and a book of cultural and literary commentary, White Flights. One of Granta’s Best of Young American Novelists of 2007, he lives in New York and teaches at the College of New Jersey.

My Life as Poet Laureate (of a Law Firm)

Please Take This Summer to Become Obsessed
With The Group 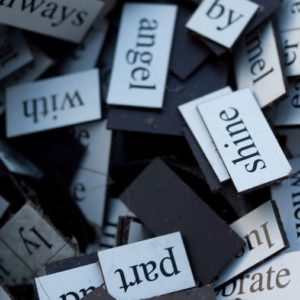 My Life as Poet Laureate (of a Law Firm)

Dana Gioia, the former chair of the National Endowment for the Arts, worked for years as a businessman while writing poetry...
© LitHub
Back to top
Loading Comments...