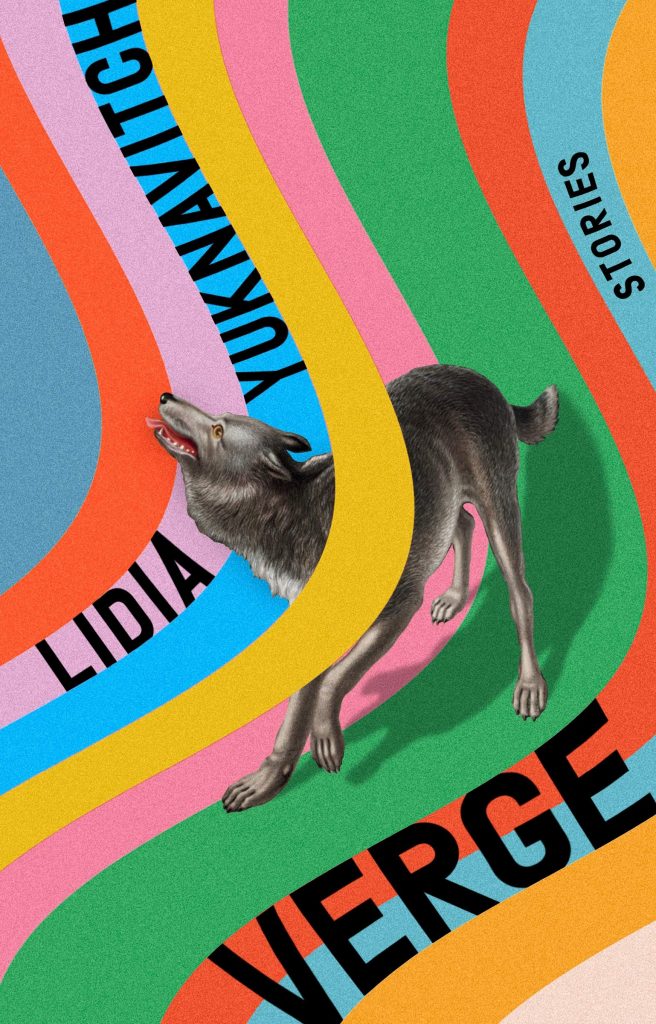 The following is a story from Lidia Yuknavitch's collection Verge. Yuknavitch is the nationally bestselling author of the novels The Book of Joan, The Small Backs of Children, Dora: A Headcase, and the memoir The Chronology of Water. She is the recipient of two Oregon Book Awards, a Willamette Writers Award, and was a finalist for the 2017 Brooklyn Public Library Literary Prize and the 2012 PEN Center Creative Nonfiction Award. She lives in Portland, Oregon.

In the water the swimmer feels weightless. The blue of the pool fills her ears and holds her body and shuts out the world. Swimming is her favorite state of being. On land, the swimmer can barely breathe.

She was not yet two, the story goes, when she first gravitated toward water. One afternoon, during a family trip to the Mediterranean Sea, she wandered off the edge of a dock before anyone could notice, dropping like a rock into the ocean. Her sister, five years older, dove in after her, pulling her back to the surface. When she emerged, she was smiling, not drowning. She remembers none of this; it’s a vivid story her family tells.

But then her entire childhood is like one long story she doesn’t want to hear. The kind of story that makes your chest grow tight as you listen.

There is one family photo left hanging in the hallway outside her bedroom, taken at a long-forgotten family reunion. Between the unsmiling relatives are spaces where others should be standing: An uncle. A cousin. A brother or an aunt. As if the whole family were disappearing one body at a time.

She doesn’t love anything more than water, except maybe her sister’s face. Sometimes, at night, she smooths the crease between her sister’s brows when she has bad dreams, as she has often since the tanks came. And her sister gently traces the cavities in her ear to help her go to sleep when her eyes stay open too late because she’s afraid of mortar shells. Her sister is like a lifeline to her. Two girls, twinning themselves alive.

She never has nightmares. What she has, instead, are water visions. As if the water is speaking to her.

Move your arms as if you are free from gravity. Open your mouth if you like, but do not breathe as you breathe on land; rather remember that breathable blue by closing your eyes. Then open your eyes. You can breathe underwater now. We all can. We all did. Before time. Now let your body sink rather than float. When you reach the bottom of the ocean, let your feet find the sand, let your weight come, stand up. From here, you can walk wherever you like. Starfish and turtles are here with you now. An electric eel swims by you, arched like an S, spotted yellow and blue. Look at your hands. Can you imagine fins? Spread your fingers wide. There was a time before fingers, arms, legs. Before the landlife. There is no alone in the ocean. There is only the lifedeath of water. Thriving.

There’s another story her family tells, about how swim coaches spotted her in a hotel pool, churning away all by herself. That’s how she got onto a swim team. Before the ground gave and the sky began to rain metal. Anywhere there was water, she found it. A kidney-shaped hotel pool next to the supermarket, the ocean on vacations, a bombed-out apartment complex with a half-full pool, leaves and dirt and dust and who knows, maybe blood, too, but she didn’t care. She’d swim anywhere. Swimming made the world go away.

Swim practice makes the swimmer feel alive. Her muscles moving her through water, the rhythm of breathing and not breathing, her heart pumping. The only people she feels close to are other swimmers. They don’t need a language to understand one another. Underwater all bodies look related, making the same shapes, creating the same rhythms, moving through waves different from one another and not.

Sometimes she wishes she could swim all day and night instead of going home.

But there comes a day after which everything about the swimming pool, and what went on inside her there, is transformed. School is being canceled more and more often, for weeks at a time, but still she and her friends text one another and talk about regular things. Kids tend not to notice change; they just want to be with their friends, to be normal. But there are warnings. There have always been warnings, but on this day her mother forbids her to leave the house for school or swim practice.

That afternoon, while her shoulders ache from not swimming, a screeching comes in the sky and then a deafening quiet, and then a bomb obliterates most of the roof and one wall of the swimming pool. Two swimmers who were friends of hers are killed, their bodies limp at the surface of the water, then sinking. They never swim another lap toward their own futures.

After death comes into her life and takes the water, all she thinks about is making for the ocean.

In her watervision the ocean underneath things hums through the bones and detritus of ships and sea creatures and the bodies of men and women and children and animals and coral reefs blooming and dying and plastic and oil and volcanic plumes . . . everything fluid, everything part of everything else. Whole civi­lizations next to new colonies of fish, new species, deeper and deeper meanings. Photosynthesis and its absence and yet life and more life. Underwater the death of things giving way to the life of things. No walls or roads or fences or states or bombs, only thermohaline circulation, the submarine streams, the impact of Earth’s Coriolis-­making motion. Tides pulled and pushed by the sun and the moon. The sea speaking to you. Her swells and re­ treats. Her creation and destruction and re­creation in endless waves.

When she and her sister leave their country, they already know the perils of the journey. Her parents know. Everyone everywhere knows. The story of how to leave came alive before they were born. Nightly conversations between family and lovers and friends and strangers, telling one another about the cleave of leaving. Her foreground is cluttered now, with her dead friends and the bombed-out training pool, all of it between her and her freedom to swim. She has the same desires as all kids: She wants to swim. Have friends. Go to school. Not to starve. Not to die. She grinds her teeth.

So when she and her sister leave, the leaving already has a story. They will join a wave of other leavers. The journey will move by land to Turkey, then through the Aegean to Greece, and from Greece twenty-two days to Germany. It won’t matter where people are from, what origin their bodies have. It will only matter that they travel together, like a new organism formed in the leaving of a place, a mash of languages and fears and desires. Like a new species emerging from water to shore.

In the Aegean, at dusk, when their raft like so many others around the world begins to falter, they are all so thirsty that salt and skin flakes are forming on their faces and around their eyes and mouths. The others on board are teens as old as she and her sister and much younger; two are infants; some are older. Among everyone there is a fierce sort of kindness, a violent compassion that might keep them all alive if they keep it afloat. When the raft begins to capsize, for a moment it looks to her like a tilted family photograph, as if the world has gone off-kilter and the people are spilling out of frame into the sea. She studies their faces, family of strangers, then looks back at the water.

The hardest part: Everyone in the raft can see the shore in the distance, but she can see on their faces that none of them is swimmer enough to make it.

In her watervision, the swimmer feels the pull.

There is a pull for some people when they are in big water. A pull no one talks about. The pull comes to people whose lives are too weighted. People whose lives break the story and travel to realms everyone else fears. The pull is cool and warm at the same time; it releases a body back to history; it is something like amniotic fluid, only stronger. Most people who feel the pull let themselves go down a little, sink underwater some. They let their arms and legs go limp, and they close their eyes and hold their breath with a superhuman calm. The kind of calm that comes to those people who believe as children that they can breathe underwater. Those who feel the pull then experience one of two things. Some thrash toward exhaustion, then move toward a kind of motionless surrender, as the water enters what used to be their breathing, as it did before we were born. The pull lives in all of us differently.

Then there are the others, who open their eyes underwater and a rush of agency comes into them, much bigger than breath, and they bicep and kick their way back to the surface and pull air back into their lungs in a great gulp. They fight for life.

The swimmer eyes the distance, her head a buoy on the surface of the sea. What would look much too far to a regular person—what looks terrifying, like a choice to drown, to the others on the boat—seems absolutely possible to her. She turns to look at her sister. She can see in her sister’s eyes that they can both make it. Treading water, her arms making figure eights and her legs pumping easily, she has no doubt in her body. They can swim to life. She reaches over and smooths her sister’s brow.

Then the sisters find the raft ropes and tie them to each other’s ankles.

This story has no ending.

We put children into the ocean. 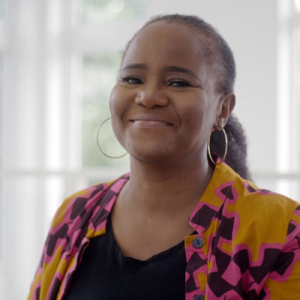