The Power of Music in Fiction: A Reading List

Most days start with music. I listen to an album while I cook breakfast, shower, and get ready. It is a rare day that ends without me having taken a dance break, moving my body to music to get my blood flowing. In high school, punk quite literally kept me alive. When I was writing my debut novel, The Boy with a Bird in His Chest, I wanted to capture the feeling music gives me, the way it can turn a mood or make me feel seen. In the book, Owen is born with a chatty bird named Gail living inside his chest. His mother hides him away for a decade, terrified of what will happen to him if his secret is let out. When he starts exploring on his own and ends up suffering an asthma attack due to a forest fire, his mother reluctantly takes him to a doctor. After a harrowing escape, Owen is sent to live in Puget Sound with his uncle and cousin. It is here that he finds his community and within that community, he discovers music.

While writing the novel, I made a playlist of songs I thought Owen would love. A lot of it was music I discovered in high school and in my twenties. Music like the Pixies, Angel Olsen, Leonard Cohen, and the Dirty Projectors. In the end, the playlist had almost 200 songs. I listened to it continually while working on the book, letting Owen’s music seep into my own life. It got me thinking about the importance music and dancing has played in other books. Here’s a list of a few books I’ve read recently that speak to the power of music and dancing in our lives. 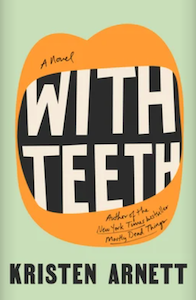 Sammie has been unraveling for years. The pressures of keeping her household running while her high-powered wife works and trying to mother a son who won’t listen has eroded her selfhood to the point that she no longer knows what’s her own anymore. In Arnett’s incredible novel, music pops up to pull Sammie out of her discomfort in the moment, most notably in the chapter when Sammie goes to a lesbian bar alone. The music swirls with the gin and tonics in her head long enough for her to feel free (and inevitably lead her to some very bad decisions). 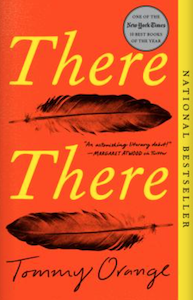 Tommy Orange, There, There

Music and dance are at the center of Tommy Orange’s debut novel, There, There. The cast of characters are all making their way to the Big Oakland Powwow. Some are traveling to reconnect with family, others to dance their traditional dance, and some to pull off a robbery of epic proportions. Of course, traditional Indigenous music plays a large role in There, There. Who could forget Orvil Red Feather putting on regalia he finds in the back of a closet and learning to dance while watching YouTube videos? 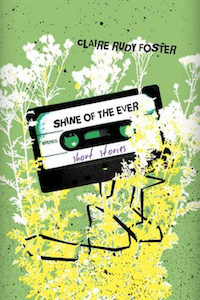 C.R. Foster, Shine of the Ever

C.R. Foster’s collection of short stories is described as “a literary mixtape of queer voices out of 1990s Portland,” so of course grunge, punk, and indie permeate its pages. The collection deals with queer love, addiction, and tenderness in a raw way, while remaining honest and funny throughout. Music is everywhere in the book—the reader is clued into the music playing in the background so often, we can hear the soundtrack to these stories. 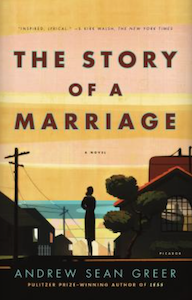 Andrew Sean Greer, The Story of a Marriage

It is nearly impossible to talk about Andrew Sean Greer’s The Story of a Marriage and avoid spoilers, so I will simply say it is a beautiful novel about marriage, secrets, and building family. When Pearlie, her husband Buzz, and their friend Holland go dancing on a Saturday night, it is nothing short of a spiritual experience for Pearlie. She falls into a trance while dancing with a young man, which Greer renders so perfectly the reader falls under the same spell. 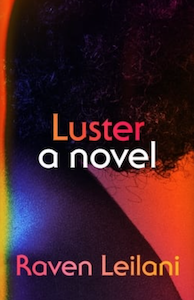 Luster, Raven Leilani’s raved-about debut novel, broke me out of a three-month reading slump. Edie, the narrator, is a young Black woman dating an older married man who is in an open relationship. In a wild turn of events, she moves into his house to live with him, his wife, and their adopted child. On their first date together, Edie and Eric discover they share a love of disco. The music fills the car as they drive back from the location of their date, a Six Flags theme park. Their shared love of disco becomes one of the few interests that bridges their age gap. Disco comes up frequently in the novel and each time, the reader is reminded of this intimate moment in the car on their first date. 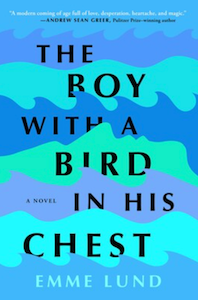 The Boy With a Bird in His Chest, by Emme Lund, is available now from Atria Books.

Emme Lund is an author living and writing in Portland, Oregon. She has an MFA from Mills College. Her work has appeared in Electric Literature, Time, The Rumpus, Paper Darts, and many more. In 2019, she was awarded an Oregon Literary Arts Fellowship in Fiction. The Boy with a Bird in His Chest is her first novel. Visit EmmeLund.net for more information. 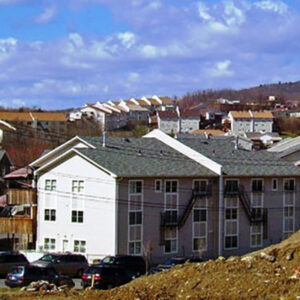