The Power of Facebook: How Big
is Too Big?

In episode three of fiction/non/fiction, V.V. Ganeshananthan and Whitney Terrell talk to The Atlantic‘s Alexis Madrigal and novelist Alexander Chee about Facebook, Russia, dark ads, and how writers are changing their relationship to social media.

Facebook World was very different. The stories that were succeeding were different. The old ways that people ran into stories—old websites, blogs linking to each other, smaller social networks, more niche things—were all sort of being swallowed up by this voracious social media beast, which was Facebook.

There’s a lots of things that can be hidden or revealed. And if there’s one thing Facebook doesn’t want to give away it’s how their ad targeting system really works.

Whitney Terrell on the absence of accountability for social media “utilities”…

If you think of it in terms of utilities, right, if somebody screws up the water system or inequitably distributes the water in your town, you can vote them out of office, right? but when it’s a private company that’s doing it, we can’t have a vote and say you know, Zuckerberg, we don’t like the way you did that, we need somebody else in there. There’s no accountability. That’s my concern.

I’ve learned a lot politically just by being on social media. My previous life in Kansas City felt a lot more isolated than it did before I had contacts with writers on Twitter or on Facebook. The problem being that, so, I’ve invested in this platform and yet it’s turned out that I don’t trust the people who run the platform.

Social media is like crack for a writer. It’s right there. It’s a thing for a person who’s going to be inside all day but then can still talk to people. I almost never leave my house on a normal working day and yet I can be in touch with people when I’m not writing.

Alexander Chee on the internet as a decrepit shantytown of information…

I guess I treat Facebook a lot like a phone tree from the old days of being an activist, where you call a friend and they call a friend and you know, everybody gets called eventually. That’s how I use it politically. There’s no other strategy for me than that. You know, I will say in this age that in some ways just saying the truth or typing it into an update bar feels like a strategy for staying sane, which is a very different kind of thing.

I think for me, it’s a lot like those bars I used to go to in Brooklyn, or cafes, where I knew that I would know someone if I dropped in, and if I was working a lot and I didn’t have to make plans I could just go out and see people. That was sort of the best thing for my headspace. I didn’t want what a friend of mine calls a shadow on the day, where you make an appointment at five o’clock, and then the part of you that writes is like, I’m sorry, but I can’t say anything because you’ve made this appointment at five o’clock.

V.V. Ganeshananthan on the illusion of infinite online information…

I remember going on the Internet for the first time and thinking how limitless it was and how answers to everything must be in there and then there’s these moments where you realize that your odds of finding exactly the thing you want might also be correspondingly small.

“What Facebook Did to American Democracy,” The Atlantic, Alexis Madrigal

“Small Change: Why the revolution will not be tweeted,” The New Yorker, Malcolm Gladwell 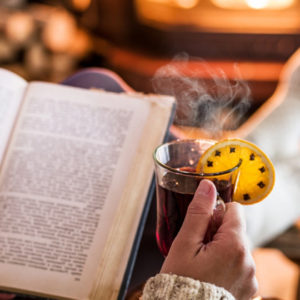