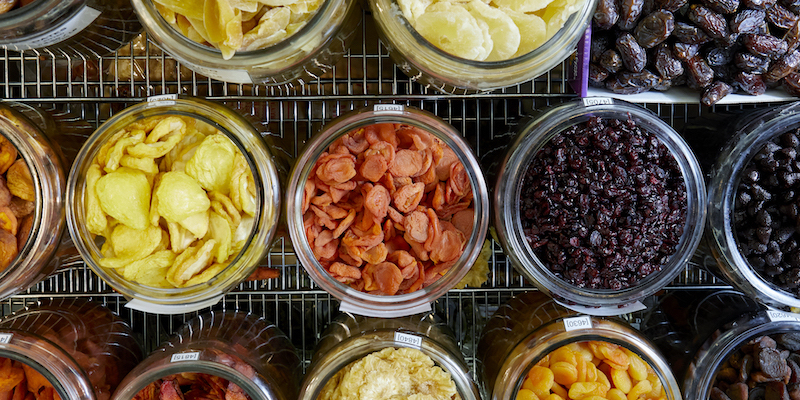 The Power of Couscous: Christine Sahadi Whelan Shares the Recipe for a Weeknight Favorite

Where Complexity of Flavors Meets Ease of Preparation

I have always loved to cook. My earliest memories are of peering over the shoulders of my Mom, grandmother and various aunts watching and learning. I would read cookbooks like novels, reading about techniques I had never heard of and foods that I had never tasted. I started taking cooking classes in my teens to expose myself to different cultures and flavors. This became a lifelong pursuit as I continued taking college courses and certificate programs in catering and large-batch cooking, as well as cheese courses and wine courses.

When I was 18 or 19 years old my family decided to do a boxed grain line. The first product in that line was couscous, which at the time was not mainstream at all. Most people thought of it as an exotic Moroccan dish that they would never make at home but would enjoy in a restaurant.  In my home we made couscous regularly as a quick and easy side dish. I was charged with making the grain more accessible for people and demystifying an ingredient that was halfway between a grain and a pasta.

We really wanted a recipe that would move this from an ethnic aisle item to something anyone would think of as a weeknight dinner or side dish. Ideally it would something that was good at room temperature or cold, and would be a versatile accompaniment to simple grilled meats or fish. Many Moroccan dishes have a sweet and savory component, so the raisins were a natural choice and using both golden and black raisins added to the vibrancy of the dish. Chickpeas added protein and red peppers and scallions a brightness and crunch. Our curry is exceptionally fragrant and the remaining spices added warmth and depth of flavor.  A rich extra virgin olive oil and the brightness of lemon balanced the flavors of the dressing.

We tasted the dish over and over to tweak the flavors and when the sample photos came out, we were thrilled with how well the dish photographed. A few months later that recipe was printed in New York’s Newsday and I was beyond thrilled. That same recipe has been a deli staple at Sahadi’s for over 30 years and appears daily in both of our stores. Throughout 5 box changes and redesigns, that recipe is still printed on the back. I still love the complexity of the flavors coupled with the ease of preparation. It is a weeknight side dish that shines and has stood the test of time.

Salads that can be served as either a main or a side are a year-round mainstay of our takeout business, and this is one of our most popular. It has lots of assertive flavors and textures that pair perfectly with everything from barbecued chicken to a savory pot roast. Consider doubling the amount of chickpeas if you plan to serve it on its own as a vegetarian entrée, or add a can of drained tuna for a nice lunch salad.

Bring 2 cups [480 ml] of water to a boil in a medium saucepan. Stir in the couscous and the 1 Tbsp of oil. Cover the pan and set aside for 15 minutes to plump.

In a large bowl, toss together the scallions, red pepper, black and golden raisins, and chickpeas. In a small bowl, whisk together the curry powder, allspice, salt, and black pepper. Stir in the lemon juice, then slowly whisk in the remaining 3/4 cup [180 ml] of oil until well combined.

Fluff the cooled couscous with a fork and add it to the bowl with the scallions, tossing to combine. Add 3/4 of the dressing and mix well. Set aside at room temperature for 1 hour to blend the flavors. Just before serving, pour on the remaining dressing and mix one more time. 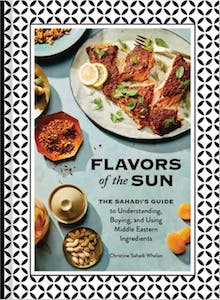 Christine Sahadi Whelan is the culinary director of Sahadi's and a fourth-generation co-owner. Sahadi's is a James Beard America's Classic Award-winning market in Brooklyn, New York, and the city's longest continually operating specialty food store. Established in 1890 and a fixture on Brooklyn's Atlantic Avenue since 1948, Sahadi's has been providing New York's Middle Eastern community with a taste of home for generations. A second outpost and café opened in 2020. Visit them online at sahadis.com. 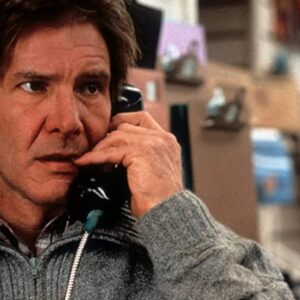