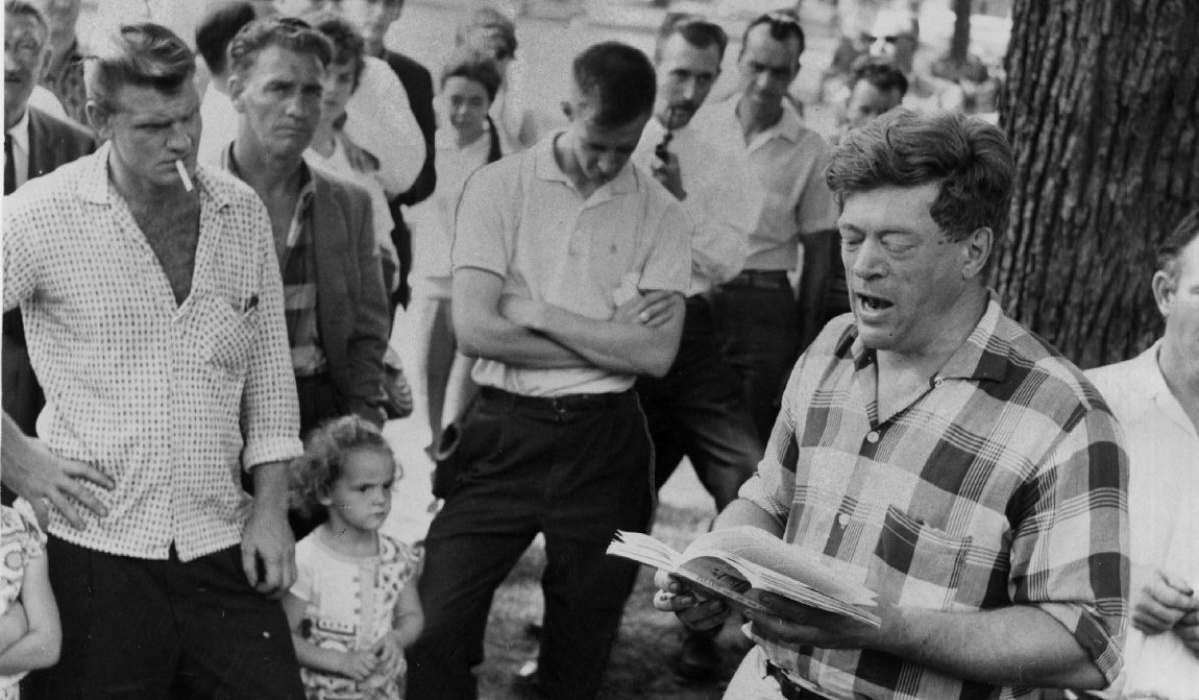 The Poets vs. The Police: On Standing Your Ground in
a Toronto Park

“In Canada, a poet, to make his way as a poet, has to be
a real tough bastard.”

His back against a tree, the crowd growing in front of him, Milton Acorn began reading from the Song of Solomon. He wasn’t a preacher, though, and soon shifted to one of his poems. “I shout love in a blizzard’s / scarf of curling cold,” the former carpenter read. “I shout love at petals peeled open . . . for love and pain, love and pain / are companions in this age.” Then Acorn, his face wrenched in his trademark scowl, turned to the police officers in the crowd. “Listen,” he warned. “When I shout love, I mean your destruction.”

In 1962, if you read poetry in Toronto’s Allan Gardens park, you would be fined. A group of local poets gathered each Sunday—at the foot of the park’s Robert Burns statue—to do just that. The Scottish bard couldn’t save them: a Toronto city bylaw banned free speech in parks without permits. One of the poets, Luella Booth, wrote in response: “A dead poet stands in the park / And underneath his feet / Living poets aren’t allowed to speak.” Acorn—a pugilistic poet and World War II veteran—knew that religious speech was allowed in the park, so his Old Testament preface bought him some time for a crowd to collect before turning to verse. At first, undercover police would take down names of poets for later citation; soon uniformed police broke-up the readings on the spot.

Opened in 1860, Allan Gardens had a history of protest. In 1882, Oscar Wilde gave a lecture there, “The House Beautiful,” which included the patently Wilde line: “The problem with America is the entire want of harmony or a definite scheme in colour.” A decade later, 1,500 women met there to create the National Council of Women of Canada to advocate for suffrage and other rights for women. In 1933, police clashed with protestors at the park—enforcing the same bylaw that banned poetry readings.

“In Canada, a poet, to make his way as a poet, has to be a real tough bastard.”

The poets wanted to provoke change—and weren’t afraid to antagonize. One poet, Tom Arnett, delivered a message to the police: “Listen, bulls. / We don’t read on your front lawn. / We prefer to watch our poetry penetrate. / We can’t read in our own backyards. / Such luxuries poets just don’t rate.” At first, though, public opinion was split. One sardonic, dismissive piece in the Winnipeg Tribune described Acorn as “a carpenter whose poetry sounds as if he should have stuck to his lathe.” In late July, a reconsideration of the bylaws was defeated 3-2, as one official opined “If we allow [poets] to declaim in Allan Gardens they will just move over to the next park where they would be prohibited from speaking and say free speech again. Where are you going to stop?”

Acorn was not easily dissuaded—his determination fueled by equal parts artistic devotion, and ego. “I created a new profession in this goddamn country,” Acorn once joked. “Poetry!” He was devoted to his craft: “In Canada, a poet, to make his way as a poet, has to be a real tough bastard.” Known for smoking his cigar while punching away at the typewriter, he had a knack for memorizing and performing his verse. Acorn was a poet of the people, passing out poems on the street—“to the appalled screams of the academics, who more and more wanted to keep the existence of poetry a secret.”

His 1969 collection, I’ve Tasted My Blood, was lauded in the Canadian poetry community. Al Purdy wrote the foreword, calling Acorn “a maverick and outsider, a man who speaks out at the wrong time, asks embarrassing questions of human society, and will not be satisfied by evasions.” When the book didn’t receive the Governor General’s Award, a group of poets—including Margaret Atwood—threw Acorn a four-hour party at Grossman’s Tavern in Toronto. They gave the poet a “silver-grey medallion on a violet velvet ribbon,” and a thousand bucks.

Acorn would later go on to win the Governor General’s Award in 1976, for The Island Means Minago, about his native Prince Edward Island. Decked in running shoes and a plaid shirt, he accepted the award, and then quoted from a poem for the audience: “Stick to your guns. You’ll win or fall beside them.”

Acorn and his poetry brethren stuck to their poems that summer in Allan Gardens. Their Sunday readings continued, and a Maclean’s editorial came to their defense. “We don’t care what their motives are: we’re for anybody who stands up to speak his mind in public, even if he does it in half-beat verse, and against anybody who sends a policeman to pull him in for doing it.” The editorial concluded: “A press and a people that is ready to respect law against reason is too fond of authority, or too lazy, for its own good.”

Ultimately, the bylaw was changed. The poets won. They were free to read beneath the statue of Robert Burns, whose own verse would have championed their working-class rebellion: “The Honest man, though e’er sae poor, / Is king o’ men for a’ that.”

The Birth of Quarantine Zines 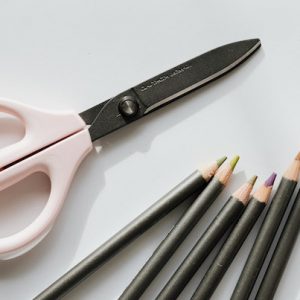 The Birth of Quarantine Zines

About a week into lockdown, my social feeds began bristling with #StayHome—a hashtag friends and peers used to catalog...
© LitHub
Back to top