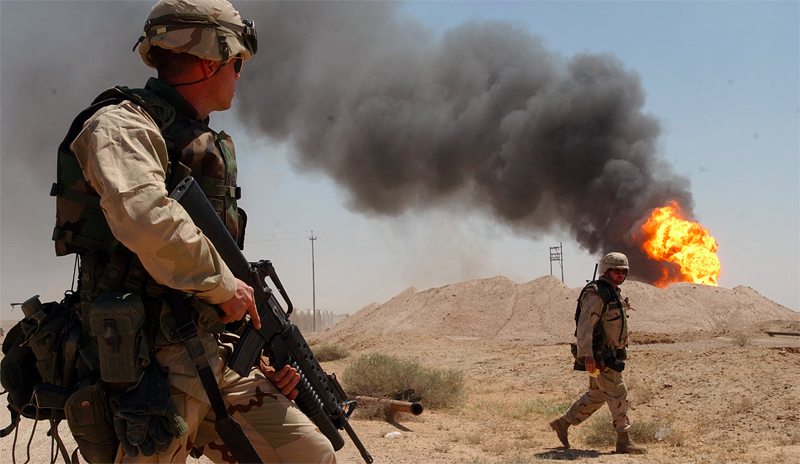 The Poetry of the War on Terror

I was 13 years old on September 11th, 2001, which means that my life since those attacks 15 years ago is now longer than my life before. Looking back, the 9/11 attacks forced me violently into political consciousness—it broadened my view of the world considerably in a very short amount of time. By the time I was 15, I was protesting the US invasion of Iraq and beginning to learn about injustices in the world, ham-fisted and ignorant as my opinions and actions may have been.

There is certainly no shortage of literature responding to 9/11 as an event. That undeniably evil act spawned two “wars” of dubious origin that continue to have repercussions for global politics and culture. However, fiction and poetry in particular have been slow to tackle the wars in Iraq and Afghanistan and the so-called “Global War on Terror.” These are wars that no one has won, that perhaps no one can. What poetry can do so well is careen headlong into gray areas, which makes it an excellent medium for exploring, critiquing, and memorializing the events and unrest in the Middle East following the attacks of September 11th, 2001 and the US Invasion of Iraq in 2003.

In the United States alone, the wars in Iraq and Afghanistan and the War on Terror have created an enormous amount of text; millions of pages of documents, classified, not classified, leaked, publicly available, and secret. And that data is alive, shifting second by second, every day. As soon as you grasp it, it’s gone. In the last three years, three collections of poetry have explored the violence of language, torture, and terror/ism along with the new normal of constant unrest in the Middle East: Samantha Giles’s deadfalls and snares (Futurepoem, 2014), Philip Metres’s Sand Opera (Alice James Books, 2015), and Solmaz Sharif’s Look (Graywolf Press, 2016). All three books interpolate, redact, erase, and remix the language of military detention, torture, and warfare to great effect, presenting and reflecting on history as well as unsettling our memories of it. While Western militaries continue to occupy the Middle East, military language has come to occupy the American vernacular. These three books are some of poetry’s first sustained forays into investigating that vernacular.

deadfalls and snares might be the slipperiest of these three books. Samantha Giles uses testimony on the Abu Ghraib prison scandal as well as photographs from the prison abuse to create her poems (though no photographs appear in the book), but her endnotes are elusive. Rather than citing sources, she cynically thanks, among others, “George W. Bush, Secretary of Defense Donald Rumsfeld, Alberto Gonzales, and Major General Antonio Taguba, without whom this book might not have been written.”

Giles uses a number of techniques to distance readers from the scandal, not as a protective device, but to show the surreality of the abuse. That’s not to say this book is impersonal. On the contrary, an early sequence Giles alters the pronouns in testimony so that the reader, “speaking” these words, is effectively inserted into the abuse:

I placed me on my backs, naked. And after that, I ordered me to sleep on my stomach, and I ordered the other me to sleep on top of me in the same position and the same way to all of me. And there were six of me.

With the repetition of personal pronouns it becomes unclear who is speaking, tortured or torturer. That gray area works as a metaphor for the gray area created by wars that were never officially declared.

Near the end of the book, Giles does something Metres and Sharif do not: she makes abstract the nauseating torture at Abu Ghraib. The final section, “Inversion,” does just that, inverting the closeness of the previous sections in the text. A series of pieces interspersed throughout this section turns the torture photographs we’re so familiar with into unrecognizable poems. Laid out in a grid on the page, at first it’s difficult to parse what’s being described:

Alongside these “photographs” are passages filled with what may be depictions of interviews with those who perpetrated the abuse in Abu Ghraib. The language is carefully inexact, even while pretending to be exact. It is inactive, possibly insincere:

made with the upper body in center foreground.

We are meaning to convey that we are emphatic about our opinions on this
matter.

We have coordinated the color and shape of our supporting documents with
the outfit we have chosen to wear on this important occasion of our
speaking.

The language is suspicious. Like her depictions of the photographs, they zoom in so far on the wrong details that the whole is no longer visible. It has the opposite effect of the pronoun switching, creating distance rather than closeness. However, even as the photographs and testimony become abstract, the reader can’t help but remember what they are looking at, causing each image, each act of torture, to snap back into focus.

As the title might suggest, Sand Opera is about listening and being heard. The book began, Metres writes in his notes, “out of the vertigo of feeling unheard as an Arab American” after 9/11. The operatic structure grounds the text letting Metres range far and wide. “I’ve found myself split,” Metres writes, “between my American upbringing and my Arab roots, between raising young children and witnessing the War on Terror abroad.” Metres enacts that tension by collaging a great many sources together, from the Standard Operating Procedures for Camp Delta at Guantanamo Bay (released as part of WikiLeaks) to a cookbook of Iraqi cuisine to the Bible (the Quran is notably absent).

Collaging allows Metres to reference the interrogation of Mohammad al-Sliha at Guantanamo, “who was exposed to ‘variable light patterns and music’—including Drowning Pool’s ‘Let the Bodies Hit the Floor,’ ‘Barney Is a Dinosaur,’ Rage Against the Machine, and the Sesame Street theme.”

Hauntingly, “Hung Lyres” is dedicated to Metres’ young daughters, adding another layer to the use of Barney lyrics. Such are the complications and juxtapositions Metres wants the reader to explore with him. Each section of “Hung Lyres” is titled “@”—most common in our lexicon as part of email addresses and Twitter handles. In Metres’ hands, however, it also becomes an ear:

the first thing I saw was your ear

I would be remiss if I didn’t mention the designer who worked with Metres on Sand Opera. Mary Austin Speaker is a poet herself, sensitive to the needs of text and the possibilities of image. While the poems in the collection are powerful on their own, some of the collection’s success is due to the judicious use of transparent pages to layer text and image, to redact and reveal. The title of the book is a redaction of St

These visual techniques provide new possibilities for the text, meaning each poem, each line, and each word do as much work as possible.

Sand Opera is a mind sorting through the information it has and trying to make sense of it. That it feels coherent and complete is an impressive feat and the book itself feels like an art object. By using the text he does, Metres preserves and critiques it, enacting the “vertigo” he experienced in a way a more traditional lyric is unable to do.

Unlike, Metres and Giles, Solmaz Sharif uses only a single source: the US Department of Defense’s Dictionary of Military and Associated Terms, a supplement to standard English dictionaries. “[T]his military dictionary is updated regularly, often monthly, with unclassified terms being added and subtracted as needed,” she writes. Sharif uses the October 17th, 2007 version of the dictionary throughout her book due to the “impossibility of keeping up with changes[.]” This version of the dictionary contains almost 6,000 terms.

Throughout Look, terms from the Department of Defense’s dictionary are in caps, but rarely defined. Like in life, they become part of our lexicon such that they are divorced from what they mean.

SEARCH my father’s profile: mustache black and holding back a

SECRET he still hasn’t told me,

SECTION of the couch that’s fallen a bit from his repeated weight[.]

Sharif is of Iranian descent—“By five, I knew I was // a HEALTH THREAT”—so mingling military language (sans military context) with poems about her family is unsettling and powerful.

with the language
they’ve made

to NEUTRALIZE
the CAPABILITY OF LOW DOLLAR VALUE ITEMS
like you.

Despite her source material being the most benign (as benign as a military dictionary can be), Sharif’s poems feel closest to the conflict. “According to most / definitions, I have never / been at war,” she writes in “Personal Effects,” a long poem about combat and photography. “According to mine / most of my life / spent there.” And then:

you go home to mother,
press a dog tag to your temple,
press a gun to that,

the tag flowering
into your skull. Thank God
for all-weather floor mats

they are cold enough.

In a standout sequence called “Reaching Guantanamo,” Sharif erases not government documents, but imagined letters to Salim Hamdan, a prisoner at Guantanamo Bay who was released in 2009. The sequence opens:

If Metres’s book is an attempt to be heard as an Arab American, Sharif shows us what that silence looks and feels like.

Though this is her first book, Look displays none of the hesitations of a debut writer. Sharif is in command of her abilities, the book at once complete and unified, but varied in subject, tone, and form. It’s a distinguished introduction.

All three of these collections attempt to fix in time (or out of time?) some of the information the War on Terror has created. They begin to synthesize and deconstruct it. Giles, Metres, and Sharif have begun to explain the infinite to us, or at least the infinite depths of absurdity government can create in the name of “security.” All three succeed in using dishonest military and government language to speak truth. In a time when the Western world is wondering what to do with the displaced people our wars have caused, Sharif writes, “My DISTRIBUTION / over the globe debated and set to quota. A nation can only handle so many of me.” This is personal.

In their books, Metres, Giles, and Sharif present the language of the War on Terror as something to be questioned—one might say interrogated—something that deserves our suspicion.

“When the bombs fell, she could barely raise / her pendulous head,” Metres writes of one of his daughters. Those daughters are older now, and these collections come as they and other young people born since 9/11 are beginning to come of age and (I hope) opening their eyes to American and global politics. In addition to preserving his sources, Metres is creating a document for his daughters to better understand their father and their heritage.

Indeed, all three poets are preserving history. In their books, Metres, Giles, and Sharif present the language of the War on Terror as something to be questioned—one might say interrogated—something that deserves our suspicion. Taken together, these books become a call to reassess the dailyness of warfare and the way military language in our lives has become routine (drones, IEDs, collateral damage, etc.). Language is alive and it’s the job of poets to document and respond to it. Metres, Giles, and Sharif have begun the work of critiquing our military’s language and methods, opening doors for young poets to continue exploring the vocabulary of the War on Terror.

Timothy Otte's text has appeared in or is forthcoming from Denver Quarterly, SAND Journal, the minnesota review, Tinderbox Poetry Journal, and Sundog Lit, among others. He was a 2014-15 Loft Literary Center Mentor Series winner and is currently working on his first collection of poems. He is from and lives in Minneapolis, Minnesota. Say his last name like body.
http://www.timothyotte.com 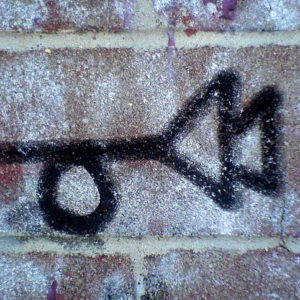