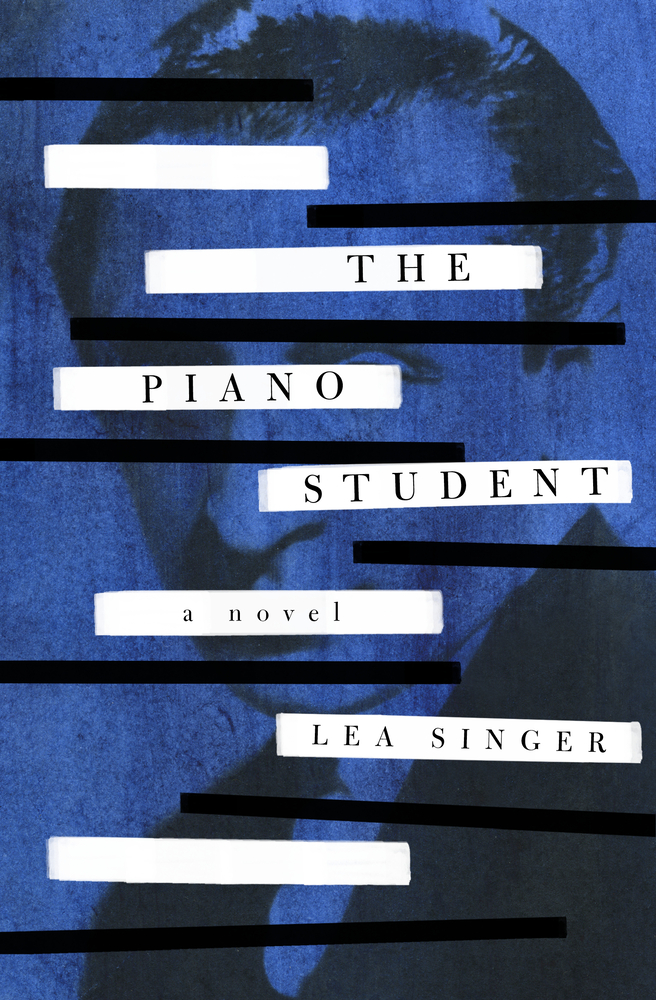 The following is excerpted from Lea Singer’s new novel, The Piano Student, on the affair between pianist Vladimir Horowitz and his young male student in the late 1930s. Singer is a German cultural historian and a novelist who uses a pseudonym for her fictional works. She has authored biographies of Frédéric Chopin and Wolfgang Amadeus Mozart. Elisabeth Lauffer is the recipient of the 2014 Gutekunst Translation Prize. She lived in Berlin where she worked as a commercial translator.

The only piano bar in Kreis 4 was on Kanonengasse, and it seemed ashamed of the address. The single-story structure hid behind an apartment building from the fifties, illuminated in pink to mask its actual color. Faded lettering above the door read Egger Coal Co.

Pianos had always been a rarity in Kreis 4, and unless they had reason to, it wasn’t like people went out looking for them. No one knew why the old coal depot had one—black, well-maintained, and in tune, Ibach stenciled in gold inside the lid—or who had donated it, but as far as superstition was concerned, this exotic artifact carried nearly the clout of a shooting star.

The man at the piano sat with his back to the crowd, an extended family of the disenchanted, who would sooner risk further disappointment than abandon the belief that the night still had something astonishing in store.

The pianist did not notice when around midnight, they all turned to stare at the stranger who walked in. He was focused on the satin curtain behind the piano. Beringed fingers with long, glittery nails parted the fabric to reveal five feet, eleven inches of pure sex appeal. Her hairstyle was plucked from the silver screen of the sixties; the black bowler hat, garter belt, and high heels from the seventies; her figure from the pages of the latest clothing catalogs. She had the best pair of legs in town and no need for shoulder pads. The smoke and metal in her voice and languid swing of her hips were known to beguile. At the end of the set, the crowd was howling within the first few measures as she closed with a little ditty about a gal named Tiger Lily.

The stranger had taken a seat off to the side at the very front, where the room was darkest and the view of the pianist’s back unobstructed. His posture at the keyboard was strikingly erect, his bearing strikingly quiet. His arms moved only from the elbows down, while his shoulders remained still. Unusual for a bar pianist. He used the pedals sparingly, too, and neither hammered the keys nor sang along. The light gave his hair a golden glow, but it was clearly white.

Everyone here knows that this is my poison after singing. He took a swig.

After receiving a glass of the champagne the stranger had treated them to, the pianist stood, blinked into the half-light, and smiled vaguely. Large, slightly protruding incisors, his opened mouth unusually full and rosy for a man probably pushing seventy. As his lips parted, his high cheekbones were thrown into relief and his eyes turned into glittering slits. He continued to play solo, the tone more subdued, as though to allow guests the option of listening. No one was watching the stage now but the stranger. Tiger Lily emerged in jeans, a t-shirt, and sneakers, and sat down beside the stranger, beer bottle in hand. There were traces of makeup in his stubble, and the Monroe wig had left a groove across his forehead. New here?

The stranger gazed steadily at the pianist’s back. You bought me champagne. Tiger Lily’s speaking voice was baritone. Everyone here knows that this is my poison after singing. He took a swig. The stranger leaned forward. Tiger Lily reached for the stranger’s glass, held it up to the stage light, and set it back down. Water! Water at midnight!

What, have you already dragged your way through all the finer establishments the Fourth has to offer? The stranger’s silence was as smooth as his leather jacket. He’s too good for a dive like this, isn’t he? Tiger Lily teased. The stranger leaned farther forward. Lily leaned in too, his mouth now by the stranger’s ear. My song? He composed it himself. He’s all about Beethoven and stuff like that.

Tiger Lily gave up after the second bottle of beer. He sat there with his head tipped over the back of the chair and his long legs extended, when suddenly the stranger addressed him. What about Schumann?

What about what now?

Schumann. Can he play Schumann? “Träumerei,” Please ask him to play “Träumerei” by Schumann.

Tiger Lily hoisted himself up, muttered something about Nazi film music, and shuffled toward the piano.

A long thirty seconds passed before the man at the piano began to play.

The pianist remained seated and asked Tiger Lily a question, probably double-checking. He must have been baffled by the request. He paused, motionless, as though he had to get his bearings, but did not turn around. It seemed he preferred not to know who had made the request, this request from another world.

Tiger Lily, wielding a broomstick and back in the stilettos from earlier, climbed on stage and pounded the wooden boards like a drum major until the room quieted. A long thirty seconds passed before the man at the piano began to play.

The stranger sat there with his eyes closed, not leaning on anything.

Notes rose hesitantly, like the memory of something distant, but never forgotten. It seemed the pianist wasn’t so much playing as he was ruminating, straining to hear whatever it was his fingers would awaken. This was the wrong place for it, but the music was so quiet that everyone was listening.

No one noticed the stranger crying. After a few minutes, it was over. The resonance that followed seemed to forbid any other sound. No one applauded. It was only once the pianist rose and—moving gingerly, as though something had thrown off his balance—made his way toward where Lily was lounging, that the din resumed.

Lily stood and offered the pianist his seat, then ambled over to the regulars’ table. On the wall behind it, colorful lightbulbs and plastic roses framed memorabilia honoring the bar’s most notorious guests.

The stranger had slumped down in his chair. His upper lip trembled, but he was otherwise still.

It was you, the pianist said. You’re the one who requested “Träumerei,” aren’t you?

The stranger turned his face toward him, a withdrawn, olive-hued face, as far as one could detect in the low lighting, evenly proportioned and ordinary.

Who are you? the stranger asked.

The pianist smiled again in the girlish way he had, winsome and warm. Are you asking who I am or what my name is?

The stranger did not reply.

My answer to question one is never satisfactory. I don’t really know, no one does. I’m a lot of things and nothing at the same time. So, to answer number two: Kaufmann, Nico Kaufmann.

The barflies were all too focused on themselves to notice the quiet men sitting in the darkest corner of the room.

The stranger had lowered his head again and was speaking, although more to himself than in conversation. Was what happened with “Träumerei” really thirty years ago? Yes, it must have been. 1956.

So, when you were a teenager?

Fifteen, although I usually told people sixteen or seventeen. My God, there it is again. That’s music for you. Crazy. Like it was yesterday. He fell silent. Madonna was singing “Like a Virgin.” Kaufmann hummed along and waited. Tiger Lily set two glasses of red wine on the table. On the house, he said.

The stranger didn’t thank him, didn’t drink, simply gripped the stem of his glass and remained silent.

When Kaufmann asked the stranger what had brought him here, to this neighborhood, to this bar, at this hour, he didn’t respond. Madonna was still singing.

The stranger looked up. Are you Catholic?

Deadly sins. My mother always spoke of seven deadly sins. Do you believe in any of that?

Can’t say it’s a topic I’ve ever discussed in a bar. Kaufmann took his first sip of red wine. So if that’s what you want to talk about, but you evidently aren’t drinking—he took another sip—then why go to a bar?

The stranger edged his chair in closer to Kaufmann. He’d been searching Zurich for a piano bar since that afternoon, he told him, looking for someone who could play Schumann’s “Träumerei.” What with the time spent abroad and living outside the city, he was now totally out of the loop. He had asked around widely whether anyone knew of a bar with a piano, be it a hotel bar or some trendy cocktail bar. The bar in Kreis 4 had been the eighth or ninth. The last one left.

But why, after thirty years, did you suddenly have to hear this one specific piece that’s barely three minutes long, ideally even shorter?

I wanted to show my thanks.

Kaufmann faltered. To whom? The pianist who played it back then?

No, to the piece. I wanted to thank the piece. Without that piece, I’d’ve been . . . the stranger looked at his watch. Dead for the last fourteen hours and thirty, maybe forty minutes.

Then he stood up.

I have to go, he said quietly and zipped up his jacket. Kaufmann’s right foot had fallen asleep, but he stood up too.

I’m coming with you, he said.

Excerpted from The Piano Student by Lea Singer, translated by Elisabeth Lauffer. Excerpted with the permission of New Vessel Press. Copyright © 2020 by Lea Singer. 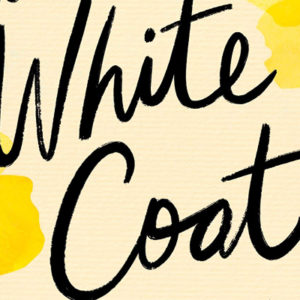 The White Coat Diaries by Madi Sinha, Read by Soneela Nankani Every Monday through Friday, AudioFile’s editors recommend the best in audiobook listening. We keep our daily episodes...
© LitHub
Back to top